The beginning of every month feels a bit like Groundhog Day when the Real Estate Board of Greater Vancouver releases their monthly statistics. August’s sales data reveals, you guessed it, more bad news for average Vancouverites looking to get into the housing market.

The numbers are best read after producing an audible groan and taking a shot of some very potent liquor. Go ahead, we’ll wait.

Okay. We’ll start you off slow.

The slowest real estate market in Vancouver continues to be the sale of apartment properties, which only increased in price by 6.3 per cent between August 2014 and August 2015. The number of sales increased by 32.7 per cent and the MLS Home Price Index benchmark price currently sits at $405,400.

Not too bad, right? Moving on.

The number of attached property sales, such as townhomes, increased by 18.7 per cent year over year, the average price in August was $511,500, up 7.3 per cent from the year before.

So, half a million could get you a 650 square foot, one-bedroom townhouse on Vancouver’s West Side. That’s not great, but things do get a lot cheaper the farther away from Vancouver you go. C’est la vie.

This is when you want to pour yourself another drink. Or take a sedative. Or get into one of those relaxing yoga poses.

The most dubious data is, as always, in relation to detached homes. You know, the kind you grew up in with the nice backyard, driveway, picture-perfect maple tree in the front? Or something like that?

All in all, there was a 21.3 per cent increase in the number of homes sold in Vancouver in August compared to the same time in 2014, though the number did decrease if you compare it to July 2015 data which had 15.5 per cent more sales than August.

Prices in August were 27.9 per cent higher than the 10-year average for the month and the number of listed properties were 26.2 per cent less. More demand, less supply.

“There was no summer lull in our market this year. Home buyers have been working with their REALTORS® throughout the summer months,” Darcy McLeod, Real Estate Board of Greater Vancouver president said. “They’re motivated, but they’re competing for a smaller supply of homes for sale than is typical for this time of year — that’s the dynamic driving our market right now.”

The benchmark price now for all residential properties is $708,500, up 12 per cent from last August. 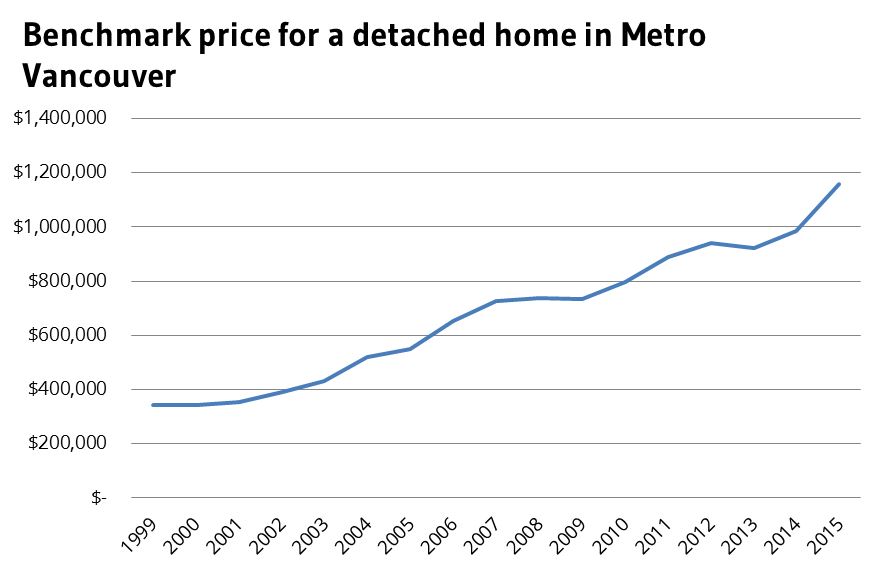