As a barista, Trevor Holness is used to giving his customers their daily fix of caffeine – but the difference is, he gets a lot more exercise doing so.

Holness’ business is a Bike Caffe, meaning his coffeehouse is in fact portable, and physically attached to his bike. Therefore cycling to work is always a thing for him. And when fully loaded with merchandise, it weighs around 700 pounds.

Once Holness parks his coffee cart, titled “Stir It Up,” he gets ready to brew some Marley Coffee, and if it isn’t obvious already, the brand comes from a very significant family in Jamaica.

Rohan Marley, the sixth son of the Jamaican reggae singer Bob Marley, co-founded Marley Coffee Co. back in 2009. Upon Holness’ visit to Jamaica, he joined Rohan, by becoming a partner and introducing it to the Vancouver locals. 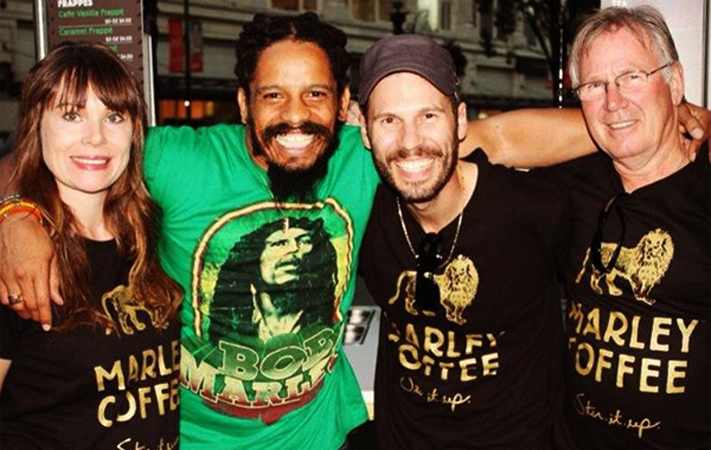 In an exclusive interview with Vancity Buzz, Rohan Marley explained how he chose to get into the coffee business instead of joining his family’s long held reputation in music.

“My father said he would stop playing music one day and return to the farmland. I feel deeply imbued with the philanthropic spirit that my father celebrated through music,” he said. “I knew I had something that I wanted to do in life besides help myself. Marley Coffee is my way to build a sustainable business where I am not only benefiting myself, but also creating an opportunity for coffee farmers. It gives me an exhilarating feeling that I can do something with my spirit where I am helping people, not just myself, but growing a community built on sustainability.”

And a community built on sustainability is exactly what Rohan is building for the farmers. That becomes evident when you look at the ITAL logo on the coffee bag, which stands for “All Things Pure, True and Vital,” meaning the coffee is up to the Rastafari standards.

“My philosophy with coffee is actually intertwined with Rohan’s,” Holness explained. “A lot of customers like to ask if the product is organic. I say to them, well what does that mean to you?”

Well, to Rohan, it means more than just taste and quality; it means keeping his farmers safe from pesticides and herbicides. Holness explains that the company’s dedication to organic coffee was implemented by Rohan when we first bought the farm. “One thing he made clear to the farmers was that he wanted everything to be organic. For their own well-being.”

The farmers in the community first objected to organic growth, as they were previously told to do otherwise. But Rohan made it clear it was all or nothing.

“The importance of giving back to the community and supporting the environment are the two values that inform everything we do at Marley Coffee,” said Rohan. “We are intimately involved in a variety of community outreach activities, and have made sure that we source our beans in ways that have minimal impact on the environment.”

The company has plenty other initiatives they operate to enrich the lives of their farmers. Kicks for Cause, a foundation funded through their coffee sales, builds soccer fields for the farm children. In their presentation booklet, the company also says they are committed to paying “twice the average wage” to family farmers, in order to keep the farm children out of the work force and able to attend school.

For these very reasons Holness takes pride in partnering with Marley Coffee, and said he quit his high paying job in the film industry to become a barista.

Holness believes there is a misconception of the coffee culture nowadays. To him, coffee culture is not a person sitting on a laptop with earphones. It’s about people conversing and seeing what they have in common. Holness dreams of soon becoming the first manager of a Marley Coffeehouse that has set grounds in Vancouver.

“We like to refer to ourselves as Rasta-ristas,” he said smiling, as he turns up the tunes of “Caution,” his favourite Bob Marley song. Holness begins to sing along, while preparing a cup for the next customer in line. 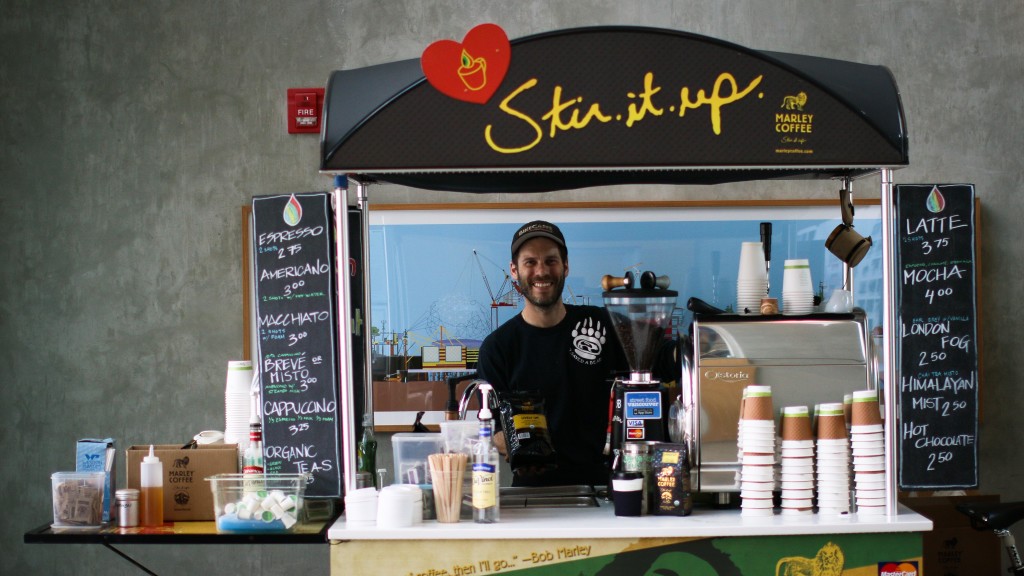