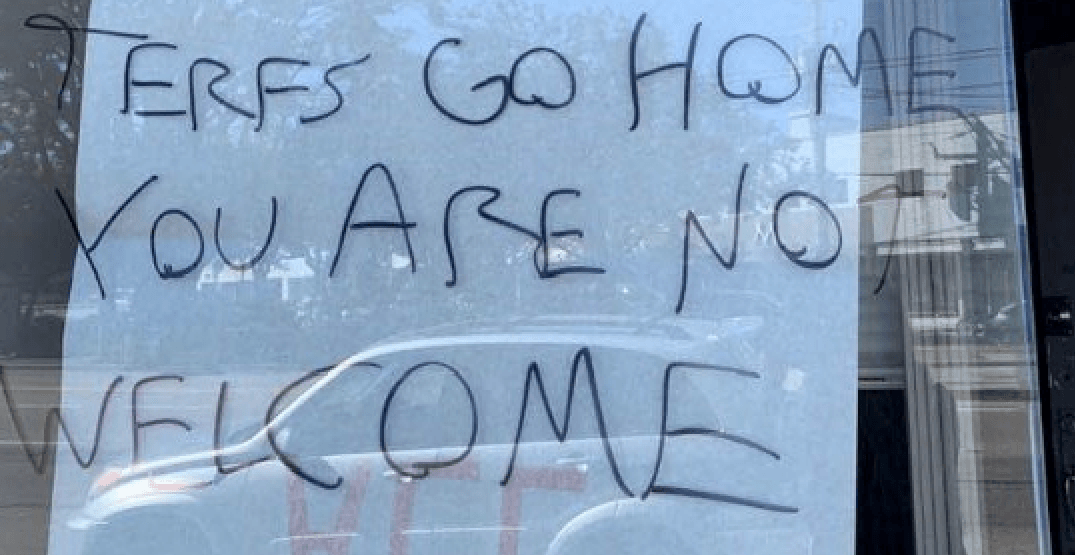 After a dead rat was found nailed to their door two weeks ago, the Vancouver Rape Relief and Women’s Shelter tweeted this week that they were the victims of more vandalism – this time in the form of violent graffiti messages on the front windows of its storefront space.

A follow up to the dead rat that was nailed to our door recently… this morning we found this writing scrawled across the windows of our storefront space that we use for support and training groups #Misogyny pic.twitter.com/vm6Gv8jWcj

On its website, the VRRWS said it knows “people whose behaviour is not consistent with the patriarchal socially imposed definition of manhood or womanhood, including trans people, suffer discrimination and violence.”

It adds that “Trans people deserve and must live in safety, and have the equal rights and opportunities that are promised to us all.”

The centre says that while some of its core services “are not open to people who do not share our life experience of being born females and raised as girls into our current womanhood,” it has a a collective commitment to see to the safety [of] “anyone who calls our crisis line, including trans people.”

“VPD will working with the staff at the shelter on a safety plan, as public safety is the Vancouver Police Department’s number one priority,” he said.

“It’s really disturbing,” said Hilla Kerner, for the collective of the VRRWS. “It’s really taking the backlash against us to another level.”

Kerner said that since the incident, the shelter has received a lot of comforting supportive messages from people, “including a few from people who identify as trans women.”

Still, Kerner told Daily Hive the centre is ” disappointed and critical of the fact that neither the mayor nor Vancouver city council” has spoken up against this latest attack yet.

“We’ve been dealing with backlash for awhile, but this is really taking it to very dangerous point,” she added. “It’s totally acceptable to disagree but its unacceptable to threaten us like that.”

Because the investigation is still ongoing, Roed said police are not able to provide any further information on the incident at this point.