One Vancouver radio host’s act of kindness has has gone viral, making the rounds on social media and making its way on to the Today Show.

Tara Jean, who co-hosts Morning Glory Jack FM, took her kids to a play centre in Richmond earlier this month where she encountered another mother. A mother who had fallen asleep on a bench while looking after her child. After all, parenting is tiring at the best of times and sometimes a mother or father hits a wall of exhaustion. Tara decided to take care of the woman’s three year old daughter and not wake the mother as she clearly needed the rest. 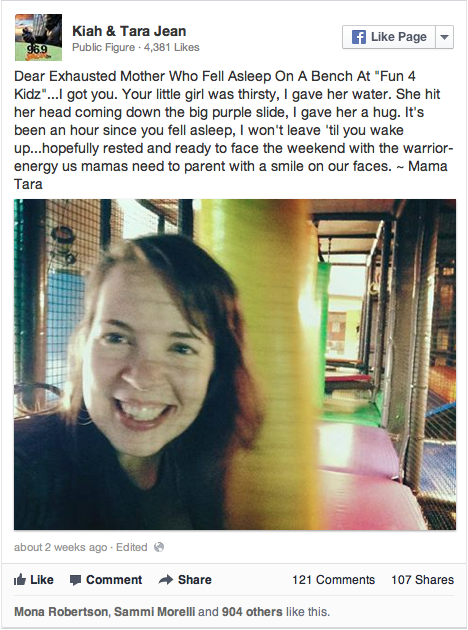 The world could use more people like Tara Jean.