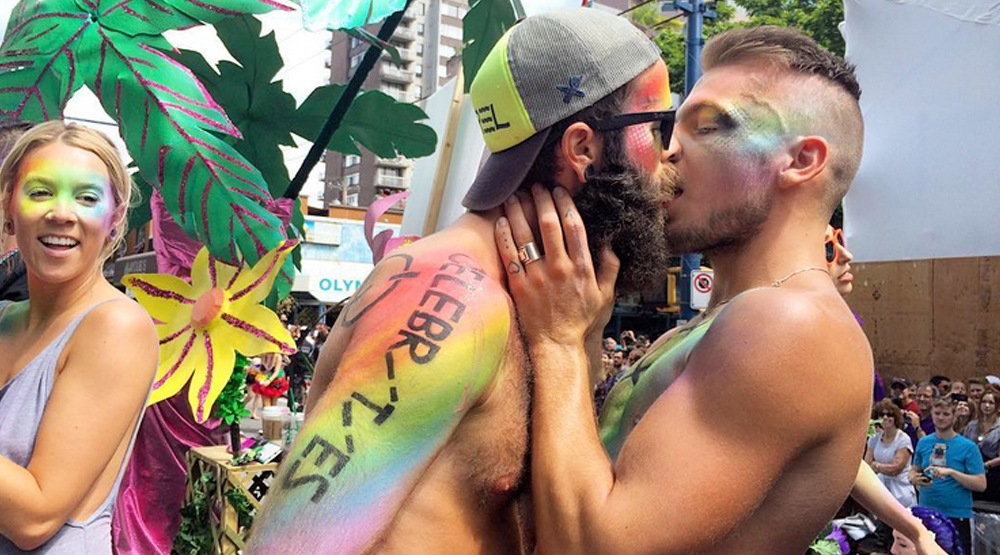 On Sunday afternoon, hundreds of thousands of people lined the streets of downtown and took part in the annual Vancouver Pride Parade.

The Pride Parade’s popularity has increased tremendously over the past several years, and support from government has also grown – so much so that this year, history was made as Justin Trudeau became the first sitting Prime Minister to march in the parade.

The entire Trudeau family was out in full force for the entire duration of the parade, 20 blocks around the West End neighbourhood.

“It’s a time where the whole city and families and communities come out. We celebrate the great diversity that is such a strength of our country. We celebrate community, we celebrate family, and all these things together means that we’re going to have a great Pride, and it’s a pleasure for me to be here,” Trudeau said before the parade started.

Here’s a photo and video recap of the 2016 Vancouver Pride Parade:

The reaction from the crowd as @JustinTrudeau walks by is incredible. #VanPride2016 pic.twitter.com/DXwZlzVQcn

@justinpjtrudeau becomes the first Prime Minister to walk in the #VancouverPride Parade. What a day showing that love is love, and we’re all #bettertogether. Proud to be Canadian. #dailyhivevan #vancouver #VancityBuzz #vanpride2016

The energy at this year’s #VancouverPrideParade is insane. Organizers have really upped their game, and it feels like a much wider spectrum of the community is taking part. #VanPride #VanPride2016 #Vancouver

Had a great time shooting with @0x141e today! Here’s one of my personal favourite! #vanpride2016

Everyone keeps saying “Justin walked in the parade,” and yes, it’s true, I did. There was some politician there too. Anyway. That was fun, Vancouver. Let’s do it again some time. #vanpride2016

the best part about Pride is watching people who have had to hide their love or be something they arent finally open up and feel comfortable and free to be who they are. one reason I’m so thankful to live in this city. thank you for the support Vancouver #VanPride2016 #LoveIsLove #ProudToBe #OneTeam

Kicked off the campaign in #vancouver a year ago today, following it up with marching in the @vancouverpride parade w @legotommy and @justinpjtrudeau. #elxn42tommy is a campaign look back through Tommy’s eyes. #cdnpoli

Way too much fun and so many incredible people! So proud to be apart of the parade this year with the station, can’t wait to do it again. Happy Pride everyone! #vanpride2016

A photo posted by Virgin Radio Vancouver (@virginradiovancouver) on Jul 31, 2016 at 3:09pm PDT