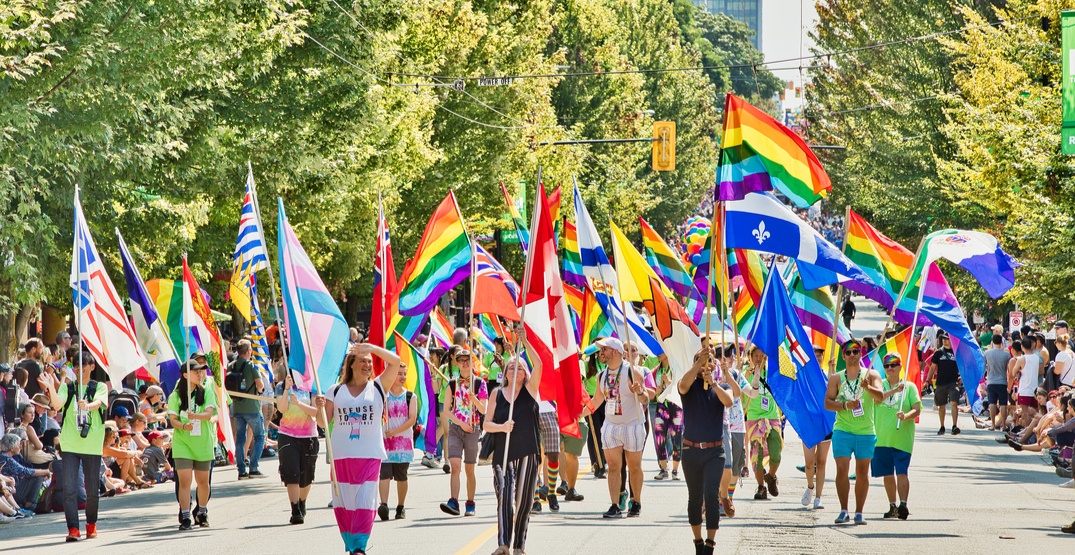 After BC Liberal MLA for Chilliwack-Kent, Laurie Throness, said he would continue to advertise in a magazine with articles supporting anti-LGBTQ conversion therapy, Vancouver Pride Society is applying pressure to have him officially disciplined.

In a letter sent to the party, VPS is demanding that Throness be sanctioned and, as a minimum, be removed from his role as Critic for Children and Family Development, though they would prefer “expulsion from caucus.”

Failure to do so will result in the party being barred from participating in the annual Pride parade.

Throness was one of 14 BC Liberal MLAs, including party leader Andrew Wilkison, that expensed taxpayer dollars over the past 18 months on ads in a self-described “Christian lifestyle magazine” called The Light Magazine.

The Light Magazine’s past articles have included advocacy for conversion therapy, and anti-trans positions, typically framing them as parental rights issues.

“At a time when the federal government is exploring not just banning, but criminalizing conversion therapy it is shocking that we are having to hold the BC Liberal Party to account for the actions of one of their members,” VPS wrote in a release.

Adding that the anti-trans and pro-conversion therapy rhetoric targeting LGBQAI2S+ people can impact the community’s health and wellbeing.

“BC Liberal Party Leader, Andrew Wilkinson, gave assurances that these advertisements would not continue, however, MLA Laurie Throness continues to advertise in The Light Magazine, elevating homophobic and transphobic views,” the release said. “This is incredibly concerning as it suggests that the BC Liberal Party, and caucus, are at the very least tolerant of homophobia and transphobia.”

VPS uses a scoring system to evaluate who participates in its parade. The recent events have led to a reevaluation of the party’s score and it “no longer meets the minimum requirement for participation.”

The demands echo the call from BC NDP MLA Spencer Chandra Herbert, who issued an open letter asking if Throness will not be ejected from the caucus, he at least be taken off the file responsible for the “wellbeing of vulnerable children.”

if there’s no room for homophobia and transphobia in your party @Wilkinson4BC you need to act. Action means more than words. Start with your MLA who believes there’s space for anti LGBTQ conversion therapy. pic.twitter.com/8doKTcOIPG

“As you know, in the past I have expressed deep concern about anti-LGBTQ views from MLAs in your caucus. I remain concerned and am writing to ask you for action,” Chandra Herbert wrote.

“Your critic for the Ministry of Children and Families Laurie Throness went to media and insisted he will not stop advertising in this homophobic magazine,” he continued.

There is no room in the BC Liberal Party for homophobia, transphobia, or any other form of discrimination.
Going forward, we are taking immediate steps to ensure our advertising decisions reflect those values at all times.

“He then defended an article supporting conversion therapy as long as it didn’t include kidnapping or was too ‘coercive.’

“Sit on that for a second,” he adds, “the MLA you’ve put in charge of child care and supporting vulnerable children believes there is a place for conversion therapy.”

This a contrast to other members of the BC Liberals who were quick to echo their leader’s sentiments, including MLAs Jane Thornthwaite, Tracy Redies, Todd Stone, and Joan Isaacs, all of whom apologized for appearing in the ads.

Professional and medical associations have denounced the practice, claiming that it doesn’t work and can be painful and invalidating for individuals subjected to it.

The federal government introduced a bill to ban the practice in March, though many municipalities have taken it upon themselves to stop the practice within their jurisdiction.

Last year, the BC Green Party announced it was tabling legislation to ultimately ban the practice of conversion therapy in the province.

Other grievances brought by Chandra Herbert include Throness’ refusal to support adding gender identity or expression to the list of protections in the BC Human Rights Code, claiming SOGI 123 would cause “mental health issues” and “self harm,” and his online defence of anti-trans Trustee Barry Neufeld.

Trustee Barry Neufeld is a good man, loves children, would never countenance bullying. He deserves to be treated with respect and kindness.

Daily Hive reached out to Laurie Throness for comment and will update accordingly.