Only 23% of adults in Vancouver support the City’s recent regulation of marijuana dispensaries, according to a new survey commissioned by Sensible Change Society.

The poll was carried out by research firm Nanos, which surveyed 400 adults in Vancouver via cellphone and landline between June 3 and 8.

Under new City rules, all dispensaries must be at least 300 metres from schools, community centres, neighbourhood houses and other approved pot shops. They are also prohibited from allowing cannabis use on the premises and selling edible cannabis products, and ultimately must apply for a business licence at a cost of $30,000.

But, the poll found, most respondents did not back any of these regulations; 65% thought the City would be better off requiring childproof packaging with warnings on edibles.

“These results clearly show that the people of Vancouver do not support Vision Vancouver’s expensive dispensary crackdown,” said Dana Larsen, director of Sensible BC. “Less than a quarter of the city supports Vision’s plan, so why are they so ready to spend so much taxpayer money to enforce these unpopular bylaws?”

Most respondents claim not to use pot

Some 52% of respondents felt that medical marijuana dispensaries should be permitted to be the same distance from school or community centres as a liquor store, currently 150m.

And while 65% were concerned or somewhat concerned about marijuana use in public, 71% thought dispensaries should be allowed to offer a space for smoking.

Furthermore, some 65% believe medical marijuana is as at least as safe as alcohol, if not safer.

It might be worth taking these results with a grain of salt though, as 55% of respondents said they did not even use marijuana and did not know of anyone who uses it. Ahem. 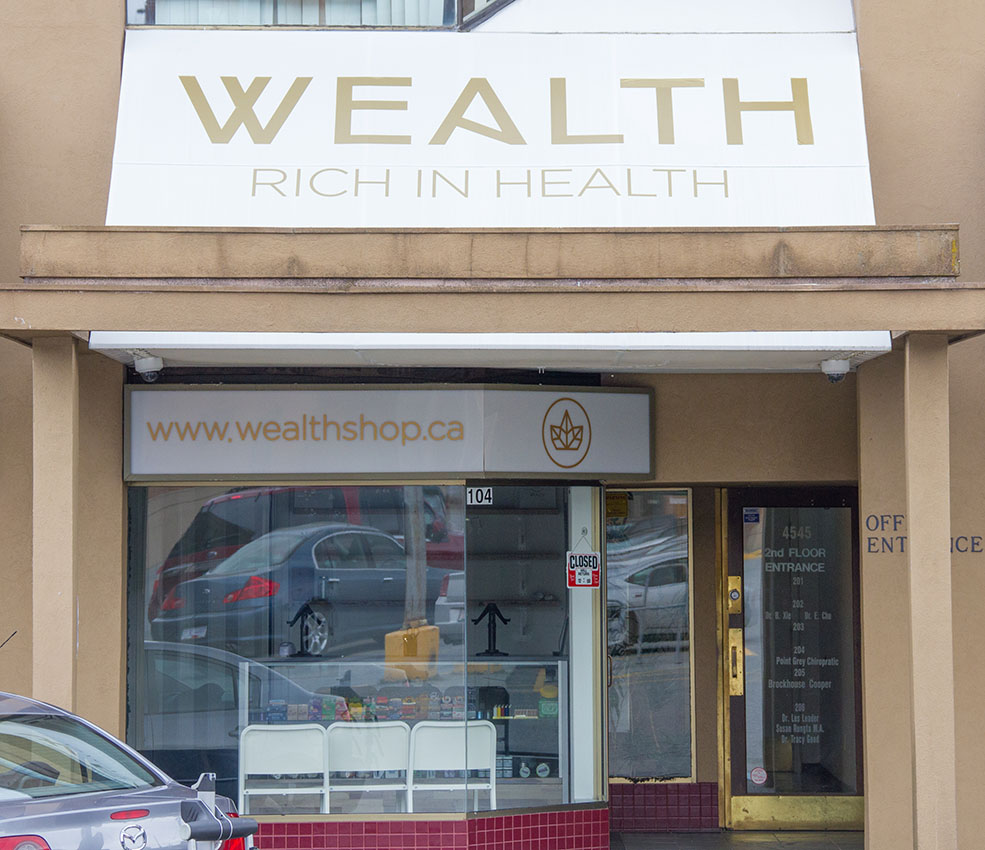 Since the City started regulating pot shops, only one medical marijuana dispensary has been issued with a business licence, The Wealth Shop, in Point Grey, which opened recently.

When the new rules came into force on April 29, more than half the pot shops in Vancouver had failed to meet the new regulations.

Any remaining open faced daily fines of $250 or legal action if they stayed open.

At the last count, the City had issued 246 daily bylaw violation tickets and applied for an injunction against 17 medical marijuana dispensaries that stayed open regardless.

Meanwhile 11 other pot shops are eligible to apply for a business licence, after being granted a development permit and complying with the location requirements.

A map showing the locations of all those stores eligible to apply for or issued with a business licence, can be found on the City of Vancouver website: vancouver.ca

Technically all medical marijuana dispensaries remain illegal under federal law, although Trudeau has said the Liberals plan to legalize marijuana across Canada next year.