The Vancouver Police is seeking for the public’s help to find a missing 52-year-old man.

William Cornish departed from his place of work near Broadway and Cambie Street at approximately 5:30 p.m. on Wednesday. He was last seen on Broadway near Ash Street about 15 minutes later.

Police describe Cornish as Caucasian, 5’10” in height, 200 lbs, with brown eyes, salt and pepper hair. At the time, he was wearing blue jeans and an unknown coloured casual shirt. He drives a black 2001 Nissan Pathfinder with BC license plate 145-NRA.

The area, including local hospitals and other police jurisdictions, has been searched but there have been no signs of Cornish.

Anyone who sees Cornish or his vehicle is asked to call 9-1-1- immediately. 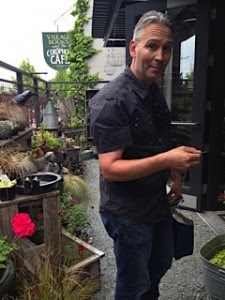