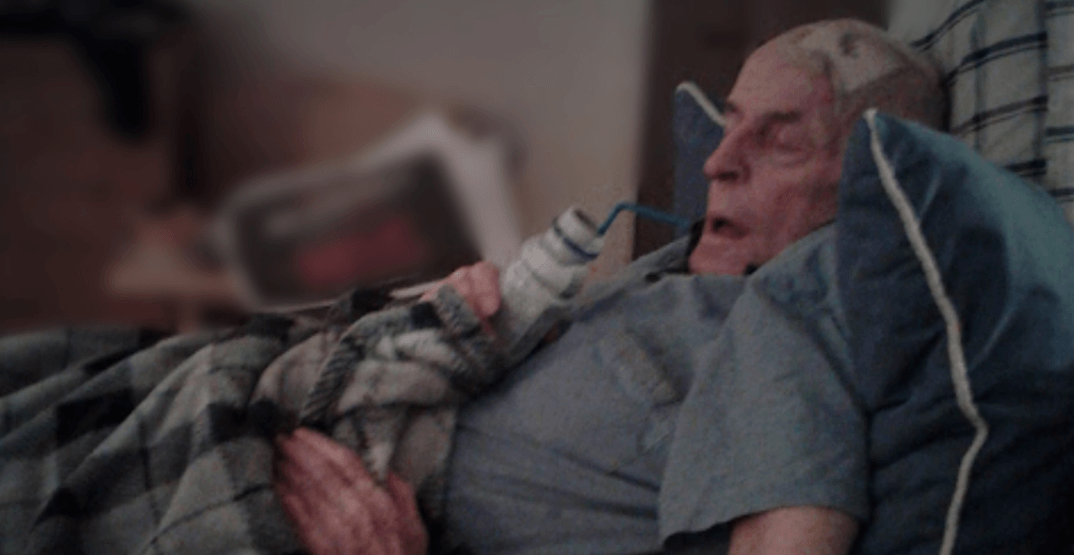 UPDATE: VPD that Fred Tew was located around 6:30 pm on Monday. “He will be assessed medically and reunited with his family,” they added.

Vancouver Police are asking for the public’s help in finding a missing elderly man who they say may be confused due to a recent head injury and the early onset of dementia.

Fred Tew, a 93-year-old Vancouver man, was last seen on Monday morning just before 10 am at a bus stop in front of the Esso gas station at Burrard and Davie Street.

“It is not known if he was picked up by a bus or not,” police said.

Tew is described by police as a white male, 5’7″ with blue eyes, a bald head, and a bandage on his scalp.

Anyone who sees Tew is asked to call 911 and stay with him until police arrive.