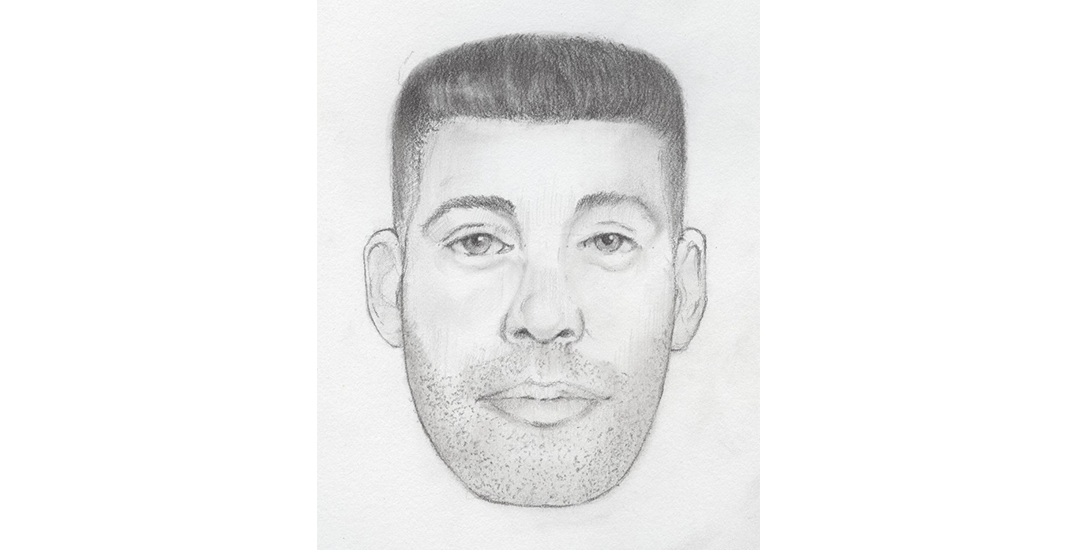 The Vancouver Police Department has released a composite sketch of a suspect who sexually assaulted a 14-year-old girl last week.

According to police, the incident took place around 5 pm on November 27,  when the girl got off a bus on Kingsway and walked north on Miller Street.

As she made her way through the neighbourhood, she was allegedly grabbed from behind by an unknown man and pulled into bushes in Brewers Park just off of Commercial Street. The suspect sexually assaulted the victim before running east through the park.

Vancouver Police today released a composite sketch of a suspect in a sexual assault investigation where a 14-year-old girl was the victim. If you recognize the suspect please call #VPD Sex Crimes Unit at 604-717-0602 or Crime Stoppers at 1-800-222-8477. https://t.co/4g7GJg1P8I pic.twitter.com/zGRwj0KLJx

The suspect is described as a Caucasian male in his late 20s to early 30s. He is 5’7″ to 5’10” tall with a medium build. He is believed to weigh between 160 to 200 pounds. He has dark brown eyes, an oval-shaped face, and short, brown, wavy hair that is cut short on the sides. The suspect was wearing a black rain jacket, dark blue jeans and black boots.

Police are also looking for dash-cam footage from anyone who may have been driving in the area between 2:30 pm and 6 pm on November 27.

Specifically, police said they are looking for footage from anyone driving Kingsway Avenue along the south, East 22nd Avenue at the north, Welwyn Street to the west, and Victoria Drive at the east.

Anyone who may have been in the area on Tuesday afternoon and saw anything suspicious, or was in Brewers Park taking video or photographs, is asked to call detectives in VPD’s Sex Crimes Unit at 604-717-0602 or Crime Stoppers at 1-800-222-8477.