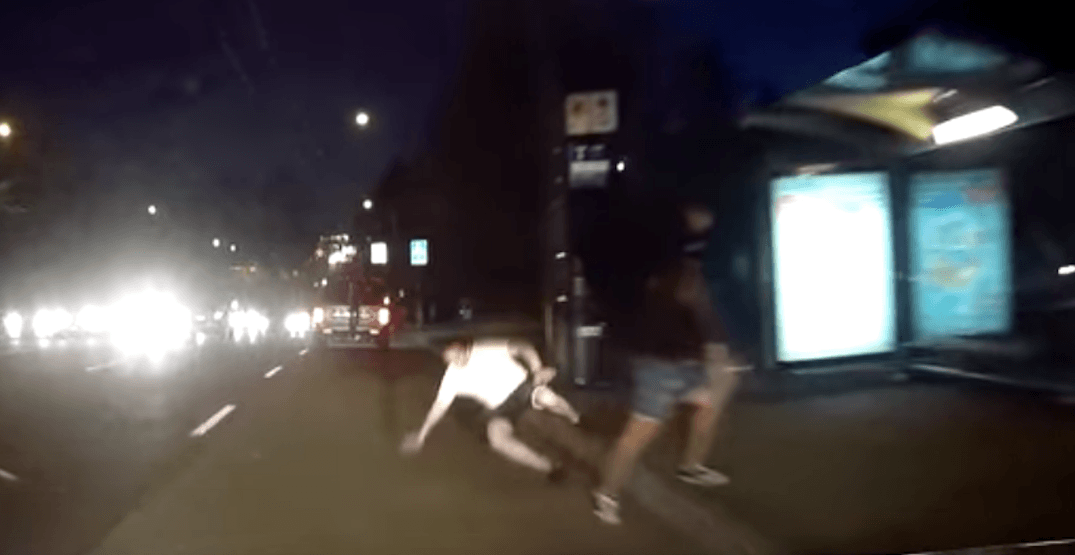 A dashcam screengrab of the assault. (Vancouver Police)

Vancouver Police are making another plea to the public to help identify a suspect who pushed a man into traffic in July.

According to police, the incident took place just before 10:30 pm on Sunday, July 15, after two men left who had left a concert at the PNE Amphitheatre were walking on the north sidewalk of East Hastings Street near Windermere Street, and stopped briefly to check on the well-being of a young woman who appeared intoxicated.

Vancouver Police are asking for the public’s help in identifying a suspect in a serious assault near the PNE in mid-July. Police have released video of the altercation & a composite drawing of the suspect. Click to view video & suspect: https://t.co/RcgevlHdBQ #VPD pic.twitter.com/lVxYfA4Sz3

“The woman said she was fine, so the two men continued walking,” said police. “Seconds later, they were confronted by an agitated man who had been walking behind the woman.”

The man allegedly ran toward the men and deliberately pushed one of them, a 37-year-old Surrey man, into traffic on East Hastings.

The victim was struck and driven over by a white SUV that was travelling west on East Hastings. Unsure of what had happened, the driver pulled over and waited for officers to arrive.

Attempts were made by witnesses to hold the suspect for police, but he and the female, believed to be his friend, ran away prior to law enforcement arriving on the scene.

Police also obtained dash-cam video from the SUV involved in the collision.

The suspect is described as a Caucasian man in his mid-20s, 6′ to 6’2″ tall, with a heavy athletic build. He has short dark hair, dark stubble on his face, and was wearing a black crew-neck t-shirt and dark shorts. 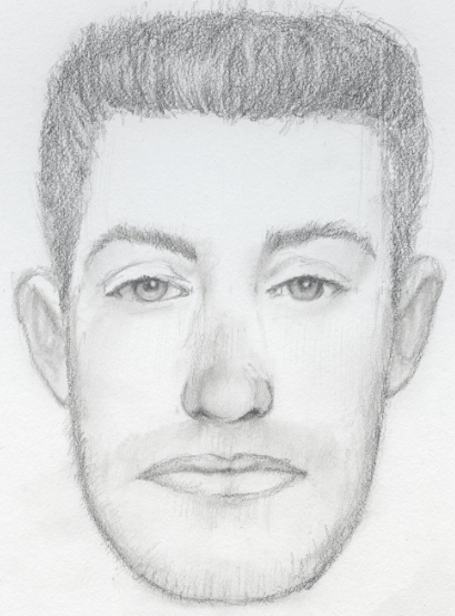 The woman is described as Asian, 20 to 25-years-old, 5’2″ to 5’4″ tall, with a slim build. She has medium length black hair and was wearing a white tank-top or a sundress.

Police are asking anyone with information about the suspect or his female friend, or who may have witnessed the assault and has not spoken with police, to call detectives at 604-717-2541, Crime Stoppers at 1-800-222-8477, or leave a tip online.