Investigators are asking for the public’s help to identify a man believed responsible for robbing two banks back in July.

The first robbery occurred on July 12th, shortly after 1:00 p.m. A man walked into the North Shore Credit Union located at 1100 Melville Street, where he robbed the teller after indicating he had a weapon.

The man was described as 40 to 50 years old, 5’7″ tall, with a heavy build and short dark hair. He was wearing a long-sleeved light blue shirt, dark pants, a baseball cap, dark glasses, and a black single strap shoulder bag.

The second robbery happened at 11:30 a.m. on July 19th. The man robbed a teller at the National Bank of Canada at 555 Burrard Street after indicating he had a weapon. He was described as 30 to 40 years old, 5’6″- 6’0″ tall, with a heavy build and short dark hair. He was wearing a dark Adidas jacket with white stripes on the sleeves over a black t-shirt, dark shorts, sunglasses, and a black bag with a strap. 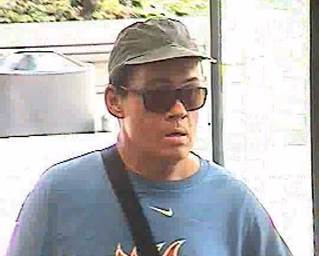 No weapon was ever produced, and an undisclosed amount of money was obtained in both robberies. 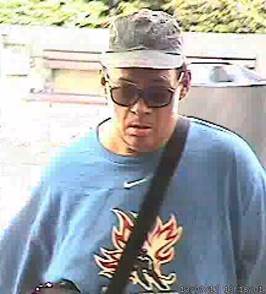