An investigation by patrol officers with the VPD has led to an arrest, charges and the seizure of a large amount of suspected stolen property that police want to return to the rightful owners.

Shortly after noon on Friday, June 20, police executed a search warrant at a home located on Main Street near E. 47th Avenue to obtain additional evidence related to the investigation. The entry was made by the VPD Emergency Response Team due to concerns that there were firearms in the home.

Ten men and women were initially taken into custody. All but one has since been released pending further investigation.

The search resulted in police finding a semi-automatic handgun, replica firearms, other weapons, about $20,000 worth of suspected cocaine, heroin, methamphetamine, marijuana and ecstasy along with a variety of property believed to be stolen. There was so much property, in fact, that it took three cube vans to transport it from the home. 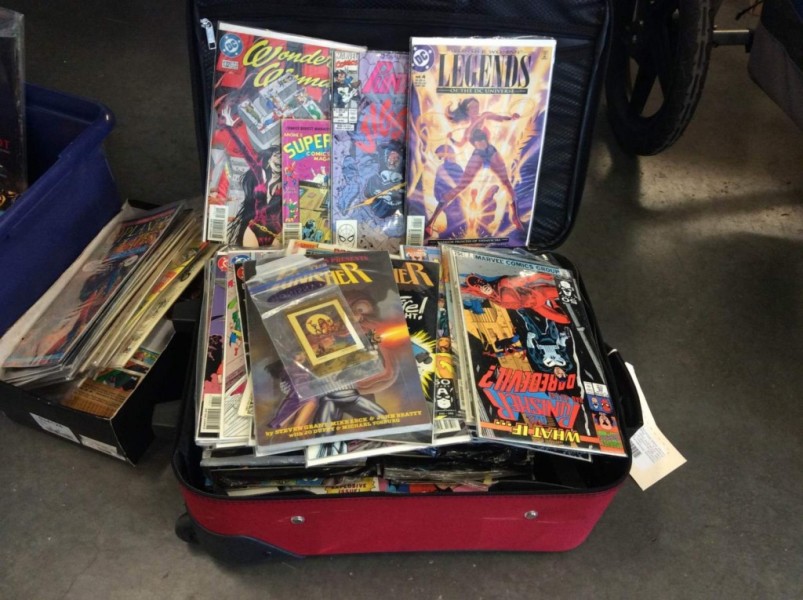 Forty-nine-year-old Andrew Roy Cross has been charged with possession of a restricted firearm. The investigation is ongoing and additional charges will be recommended. The others found in the home were interviewed and released pending further investigation.

Cross was on probation for possession of stolen property at the time of his arrest. He is well known to the VPD, has had extensive police contacts over the years and remains in custody pending his next court appearance.

Officers are trying to link the property found in the home to thefts and break-ins in Vancouver and possibly other municipalities. The Vancouver Police are asking the public to call (604) 717-0505 if they believe their property is among the seized items.