The Vancouver Police Department has launched a new interactive crime map of the city in a bid to provide the public with accurate crime data in their neighbourhoods.

GeoDash, which stands for Geographic Data Analysis and Statistical Hub, is an “interactive crime mapping tool” that allows you to see crimes that were committed in your neighbourhood that were reported to the VPD.

The map is similar to a system the police use themselves to track crime data.

“We realized the information we were providing to the public was a little behind the times,” said Vancouver Police Chief Adam Palmer in a press conference.

“We realized we could provide that information in a more modern platform.”

Previously, crime data was only available to the public in the form of spreadsheets and heat maps. The idea is to create a greater sense of police transparency and keep Vancouverites informed on their neighbourhood crime data.

The map lists the specifics of crime incidents that occur around Vancouver, such as mischief or car theft, but protects the identities of the victims by failing to list names. Person-on-person crimes such as assaults are randomized and are mapped in nearby intersections rather than specific addresses.

“We hope it inspires people to participate in things like block watch and other crime prevention activities that we have in the city,” said Palmer.

The GeoDash map is updated every 24 hours and works on desktops, smartphones, and tablets. It’s also capable of auto locating users to provide crime data within the immediate area.

The project was a collaboration between the City of Vancouver and the Vancouver Police Department and required a host of industry and technology professionals to create.

So how many reported crimes have occurred in your neighbourhood? Click here to find out. 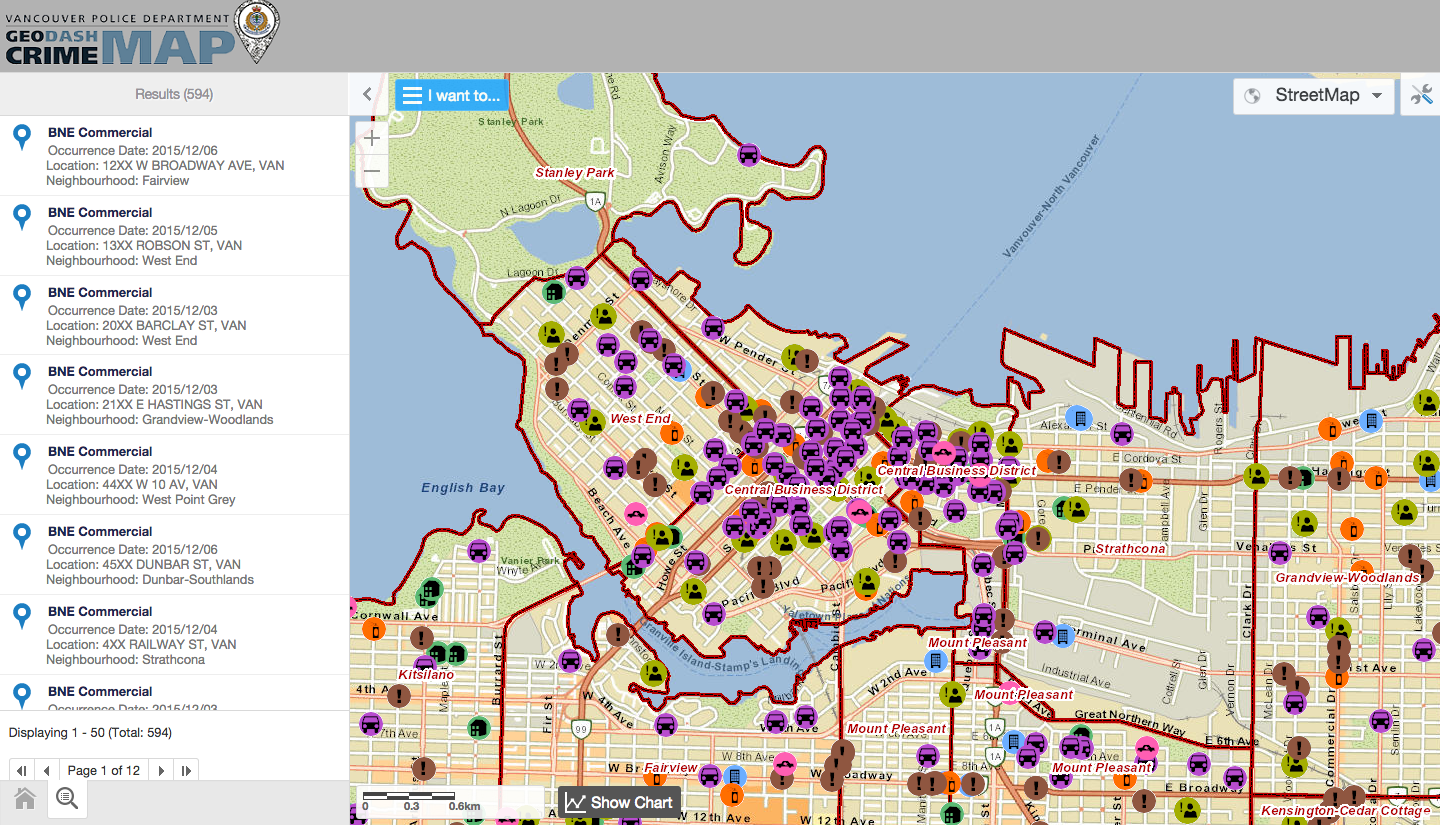