Vancity Buzz: Jay tell the people of Vancouver how you got into photography?

Jay: I went to high school in the late 70s/early 80s, before provincial exams were standardized and core grad requirements were minimal. While other seniors enrolled in university prep electives, I concentrated on visual arts: drawing and painting, architectural design, interior design, drafting, commercial design and graphics. I didn’t own a camera but a friend would loan me his K1000 when I’d meet a girl whose beauty inspired a desire to take her portrait. We’d cut class on a nice afternoon, find a quiet park and share these beautiful creative moments together, relating in the sweetest way. The last day of grade eleven, I borrowed an SLR from the graphics department without asking and used it every day that summer. I loved photography but left the art for other pursuits after graduation.

In spring 2006, I bought a digital point and shoot out of sheer boredom and joined Flickr soon after, thinking it might be nice to reacquaint myself with photography and learn from those whose work I admired on the site. A Flickr friend bought me a pro account shortly before the ’07 civic workers strike. I disagreed with the way the City had handled negotiations prior to and during the three month shut down and used Flickr to cover the story as a citizen photojournalist. I documented some of the consequences that come with having 6,000 municipal workers off duty, and spent a good deal of time in the Downtown Eastside. It was difficult. I’d avoided the area after losing my younger brother to a heroin overdose in the late ’90s. I’d buried the pain of that loss and it resurfaced. You can’t walk through those streets and not be affected by what you see but I had this unresolved anger to deal with. It’s a good thing my work was noticed by local bloggers and then online media organizations that offered payment for permission to use it. The recognition told me I was on the right track, that my vision and voice mattered. I had a safety valve.

While shooting mountains of garbage piling up in alleys and used needles littering the sidewalks, I’d ask area residents how the strike impacted their lives. Along the way, I met a few community activists who’d taken issue with how the coming Olympic Games were having negative impacts on the neighbourhood as all three levels of government and the local Games Organizing Committee were failing to meet social legacy commitments signed onto in the bid book that earned Vancouver the event four years earlier. Here were some inspired and energetic folks making noise about the tripling of the city’s homeless population since the IOC’s acceptance of the bid. They inspired me enough to purchase a quality dSLR and start covering the many protest marches and demonstrations, public forums, press conferences as well as day-to-day life on the street in the DTES. Photography had become meaningful for me again, in a much different way than it had in my youth, but the passion was there again. Ultimately, the experience was therapeutic. I exercised democratic freedoms to exorcise personal demons. I’m grateful to everyone who provided the opportunity, and for the Canadian Charter of Rights and Freedoms. 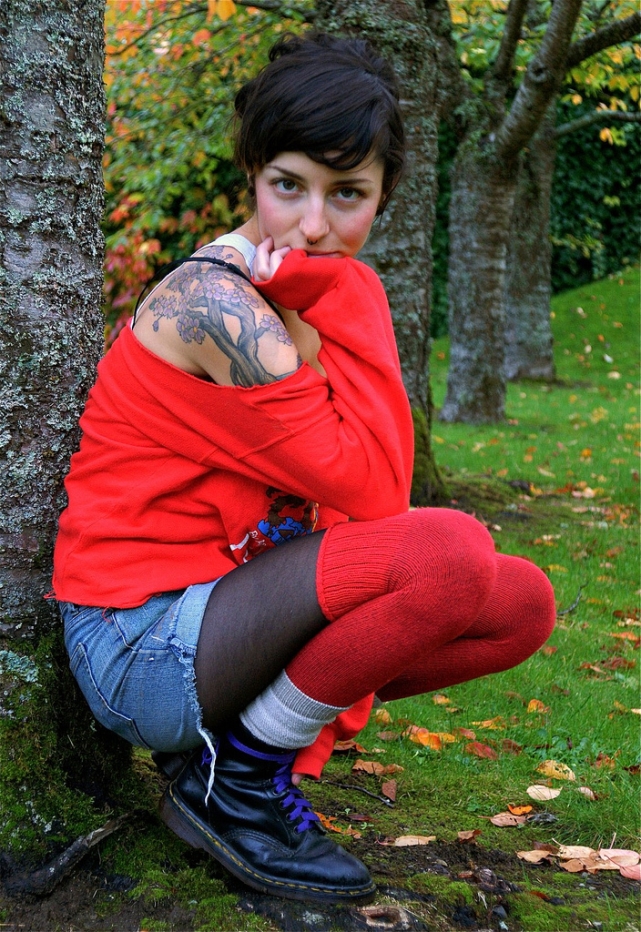 VCB: You worked with the Cityof Vancouver during the Olympics. Did the fact that you have activists friends who were opposed to the games make it a little uneasy?

Jay: My work with City Hall began in early 2009. Vancouverites had grown leery of a Council that appeared ready to hide the neighbourhood’s problems from the hundreds of thousands of visitors who would soon arrive, rather than act on the commitment it had made to doing what it could to house our most marginalized residents. A new Council committed to ending street homelessness and an ambitious plan to make Vancouver the world’s greenest city was elected. It began acting on its campaign promises immediately. So, having activist contacts wasn’t as much of a problem as it might have been had there not been a change in local government two years prior the Games. Looking back, I acted as a bit of a go-between, helping to communicate neighbourhood concerns to City Hall with accurate and timely photographic documentation. At the same time, I focused not only on the issues but on the activists’ articulate and artful communcations. I did my utmost not to offend either party.
While the City used my work for public and internal purposes, I also freelanced with NGOs like Pivot Legal Society and the BC Civil Liberties Association both of which had filed numerous court actions against the City and its police force in the lead up to the Games and were constantly generating critical news items. This had me walking a psychological tightrope at times but the tension was offset by support I received from local arts community organizations Artspeak and W2 Culture + Media House. Being paid was gratifying too but, having worked a full-rime job unrelated to photography throughout, I burned out as the Olympic Cauldron was doused after the Games. I’m 47. Three years of go go go was enough.

VCB: Why the sudden shift to portrait work?

Jay: First, I wouldn’t call it sudden. As busy as I was in the lead up to the Games, I occasionally took time out to shoot portraits. It wasn’t something I’d considered when I bought the new camera. I’d met a ballerina in the spring of 2008 who asked if I’d do a series with her in a dance studio and I agreed. It brought me back to my youth, to the excitement of capturing a woman’s beauty with a camera for sheer aesthetic pleasure and the positive energy felt while engaged in creative activity. Both ballerina and I were pleased with the results so I convinced a few friends to pose for me. So I worked a few into my schedule before the Games but have since made portraiture my focus.

I wouldn’t call it work either. I’m not an ambitious upstart driven to make a name for myself in the industry. I consider myself a craftsman who believes quality sells itself. Consequently, my approach is mellow and unrushed. I’ve found a unique rapport develops between model and photographer, difficult to describe. It’s a subtle seduction, natural to the work, wherein rhythms are found, strides are hit and an ineffable, artistic intimacy unfolds. This intuitive interaction is central to creating portraits that convey not only physical beauty and personal style but genuine emotional expression. I’m 47. Sight’s no longer limited to the eyes.

VCB: If there is one person, place or thing you would love to photograph what would it be?

Jay: Of all time? I’d have to go back to 12th century Europe to shoot Eleanor, Duchess of Aquitaine and Countess of Poitiers. I’d die for her.
No access to a time machine? I’d love to do a fashion editorial shoot for a fine lingerie retailer like Victoria’s Secret, Wolford or La Vie en Rose.
Jay recently donated 50GB of his Olympic Games and Downtown Eastside related photographs to the City Archives where they will soon be made available under a Creative Commons (attribution only) license. More of his portraiture appears here. – VcB.