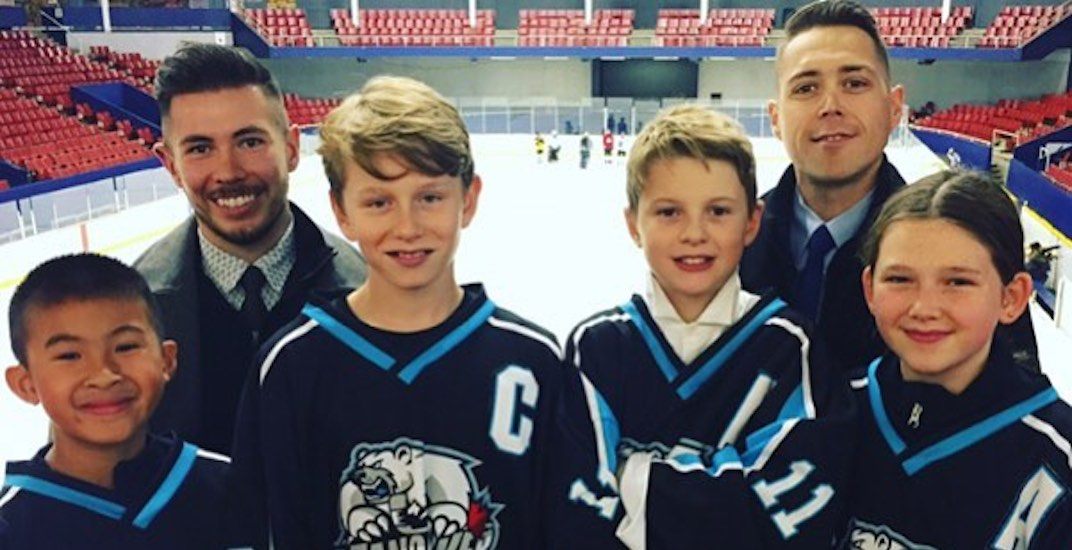 Alright Vancouver, it’s time to do our part.

A group of 11 and 12 year old PeeWee hockey players from Vancouver Minor Hockey Association are in a close race against nine other teams from across Canada for the Good Deeds Cup.

As a top-10 finalist, the team has already won $2,000 for the charity of their choice after raising money for a family in need at Christmas. They were selected from over 300 submissions based on good sportsmanship conducted off the ice.

Our head coach has kidney disease and needs a living donor for a transplant. Can you help spread our message to find him a donor & keep him leading us on and off the ice? To be tested call Renee Katter: 1-855-875-5185 #gooddeedscup #hockey #vancouver #Kidneydisease #OrganDonation pic.twitter.com/EkUjHwqPxK

They’ve also helped raise awareness for their head coach Stephen Gillis, who has Crohn’s disease and needs to find a kidney donor after he was diagnosed with a rare form of kidney disease.

Stephen started dialysis this week, calling it “the first step in the march toward a kidney transplant.”

Even through the tough times you have to find joy and smile. I’m still here, I’m alive, I’m moving forward. Starting dialysis today is the first step in the march towards a kidney transplant. It’s the start in getting better. I’m smiling because these machines are scared and I’m looking past them and thinking about scoring my next game winning goal for the Benders. Crohn’s Disease couldn’t stop me, nor will Kidney Disease. If you have moment, watch/share @vanminorpwa2’s #gooddeedscup video at the link in my bio. We could win $100K for @kidneybcy and bring the GDC to B.C. Viewing ends Sat Feb 9th. . . . . . . #hockey #hockeycoach #coach #coaching #hockeyislife #hockeylife #benders #ashl #kidneytransplant #dialysis #kidneydisease #vmha #vancouver #yvr #vancity #relentless #warrior

Gillis and his team desperately want to win this competition, which would earn $100,000 for the Kidney Foundation of Canada.

The team has come this far, now it’s up to us to help push them over the finish line.

Every full viewing of their YouTube video counts as one vote. Voting is only open until Saturday, so there’s not much time left.