Celebrating culture is vital for world-class cities. Therefore, we bring you Festivals and Parades that everyone can enjoy. Our Van 125 series continues.
94. Chinese New Year Parade
The new Chinese lunar year parade draws over 50,000 spectators. A 1.2 km stretch of floats and performances, the parade goes through the heart of Chinatown, one of the oldest parts of Vancouver. The spectacular CIBC Lunarfest continues with a 10-day celebration in the downtown core and is attended by half a million people. Many other events are scheduled.

93. Pacific National Exhibition/Playland
PNE and Playland have been offering memories to children, and puke buckets to young adults for over a century now. If you can assemble the right crew, it is a place to be no matter your age.

92. Vaisakhi Parade
Jubilant and colourful, the Vaisakhi parade has been a staple in South Van every April since we can remember. It’s a celebration of harvest and birth of the Khalsa faith (baptized Sikhs). You can’t go wrong with floats and tons of free food. It’s no wonder the parade attracts 100,000 strong each year.

91. TD Vancouver International Jazz Festival
More than half a million people check out the top-of-the-line Van Jazz Fest each year! If there’s one festival which takes the cake, it may be this one. The breadth says it all with 1800 musicians in 40 venues around the city.

90. Eastside Culture Crawl
A niche event, the Eastside Cultural Crawl is a celebration of East Van artists. Much hidden talent to be discovered here.

89. VanDusen Festival of Lights
Every year in December Shaughnessy lights up, and we’re not talkin chronic. The Festival of Lights is popular amongst locals and tourists, featuring a lotta lights. It’s great for date nights and family nights. 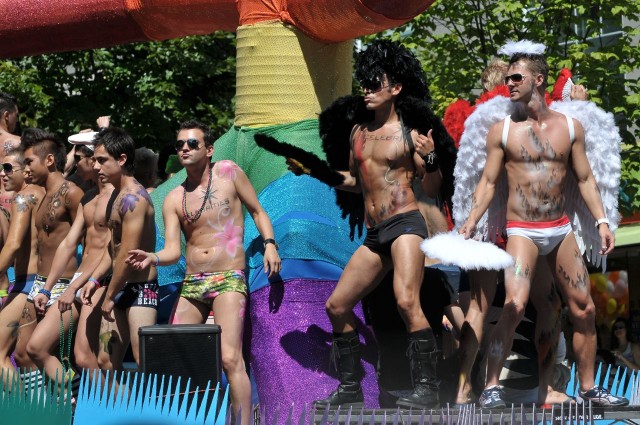 87. Pride Parade & Festival
A lot of latex and skin; a few whips and toys; and some very happy people in the summer heat. The Vancouver Gay Parade showcases a proud diverse LGBT demographic reppin their lifestyles. Non-gay people also check out the festivities among a whopping 650,000 others down Denman street.

86. Chinatown Night Market
Chinatown invites you to experience performances, authentic food, and good-old Chinese goods during its Night Market in summer. Some appear to be counterfeit.

85. Bard on the Beach
All-Shakespeare with a beautiful Vancouver backdrop. You really can’t go wrong. This makes up for dozing off in Grade 10 English.

84. Vancouver Fashion Week
VFW is steadily becoming more popular and a must for local fashionistas each Spring/Summer and Fall/Winter. Its name is becoming more prominent in Canada and soon Internationally, attracting a diverse set of designers. 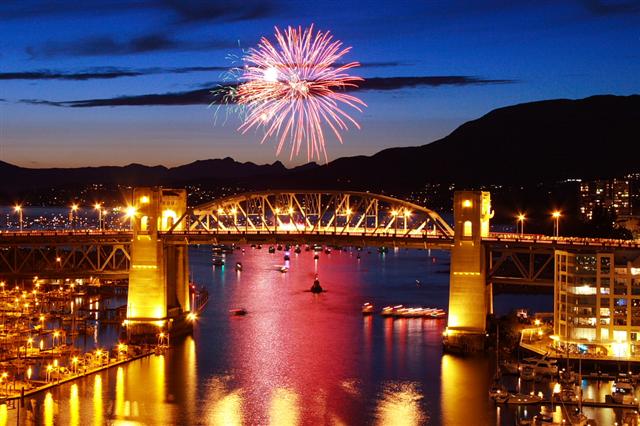 83. Celebration of Light
The CoL is like Brett Favre, you never know until the last minute if it’s going to come back or leave forever. This is by far the broadest appealing celebration in Vancouver, attracting the whole of Metro Vancouver to the downtown core.

Again, feel free to comment on some event which you feel we missed and should belong here.