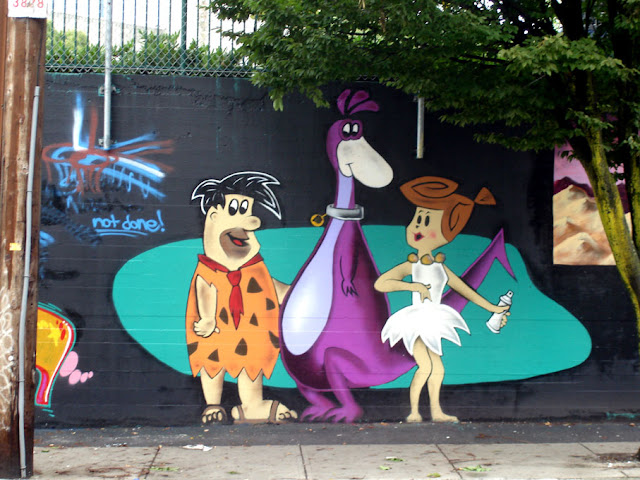 Have you seen the Beatty Street mural between Dunsmuir and Thurlow, the one with the Peanuts gang and Flintstones, amongst other wonderful works of art? Well if you haven’t you are now out of luck as the City of Vancouver has painted over it. Now the explanation coming from the city is of course a lie because clearly this piece of art/graffiti/mural was removed due to its proximity to one of the live venue sites during the 2010 Olympics. Coincidence? Now you all know that I’m pro Olympics, however this irks me just a little.

Here is the information from News 1130, see the bull crap explanation by David McLellan. 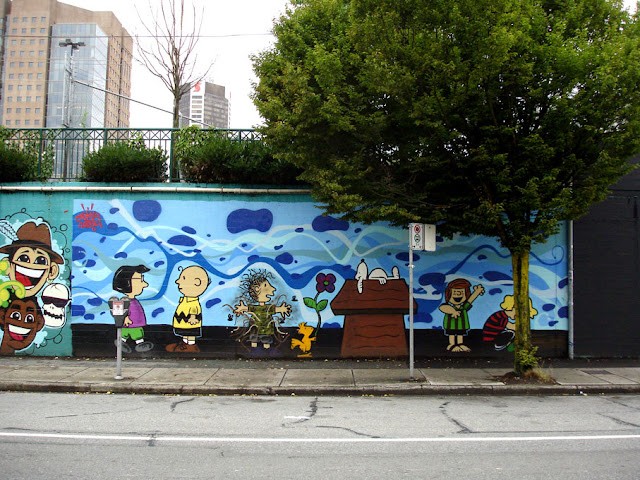 VANCOUVER (NEWS1130): Is it graffiti–or is it art? A wall of murals along Beatty Street in the downtown core–commissioned by the Steve Nash Foundation in 2007–are being painted over by a crew hired by the City of Vancouver.

David McLellan with the city defends the move. “Well I think part of it might be considered artwork, it was certainly seen to be a temporary installation. It never went through the benefit of our city mural program, as some other of these types of murals have done.”

That block of Beatty Street, between Georgia and Dunsmuir, is on the perimeter of one of two Olympic ‘live city’ sites that will operate downtown during the Winter Games.