According to walkscore.com Vancouver ranks high in the urban biking experience. This isn’t really much news as we’ve spent significant amount of time and money developing the infrastructure to promote cycling. The only thing the city can improve upon is implementing a BIXI program, something that would require an amendment to our current helmet laws. Nonetheless Walkscore.com heatmapped the city of Vancouver in terms of bike score, bike lane, hills, and destinations. All critical elements of promoting a healthy biking culture.

Looking at the maps below you’ll notice that all of downtown, Kits, Commercial and Rile Park are great neighbourhoods where cyclists can lay down roots. With talks of an additional bike lane in Kits and possibly even more in the future, the city’s bike score is only going to go up. The southern portion of the city isn’t as well served. It may have to do with the steep hill that one must overcome.

Futhermore, there seems to be a gradual shift in the acceptance of cycling culture amongst non cyclists. Of course there are still those vehemently oppose them. However, it’s safe to say that cycling in Vancouver is here to stay, whether the rest of the lower mainland like it or not. Additional population densities outside the core will only help the cycling initiative. 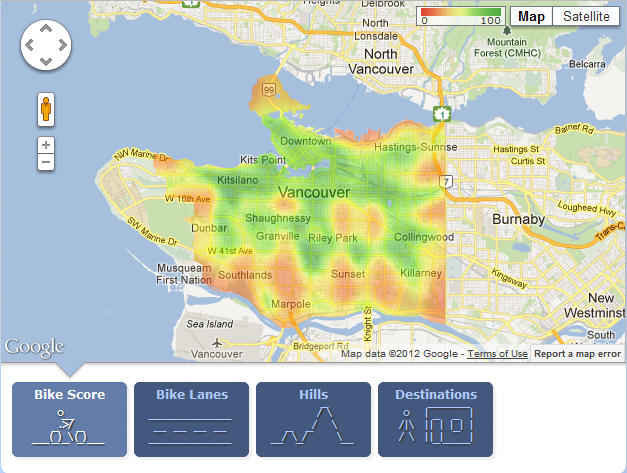 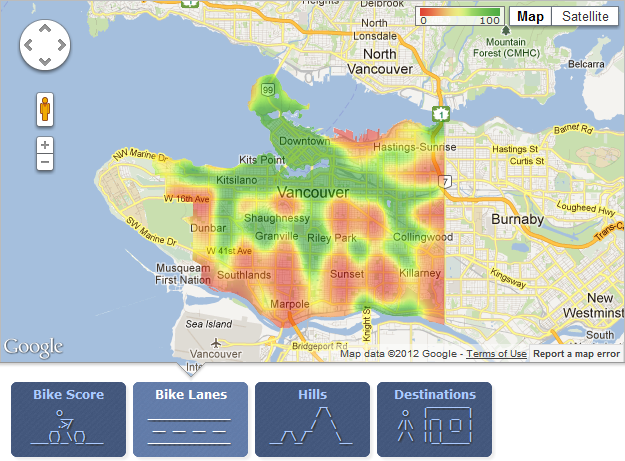 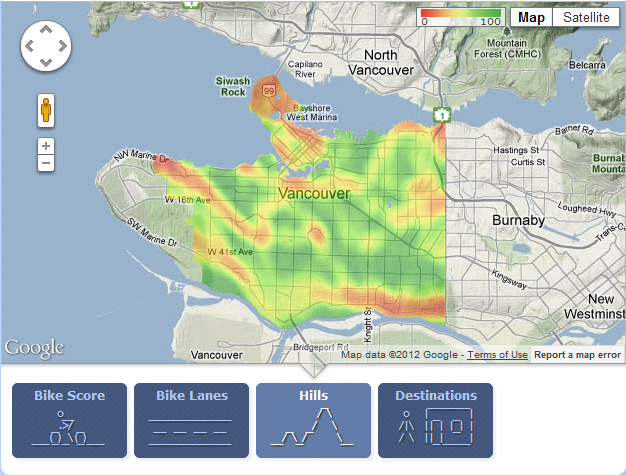 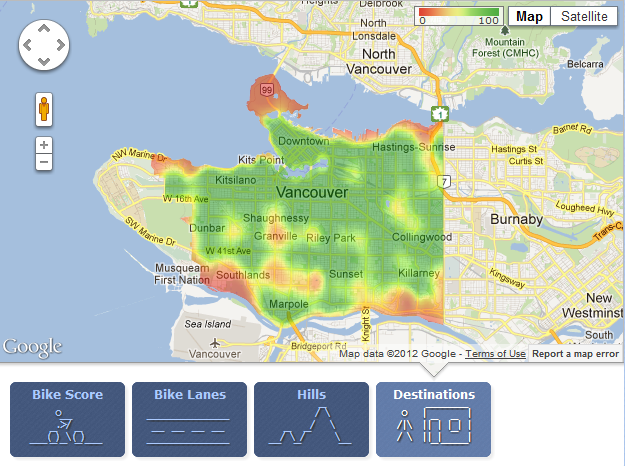