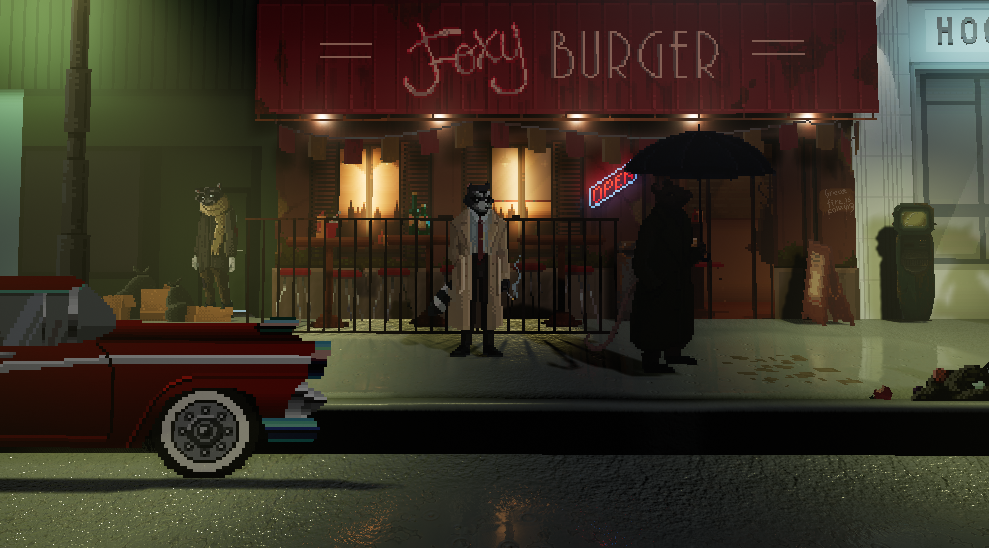 It has been long established that life on the West Coast can inspire creativity. For this reason, British Columbian’s have long been dedicated purveyors and supporters of the arts. It’s why our brag-able metropolis is known as “Hollywood North,” and plays host to many of our nation’s most celebrated artists across a dizzying array of disciplines.

Fresh on the scene – joining an illustrious group of video game studios that call Vancouver home – EggNut recently revealed their debut title “Backbone” to the world.

“We received tons of positive feedback, retweets, reposts, likes, upvotes, and other currency of the internet love,” said Alex Korabelnikova, EggNut’s Project Manager, in a blog post back in January. “This is the most exciting time of our lives.”

Crawl through the dark alleys of pixelated Vancouver and experience the impactful storyline focused on themes of power and prejudice.

Backbone is a dystopian retrofuturistic anthropomorphic noir detective story set in Vancouver. The game has been in development for over a year and with such a long-winded and enticing elevator pitch, it’s a surprise that the team at EggNut could keep the project under wraps for that long. 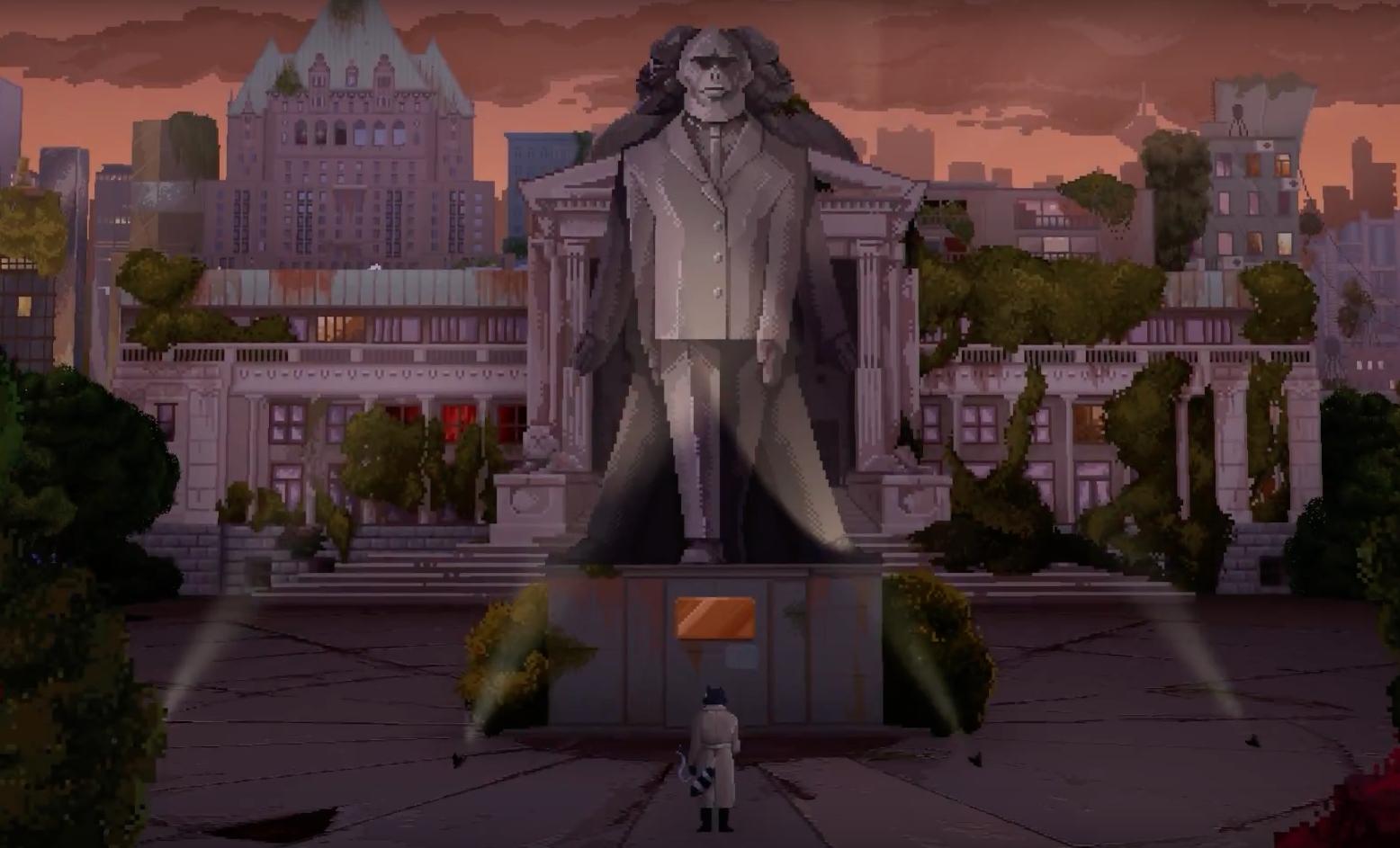 iconic Vancouver locations like the Fairmont Hotel, the Vancouver Art Gallery, and even the Harbour Center in BACKBONE

There’s something beautifully poetic about a noir detective tale told in a setting that’s so familiar to us, and it’s made even more intriguing with EggNut’s pixel art-style and choice of societal commentary.

We reached out to the team at EggNut to find out why they chose Vancouver as their setting, and to inquire about the themes and mechanics of Backbone.

“Initially, we chose this setting [anthropomorphic dystopia] because stealth mechanics based on smell work really well in the world of animals. But as pre-production went by, we began to drive more parallels between the story we want to tell and the setting.

“Different species of anthropomorphic animals have their own characteristics, but the interpretation of these features is the property of the society,” Korabelnikova told DailyHive.

“Even though our studio is Canadian, we all come from Russia initially. Unfortunately, our home country is a major example of the themes we are talking about in Backbone: government-based discrimination by gender and race, thick glass ceilings, poverty, huge gaps between classes and oligarchical, almost imperialistic rule. That’s the main reason why we are not making a fun and colourful game about Vancouver and raccoons, we just have to reflect what is going on in the world and spark a conversation, hopefully,” said EggNut.

There is obviously far more than mere mystery and intrigue within Backbone. As far as subject matter goes, it doesn’t get more poignant than what they’re trying to say with their game in today’s world. 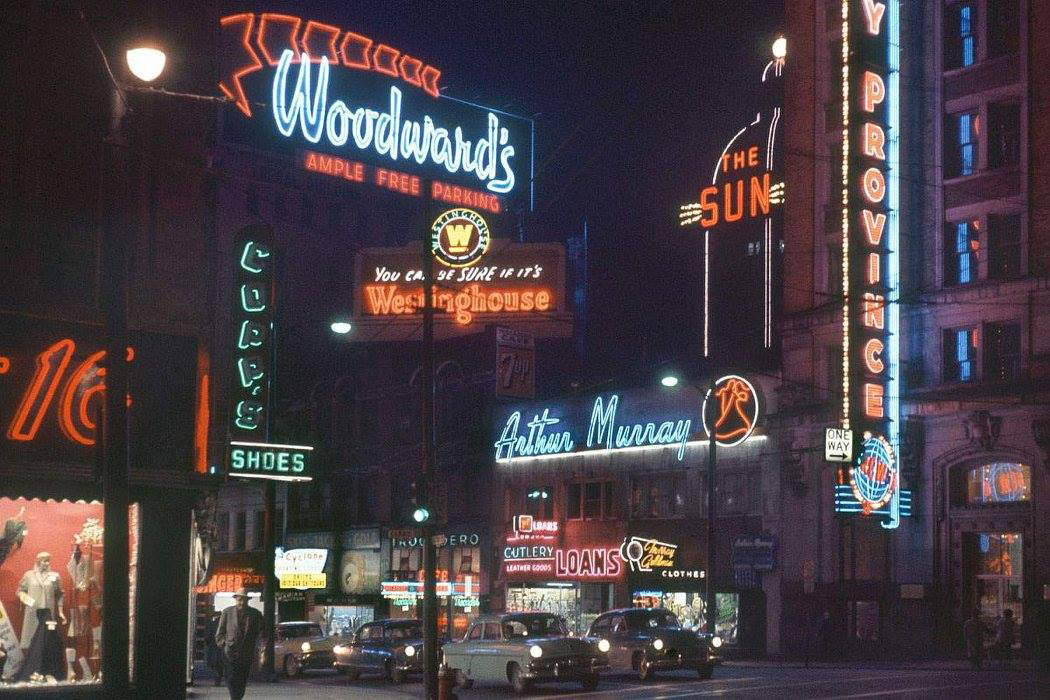 Backbone has only just launched on Kickstarter’s fundraising platform and has already raised nearly 50% of their total goal. Alongside some amazingly designed and creative tiered perks are their stretch goals of console ports to the PlayStation 4, Nintendo Switch, and Xbox One. There is even a “???” stretch goal that would unlock all of EggNut’s Backbone UnrealEngine4 assets to the world for free.

This new local and international team isn’t looking to make a tiny splash in the ocean of games with their debut, but rather to strike up a conversation regarding the state of the world today.

EggNut’s celebration of Vancouver, noir dystopia, and storytelling is slated to release in full come 2019, but there may be a tech/game demo available as soon as this summer.