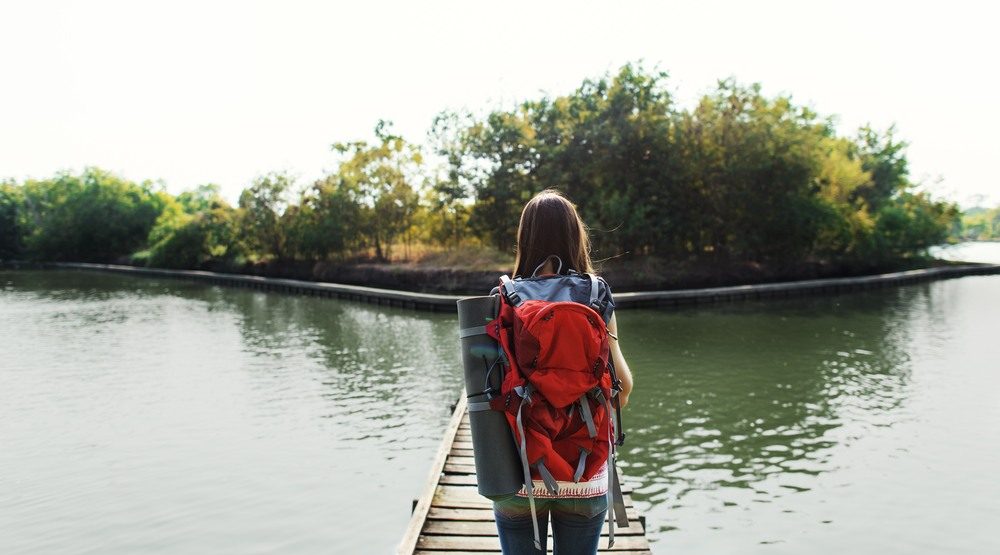 According to the 2011 census, the city of Vancouver has a population of just over 600,000. Other estimates have it closer to 650,000. Whatever the correct figure is, it’s no revelation that the city continues to add new residents in droves each and every year. Here is the population increase/decrease by neighbourhood over the last decade. 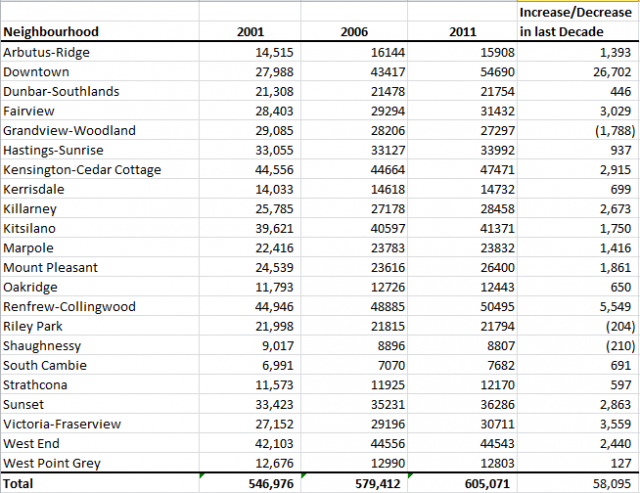 Looking at the data the number that stands out is downtown Vancouver added 26,702 residents over the last 10 years. In other words nearly half of the city’s population increase was attributed to the rise of downtown. When combined with the West End, the downtown peninsula is home to 99,233 residents and a population density of 17,138 per square kilometre. Just for fun, the borough of Manhattan has a population density of 27,394 per sq. km. In order for downtown Vancouver to reach that level of density it needs to add an additional 59,378 residents. That is attainable, especially since the West End will see more residential construction in the coming decade and there is still plenty of room left in downtown Vancouver even though at first glance it may look built out. However, the likelyhood of this happening is dependent on various factors, that we will save for future discussion.

Also to note that Renfrew-Collingwood is the most populated neighbourhood outside of the downtown core. You can chalk that up to being close to the Joyce SkyTrain station and the high rise cluster that surrounds it. Other neighbourhoods near transit need to adopt that development model. Not only will that absorb additional population flow it will also decrease the dependency on the automobile and increase transit usage.

The challenge facing the city in the coming decade is pushing through substantial density increases in neighbourhoods not accustomed to it or simply not wanting it, I’m looking at you Mount Pleasant.