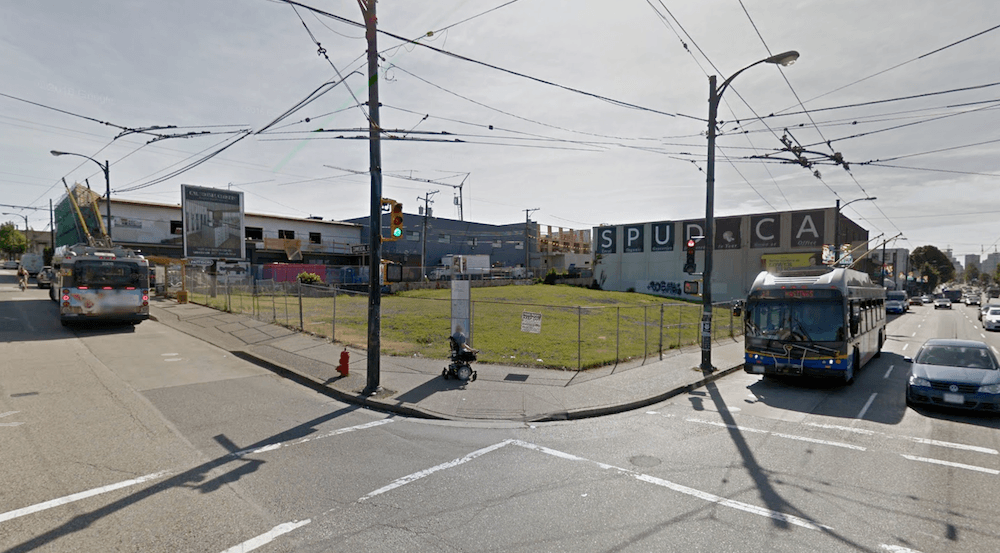 Suncor Energy, a major Albertan oil company responsible for much of the oil sands activity in the Athabasca region near Fort McMurray, has announced that it will donate a parcel of land it owns in East Vancouver towards the construction of a $30-million Native Youth Centre.

The site is located on the southwest corner of East Hastings and Commercial Drive at 1680 East Hastings Street, the former location of a gas station. The value of the Suncor’s donated property, which was fully transferred at the end of September, is estimated to be $9.5 million.

The proposed Native Youth Centre will occupy the gas station as well as two other mid-block properties – the existing Urban Native Youth Association (UNYA) building and a City-owned building currently occupied by grocery delivery service Spud.ca. The municipal government is working towards acquiring the building that houses UNYA.

Proposed site of the Native Youth Centre in Vancouver. 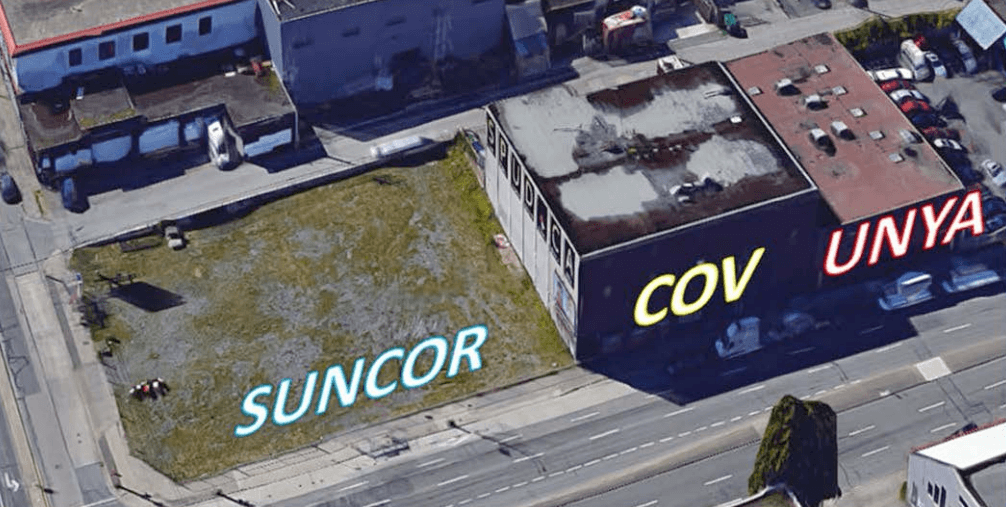 “This partnership with the City of Vancouver and Urban Native Youth Association will lead to a safe space for indigenous youth, a place where they can meaningful engage in their culture, community, expand their knowledge and employment skills, and further development their leadership capacity,” Tracey Wolsey, a spokesperson for Suncor, told City Council this morning. “Through the diverse opportunities, indigenous youth will be empowered to define their own path to success.”

Plans for the Native Youth Centre were first proposed and supported by all levels of government more than a decade ago, but progress on the project stalled until recently. Work continues on fundraising; it has secured $1 million in funding from the Canada Housing and Mortgage Corporation and the City for the pre-development costs of the youth centre and housing project.

UNYA is the second largest of 30 indigenous non-profit organizations in Vancouver, and it says it needs the expanded space as the organization has grown from 13 to 20 programs and its number of annual visits have increased from 2,000 to 26,000.