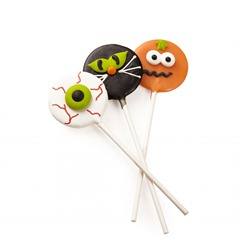 No plans this Sunday? How about joining the Vancouver Mycological Society (VMS) for their annual Mushroom Show this Sunday October 28th from 11:00 AM to 4:00 PM? The show will be held at the Vandusen Botanical Garden Floral Hall, and is only $3.00 (children under 12 free).

What better way to spend a lazy Sunday afternoon than with your friends and family. Imagine it like going to a mushroom freak show, minus the worry involving your kids/partner pointing and asking obnoxiously rude questions.  At the VMS Mushroom Show, curiosity and questions are just as important as the diversity VMS represents. But don’t let things get too out of hand, VMS members are very passionate about their mushrooms.

The first Mushroom Fair in the Vancouver area was held at the VanDusen Botanical Gardens in 1975. It was a great success and its organizer, Kitsy Fraser, decided to make the Fair an annual event. By 1978, the Fairs became so popular that it was suggested a mushroom club be formed. Hence, at the 1978 Fair in October, people interested in forming a mushroom club were asked to sign up. The first Vancouver Mycological Society (VMS) meeting was held on November 7, 1978, and an executive was elected. Continuing the tradition, the first VMS Mushroom Show was held on October 17, 1979. Since then, many people of different nationalities and backgrounds have joined the club, including mushroom farmers, professional mycologists, gourmet cooks, and a variety of eccentric characters.

So after a nice mushroom omelette for brunch this Sunday, stop by and learn something new. You may save yourself one day from reliving the psychedelic scene from  “A Very Brady Sequel” (1996), unless of course you’re into that sort of thing. Mushroom spaghetti anyone? You can also find out if you may be a good fit for the VMS club. Who knows, you may meet a fun-gi or a girl you might get to lich-en (pronounced like-en, please, get your mind out of the gutter). Of course whatever happens make sure you get a mush-room. Now there are no excuses to feel bored this Sunday. Get out there, broaden your knowledge, expand your network, and find another reason to love Vancouver!

How: Get in the car or take the bus to the location above, don’t forget to bring those loose loonies and toonies for entry.