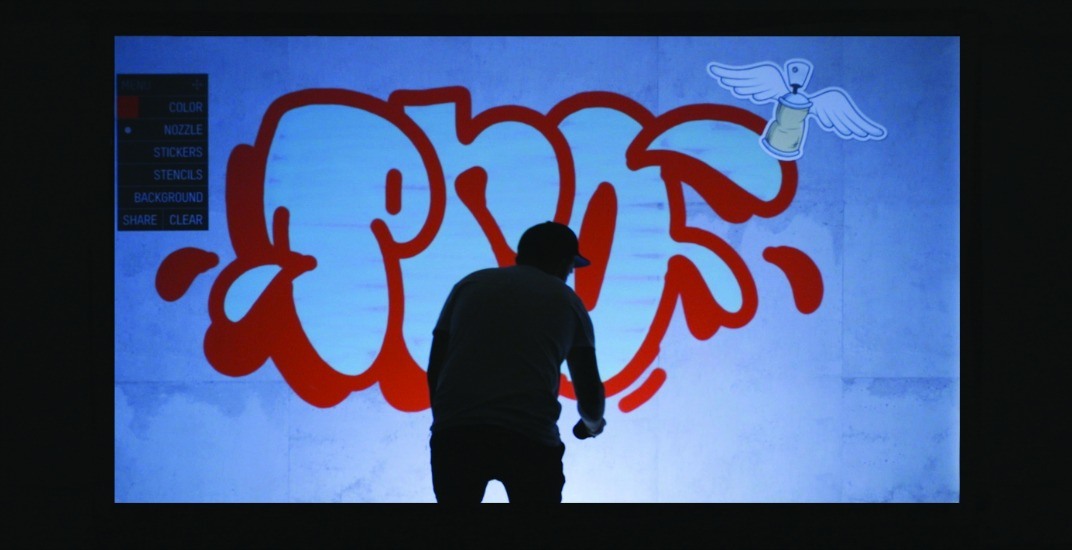 The second annual event kicked off on August 7 and runs right through to August 12. And you’ll get to admire tons of new murals by more than 60 featured local and international artists in the Strathcona and Mount Pleasant areas.

Two of those VMF artists are Scott Sueme and NAKS.

The pair were recently invited to try out Tangible Interaction‘s digital graffiti wall and to talk about the style of graffiti that has inspired them. You can check out an unreleased video of the all the action below.

Tangible has built its digital graffiti wall to look and feel like a real street where art can be created. So it’s no surprise that NAKS and Scott Sueme could pick up the digital spray cans, stencils, drips, and nozzles to work their magic in high-tech form.

“I have always appreciated graffiti in the many places I have been. A while back, I decided to recreate the experience digitally so more people could gain an appreciation of what it feels like to paint and to express yourself on a large scale. Over the past 10 years, we have worked hard at evolving our Graffiti Wall to be a great tool as well as a great experience for audiences,” Alex Beim, creative director and founder of Tangible told Daily Hive.

You can see both artists painting live on real walls as part of the Holden Courage Memorial Graffiti Jam at the VMF Mount Pleasant Street Party on August 12.

When: Now until August 12