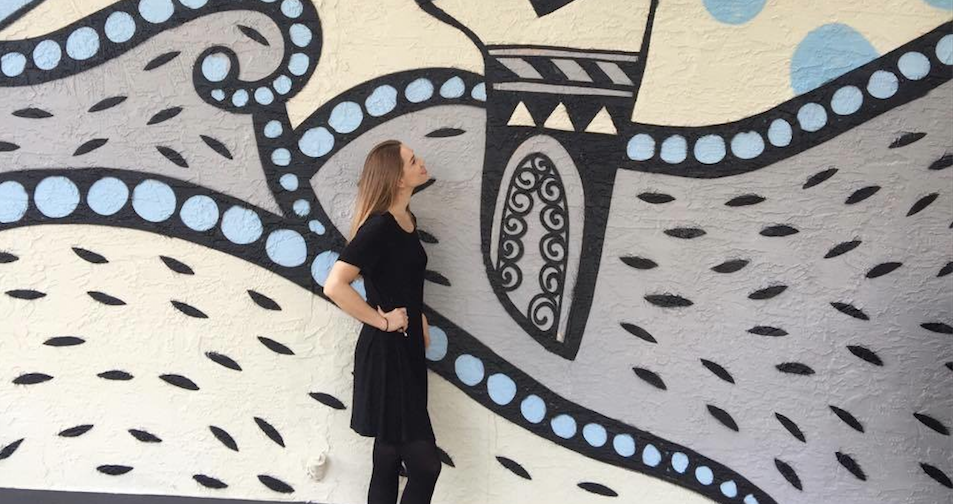 Mount Pleasant is about to get a lot more colourful.

The inaugural Vancouver Mural Festival is taking place on August 20, changing the physical landscape of the Main Street neighbourhood. Presented by Create Vancouver Society, and in partnership with The City of Vancouver, Mount Pleasant Business Improvement Area, and the Burrard Arts Foundation, the one-day festival is expected to attract close to 100,000 attendees, celebrating over 35 murals around the Main Street area.

The ambitious initiative was an idea developed by founder and executive director of the festival, David Vertesi, who began working on the project two years ago.

“I’m a huge fan of street art, mural art, and public art,” Vertesi told Daily Hive. “I really fell in love with the concept that you can do something and it can actually – physically – change the fabric of the city. I thought it was an amazing opportunity because I saw so many artists here and there’s so much untouched space.”

Vertesi is no stranger to the local art scene. As a member of the band Hey Ocean, he’s been a vital member in the Vancouver music community.

“I’m not a visual artist, I’m a musician,” Vertesi admits. But his love for music also developed into a love for local support when he began an annual fundraiser called Sing It Forward six years ago. Through his effort over the years, they raised over $200,000 for St. James Music Academy in the Downtown East Side. And from his music background, Vertesi wanted to get more people involved in the general arts scene. 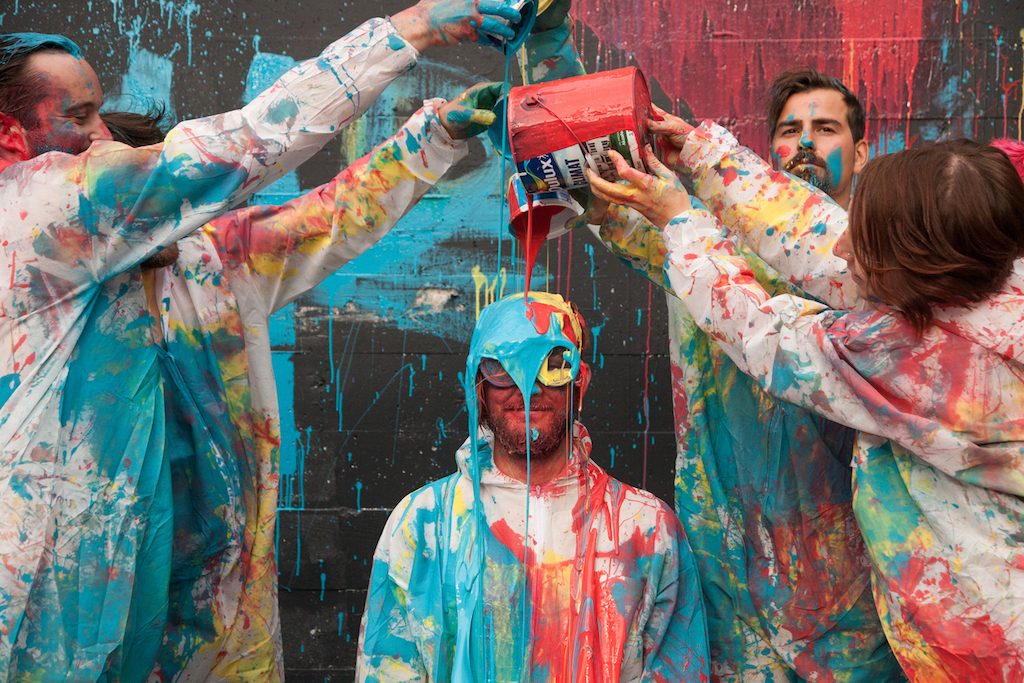 “It was a matter of being the change you wanted to see. I really wanted make a positive impact on the community and help create something that belonged to everybody not just be something that I’m doing. It’s meant to be something people to get involved in,” he said. “You have to give people meaningful experiences that have tangible results.”

And in order to get the Vancouver Mural Festival off the ground, Vertesi reached out to the local community to get as many people involved as possible. When he first proposed the idea, he said that most people thought it couldn’t be done. “But this kind of stuff doesn’t happen in Vancouver. The City will never let it happen,” were some of the reactions he said he got. But surprisingly, with the support of the local community, when he did engage with the City of Vancouver, he said they were supportive.

“They wanted it to happen too. The City has a mural support program. If you get permission from an owner to do a mural, they have money there to support you to do that. People don’t know about it,” Vertesi said. With the support from Kathleen Llewellyn-Thomas, Manager of Community Services, and Richard Newirth, Managing Director of Cultural Services, the Vancouver Mural Festival transformed from a concept to reality.

“I’m hoping this festival provides a catalyst and a yearly platform for people to feel inspired,” he said. 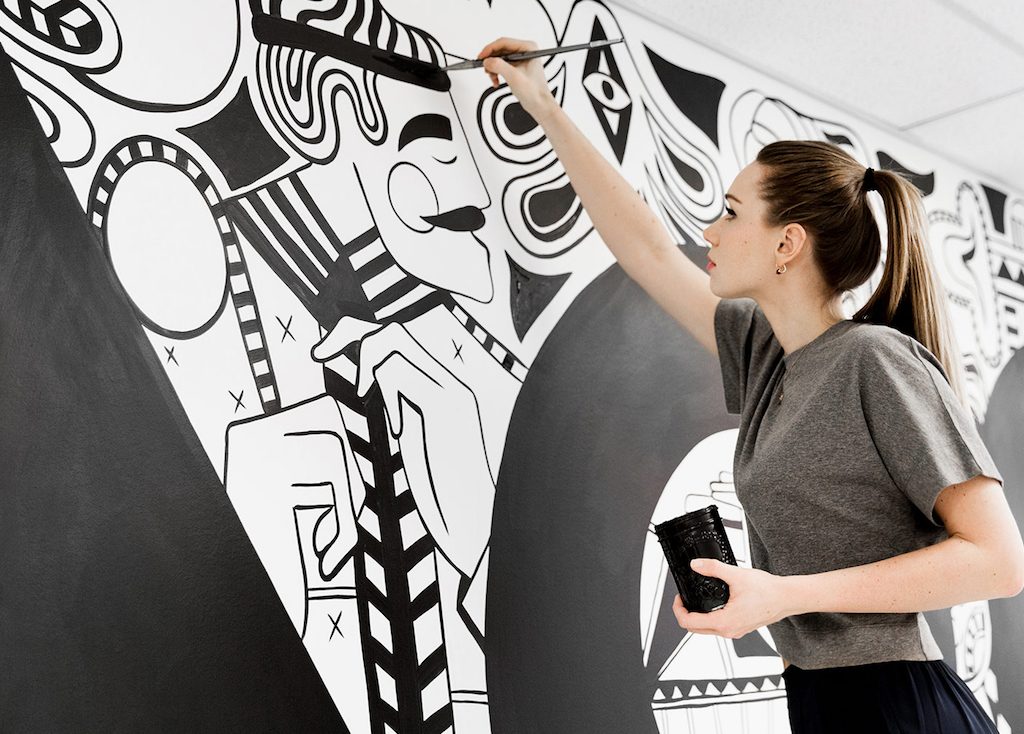 As a start for the inspiring project, the team is focusing on the Mount Pleasant and Main Street neighbourhoods – which is where the festival will be taking place.

“Mount Pleasant and Main Street have really become a cultural heart of the city. That’s why we are focused there. And besides the murals, there’s a music component as well. So there’s other stuff that we are able to do in that area,” Vertesi said.

The August celebration of arts includes a Truckstop Tailgate Party at the Red Truck Brewery on East 1st Avenue, and an evening club music series presented by 102.7 The Peak, featuring renowned artists playing intimate shows, including Andrew WK who plays the Cobalt and Shad at the Biltmore. All evening shows will cost $10.27, as it is supported by the event sponsors.

“The concept was to do a club series in the evening that involved getting big bands into small rooms for really memorable performances,” Vertesi said, and with those venues, it certainly will be memorable.

With the art focused on Main Street, Vertesi said they will be looking into other neighbourhoods in the future. “We were trying to have some more satellite points. We have a project over on East Cordova this year that we’re working on, with nine murals in total. We’re looking to do that every year, get into other neighbourhoods, but I think as far as the festival goes, the hope is to be creating 20 murals at least every single year and expanding the footprint out from there.” 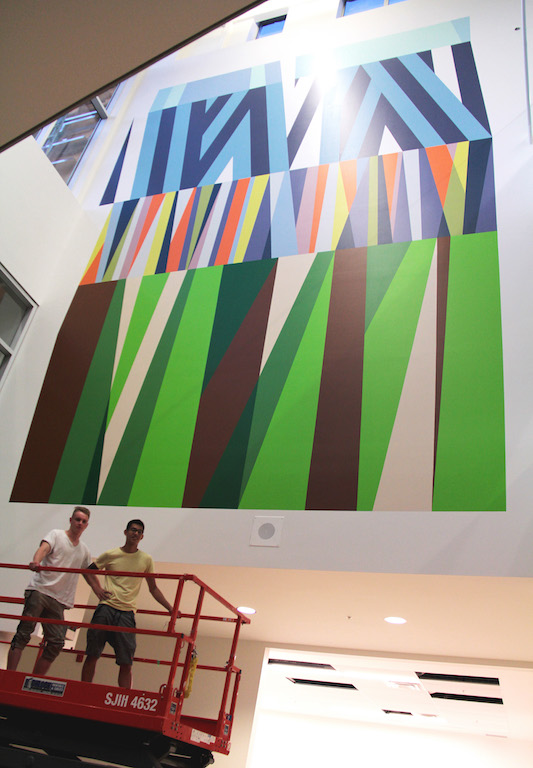 Local artist Scott Sueme will be creating the festival’s largest mural, which will be painted on the front of Hootsuite’s HQ (the old CSIS building). Sueme started as a graffiti artist in 2002 and is excited to be doing work in his own backyard.

“It’s something that has always been talked about happening in Vancouver,” Sueme said. “Internationally, there are these festivals that take place in other cities around the world, and it’s always such an eye opening experience. But to have it in Vancouver, it’s a big deal for the city and all the artists involved.”

Sueme’s art will be his largest mural to date. As for what it will be, he’s keeping it a surprise for now. “People should be excited. It’s something that will hit them as the festival is going on because it’s definitely going to change the landscape of Mount Pleasant. To have it all happen at once is going to be quite the experience,” he said.

The art will begin to take place later this month and in early August, leading up to the festival. “I feel like Vancouver is going to be blown away by its own talent,” Vertesi said. And once this year’s event is over, he hopes to talk to the City and partners again to continue the Vancouver Mural Festival on an annual basis.

“Vancouver has such a great arts scene, but it’s all been indoors until now. It’s been behind closed doors. We’re hoping to transform the way people see it and we’re hoping to blow the doors wide open,” he said.