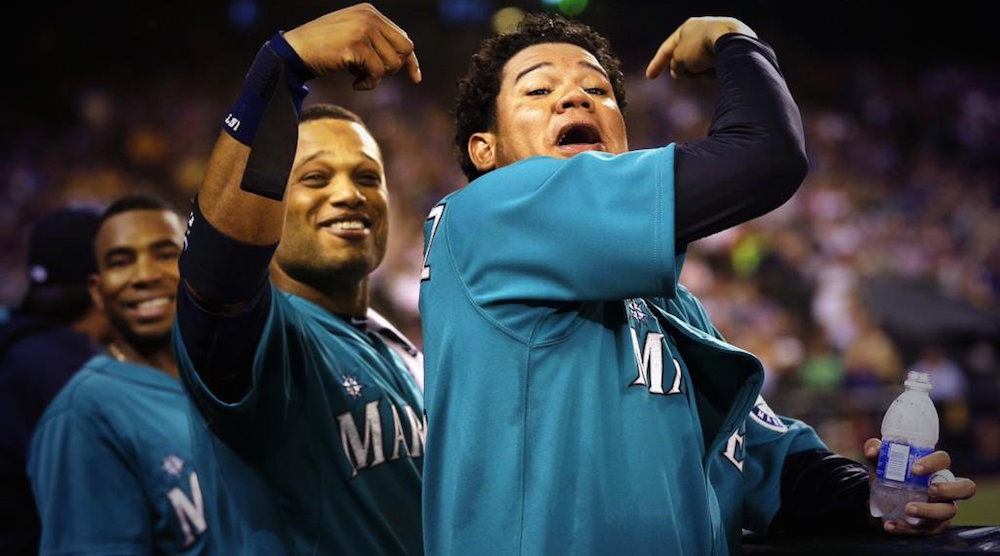 Here are three facts about the city of Vancouver:

You really don’t have to deny it.

We all know a person or two (or eight) in this city that bought a new Blue Jays hat because they all of a sudden were a “diehard” fan. Well, sadly, your favourite team’s outlook has changed and it’s time to look just south of the border..

Now, this is just one man’s opinion. I’m just coming at you as a messenger and a devil’s advocate, so don’t get all bent out of shape. Take a quick read and decide if you want to take your Blue Jays hat off Craigslist or not.

Who is that? Hold your horses. Let me tell you.

Last season with the Arizona Diamondbacks, the shortstop led the National League in hits with 203. Of those hits, 41 were doubles and 20 were home runs. He added 33 stolen bases, too.

The top of the M’s lineup is going to be one of the best in the league.

2. Seattle is now one of the fastest teams in baseball

Again, one man’s opinion. You tell me what you think after you get the facts.

Lifetime, Dyson has stolen 176 bases, 30 of which came last season, while also adding a career best 83 hits in 2016. Fellow outfielder and likely fifth or sixth hitter, Leonys Martin added 26 stolen bags last year and then when you toss in Segura’s latest tally of 33, you’ve got an extremely scary team on the base path.

The 2017 rendition of the M’s can hit, they can run and they’re also scattered with Gold Glove winners in the field. Combine that with six-time all-star and former Cy Young winner Felix Hernandez leading the way on the hill and this year’s ‘VAN’wagon decision should become a little easier.

Edwin Encarnacion is OFFICIALLY a member of the Cleveland Indians! pic.twitter.com/0Y7QopD7jv

Not only did Encarnacion sign a three-year deal with Cleveland, but he turned down the Toronto offer to go to a major contender. Kind of a slap in the face to Toronto, but prior to Edwin heading to Cleveland, the Jays signed Kendrys Morales to be play first base and slot in at designated hitter – Edwin’s usual role.

So who slapped first?

Now the big question, how do you replace a three-time all-star, last year’s American League RBI leader (127 RBIs), and 42 home runs? Well, as mentioned, the Jays brought in Morales who posted 11 dingers and 39 RBIs in 51 games last year. And… that’s pretty much it so far.

Now, obviously, the Jays aren’t done and still have a long way to go. Their biggest problem still may still await though…

Calm down, I have no proof of this. The team offered him a deal though and the pen still hasn’t hit the paper now months later. I’d call that a struggle, wouldn’t you? Bautista is the biggest free agent available and is looking for a multi-year deal.

Something, the Blue Jays may not be willing to budge on.

Unlike Edwin, Jose Bautista is still waiting on a new contract. pic.twitter.com/N6da9YF48z

So now it becomes a game of who bites first.

Do the Jays give in and sign Jose to a few years or do they wait for the market to soften even more and Jose to fold on a one-year? Either way, Bautista won’t be happy with the disrespect.

The other alternative is Joey Bats takes a walk. Should this scenario play out, the Blue Jays will have lost a combined 64 home runs and 196 RBIs between Edwin and Jose.

The remaining free agent bats out there won’t be able to fill that void. So, should the team look to trade for power instead, they’d have to give up a valuable asset. Something that’s a little easier said than done, considering they’ve already lost quality reliever Brett Cecil to St. Louis and starter R.A. Dickey to Atlanta.

Enter a new scenario that benefits those of us that live three hours from Safeco Field.

Easy there Sally, it’s just a rumour. However, it’s a thinker that’s really picking up steam.

Joey Bats would join fellow Dominican all-star sluggers Nelson Cruz and Robinson Cano – just an added little perk. He’d depart from what looks like a sinking ship in Toronto and he’d join a division with the Texas Rangers – his most-hated rival in baseball. Kind of makes sense, no?

You better believe that Jose Bautista vs. Rougned Odor made our list of the year's best and biggest sports feuds https://t.co/QyhH9nZ1zC pic.twitter.com/hkhOiSbq1j

Tickets are cheap. Safeco is beautiful. The team is an emerging contender and the drive is short. Have you Craigslisted your “die hard” hat yet?