Vancouver, where a million dollar home is nothing extraordinary. Years ago, the million dollar dividing street was Cambie, however, over the years the line is inching ever so close to Main Street.

Even the once working class East Vancouver is changing, especially in the southeast corner of the city.

Here are some key findings from Bing Thom Architects, the company behind the map. 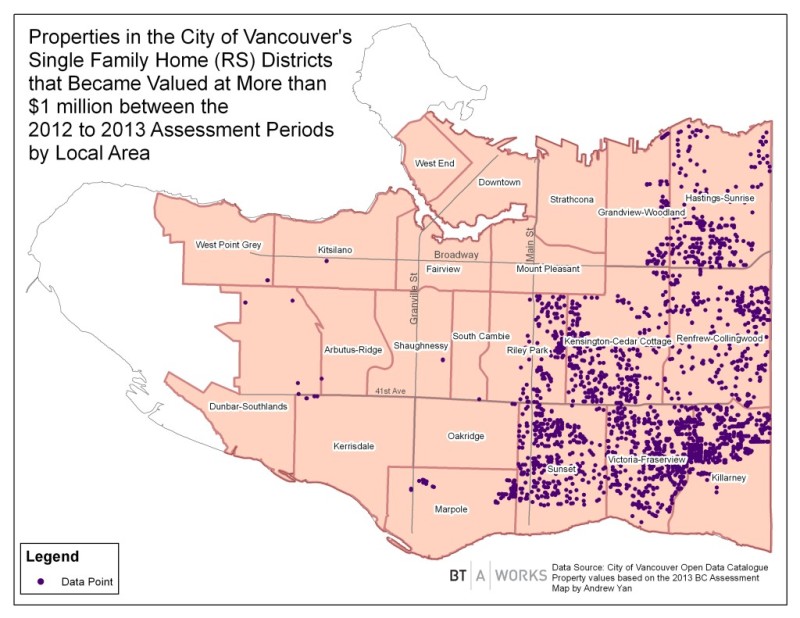