The young woman, in her early 20s, was seated on the bench to my left inside the bus shelter. Her head was bowed over her phone, her face obscured by her straight red hair, which could have been a natural (if striking) red, except that her light brown roots showed. She wore a green jacket, light jeans and a pair of beige wingtip shoes.

I looked at my phone too. The bus was a few minutes away.

I looked up when I heard a chipper “Hi!”

A young man, also probably in his 20s, was peering around the glass at the red-haired woman from the side of the bus shelter. He had blond dreadlocks bound up on top of his head under a floppy knitted hat. He wore cargo pants, and held the handlebars of his bicycle, parked next to him.

The young woman’s returned “Hi” made it clear to me she didn’t know him.

I suspected she didn’t really care about his shirt.

I was uncomfortable. I was starting to lean forward onto my toes slightly. I wanted to tell the man to keep walking.

“Thanks,” said the young man. “Have a great day,” he finished, and walked his bike back around the bus shelter and away down the street. 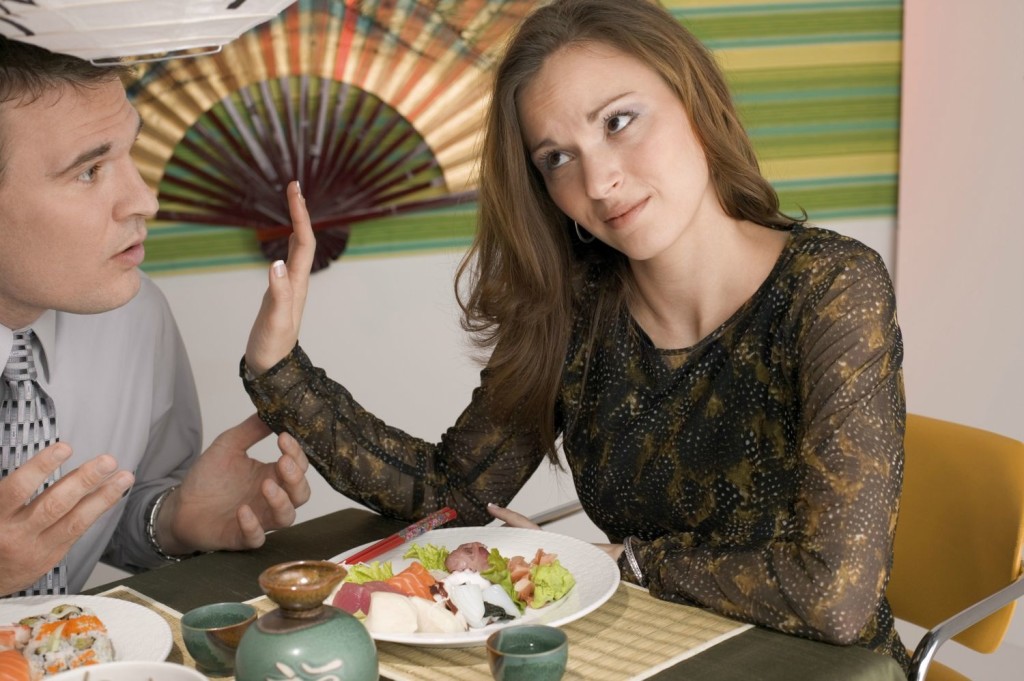 “I forgot my phone number, can I have yours?”

I know there are people who are going to read that and think it’s an innocuous exchange. That he was just paying a friendly compliment. And compliments are nice, and everyone likes them, and if you don’t like compliments from strangers, you’re grumpy or a b—-.

At first, I wondered why it made me uncomfortable. If we never flirt with strangers, then how do we meet one? Why shouldn’t a person, ostensibly looking for love in a city colloquially known for having an icy dating culture, try to break the routine and have a genuine exchange in the corporeal world, instead of from behind their Tindr or Plenty Of Fish or whatever is the dating app du jour?

I realized I felt uncomfortable because it wasn’t an exchange at all.

He could have said it in passing. He could have strolled by and waved, “hey, nice shoes!” He could have given her the gift of a true compliment and been on his way. He didn’t, though. He stopped. He said “I like,” twice, and he waited. He didn’t go away until he’d gotten something.

A similar thing happened again, the same week. This took place on the bus, rather than waiting on the street – I suppose these encounters happen on public transit a lot since it forces ordinary people from all walks of life together, and affords observers like myself a moment to do nothing but observe, if our cell phones get boring.

An elderly, blotchy, duck-lipped pile of a man sat in the reserved seats at the front of the bus. A woman of about 50, slender, with a sort of dignified upper-middle class look, wearing dark jeans and a sweater that could have been from an upscale section at The Bay but probably not Holt Renfrew, entered the bus and stood near him, gripping one of the gray straps, really the only place left for her to stand comfortably on a moderately busy route.

The old man asked her personal questions including whether she cycled for exercise, to which she replied with one-word answers.

Shortly, the old man stood up, as if to exit the bus.

Instead of leaving, he stepped into the woman’s sight.

“Thank you,” she said. “Have a nice day,” she added, before hurrying off the bus.

She’d only ridden it two stops. 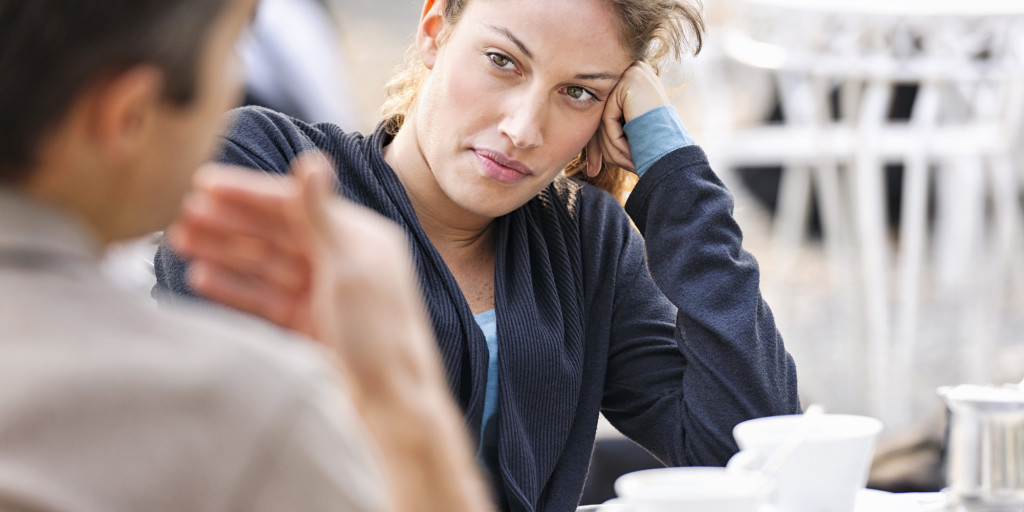 “If you were a flower, you’d be a DAMNdelion!”

It happened yet again in the same week: a tall, dark-haired young woman, in black patent leather boots and wearing her makeup in the style of a restaurant hostess, walked briskly down the street, past me, in the same direction. An Albertan man of about 40 – I’m guessing, based on his Stetson, beer gut, Levi’s, cowboy boots and roses embroided on the shoulders of his straining snap-button shirt – was walking the other way, toward us.

“Hey, what’s going on?” he leered, craning his neck around as she breezed past.

When she didn’t answer, he began muttering bitterly. “Oh, f— nothing eh, ya…” he trailed off, swearing.

None of these events are distinct. From the “friendly” hippie guy to the vaguely threatening cowpoke, what’s happening is the same. What is happening is that men feel entitled to a reaction, and they’ll try to force one if they aren’t getting it. This is not more true if you are an old, infirm man than if you are a young, relatively attractive one. In each case, it was fairly clear to me the woman wasn’t interested and, what’s more, felt forced to placate the aggressor for fear of escalating the situation – thereby ultimately caving to the pressure to validate the man’s attentions.

Did that girl at the bus stop care about the man who liked her shoes and her colours? No. She didn’t put them on that day to impress him. Should it have made the woman on the bus feel good to have that rotting old Hutt push his duck lips into her face and call her “cute?” How would it have benefitted the tall woman in the boots to stop and tell the beer-gutted hick about her day?

None of these women were making eye contact with these men. They didn’t give any indication of looking for compliments. The idea that they should nevertheless appreciate it, that it should make their days, is hilariously arrogant and entitled. What makes any man so great that a compliment from his exalted lips should have that kind of power over a woman he doesn’t know?

Luckily, in these situations, nobody got hurt or seriously threatened. However, it is significant to me that I observed so much of it in such a short time. 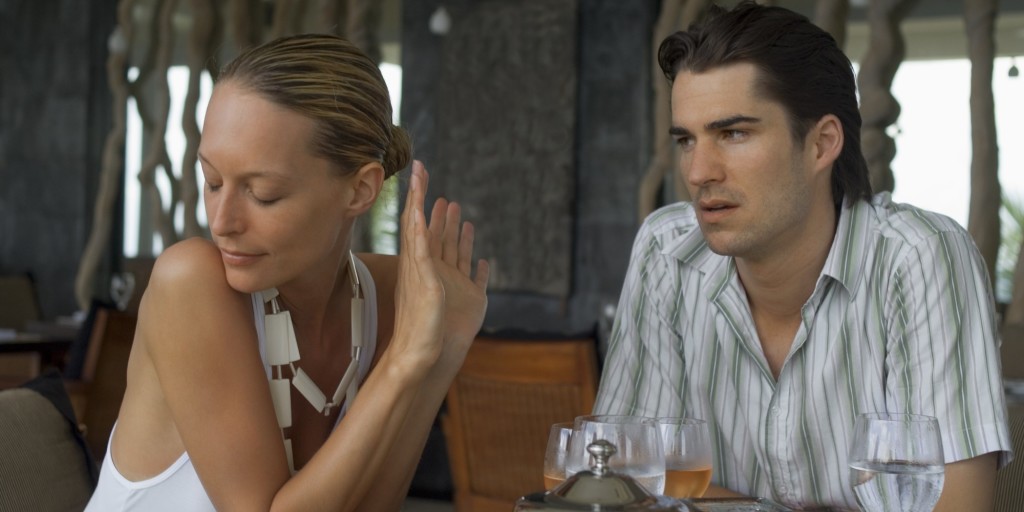 Maybe lamentations of the Vancouver dating scene make sense in this context. No wonder women are cautious if some men keep trying to force them into clichéd power fantasy movie scenarios where persistence is rewarded with a date and compliments are paid as currency to purchase some form of sexually motivated validation.

From one man to another, please stop it. It’s not charming and we’re not in the movies.

The bottom line is, you don’t deserve to interact with that woman just because you like the way she looks. You need to be invited, because if you aren’t, you’re threatening. You may not think you are, but you are, because the instant you demand she acknowledge you by invading the sphere of her attention, you are there uninvited. She is already thinking about how this could go badly if she doesn’t get rid of you very carefully. What other violations are you willing to commit to get validation from her? Are you going to follow her? Are you going to insult her or cause a scene? Are you going to do something worse? This is ALWAYS true, ALL THE TIME.

If you want to engage someone, you need to look for some basic social cues. Is there sustained eye contact? Is there a smile? Is there positive body language? Great, now you’re cleared for sex. NO, JUST KIDDING, STILL NOT OK. Now you’re cleared to compliment the shoes (ideally without making it about you, i.e. “those are nice shoes” rather than “I like those shoes”). Or something else not invasive.

Some people may be thinking, “If I never approach strange women, then there’s no chance I’ll get sex/a date. If I say something, they might not give me sex/dates, but they also might.” This kind of thinking is exactly the problem. It’s entitled, and it’s ignorant of the gender power dynamic in which we live. It places no concern on what might make a female stranger extremely uncomfortable, all for a fraction of an iota of a chance of getting your rocks off.

I promise, if Vancouver men live by a rule of leaving women alone who demonstrate no interest in them, they’ll get exactly what they deserve.

Some people are going to read this and cry, “SOME bad men, but not ALL men, are giving us all a bad name and making women overly cautious and sensitive!” Fine. Go prove it by respecting women. Call out your bro next time you catch him acting entitled to a validation of his presence by a woman stranger. Telling me here on my article’s comments section that you’re not like that isn’t going to make it true. When all women no longer have to worry about men feeling free to make comments about them publicly at all times, you won’t have to complain that articles like these falsely implicate you among a group of bad apples because it will be a non-issue.

Some other people are going to read this and think that because I’m gay I have no right to tell straight men how to court women, because what would I know? Well, a lot. Women don’t generally feel threatened by me, so I have a lot of girlfriends who aren’t afraid my friendship is going to be leveraged for sex some day, and they talk to me. And since I don’t play the hetero gender politicking game the way you do, I see boy-girl courtship from the outside. My judgment on appropriate social behaviour towards women isn’t constructed out of the same patriarchy-normalizing Hollywood fantasy yours is. My judgment may not be the alpha and omega of boy-girl dating, but it’s a relatively unbiased eye compared with yours. Call it a queer eye for the straight guy. (Gays have our own problems with women and masculinity, but that can of worms is not for today)

I suspect still more people will want to take to the comments section to devalue my masculinity, or compare me pejoratively to female genitalia, to which I say: a) I find nothing shameful about female genitalia and b) defining masculinity negatively, against what is not masculine/what is feminine, has been the subject of a lot of research I suggest you examine, (here, here and here) but since you are a troglodyte, I’ll summarize: calling other people unmanly is not only inherently gynophobic, it’s also unmanly, because it makes you look threatened, which shows your grip on your own masculinity is weak.