When it comes to median household income Canada’s top three cities don’t perform as well in comparison to the smaller cities. In British Columbia Vancouverites on average make less than people in Victoria. You can probably chalk that up to the highly disproportionate government jobs that tend to overpay for talent in Victoria.

When looking at the below incomes one has to consider the types of industries that dominate certain cities. For instance, Ottawa is home to a lot of government jobs. Those jobs pay particularly well. The oil money definitely helps Edmonton and Calgary. 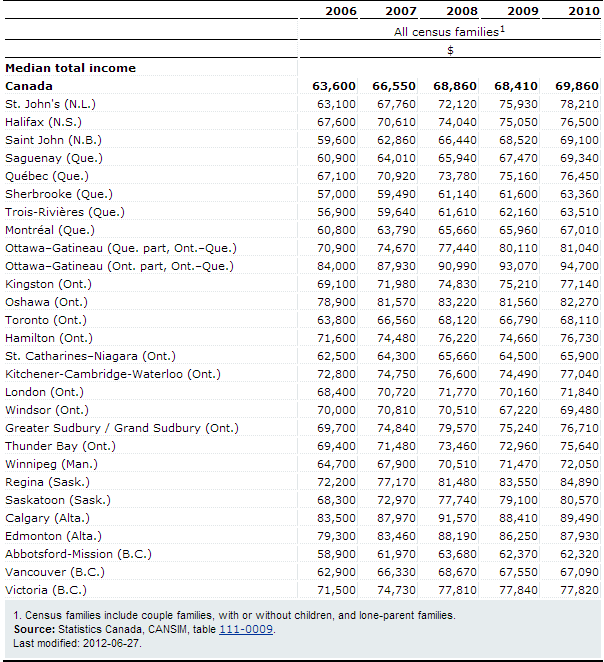