A Vancouver man posted a photo with a story on Facebook that has warmed hearts and gone viral.

Ehab Taha claims in a February 2 post that an elderly woman showed an extreme act of kindness to a man suffering from what he describes as “drug abuse and\or mental health issues” who was acting erratically on the SkyTrain.

Taha says the man was swearing, shouting, and scaring commuters when a 70-year-old woman reached out and grabbed his hand “until he calmed down, sat down silently, with eventual tears in his eyes.”

Afterwards, he spoke to the woman and asked her why she did it.

“I’m a mother and he needed someone to touch.”

He claims she became emotional after telling him.

The photo has since been shared more than 15,000 times and has left commenters feeling sentimental.

“Thanks for sharing! When realty is so much simpler than our prejudiced assumptions about how and what people are,” reads one comment.

Another commenter wrote: “Thanks for sharing. People are so easy to judge without acknowledging someone’s circumstance sometimes. Good reminder to all of us.”

Here’s the image that touched so many hearts: 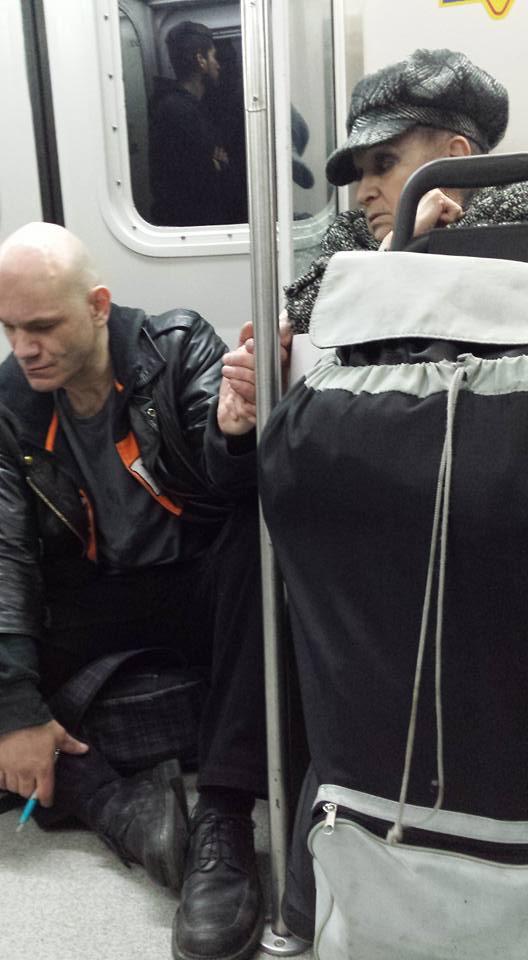