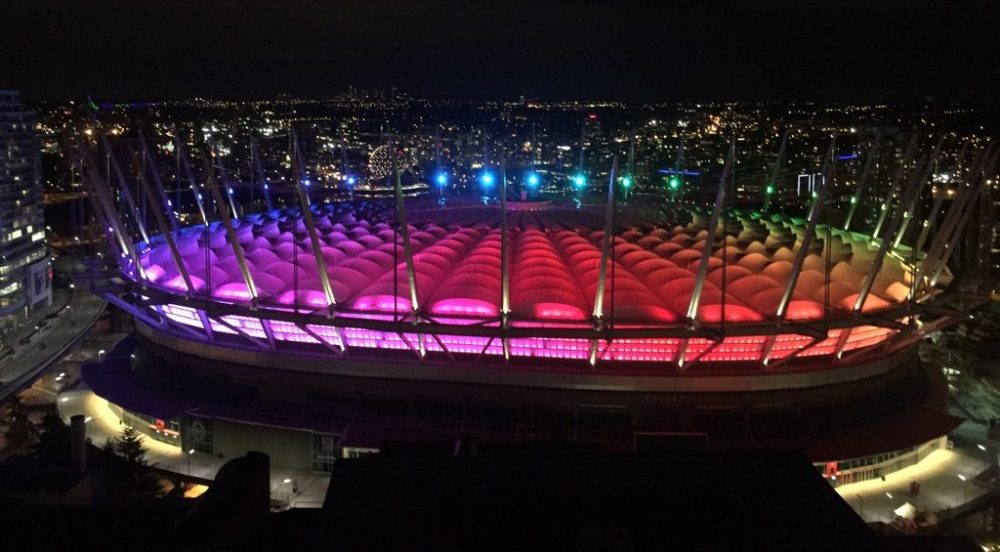 Vancouver landmarks lit up in rainbow colours on Sunday evening as the city came together to honour the victims of the attack in a gay nightclub in Orlando that claimed the lives of 50 people and injured 53 others.

Alongside a candlelight vigil which was held on the steps of Vancouver’s Art Gallery; BC Place, Canada Place, Telus Garden, and Vancouver City Hall were all illuminated with the colours of the rainbow flag on Sunday night as Vancouver came together to mourn the victims of the shooting.

Over the next several days, Canada Place, Telus Garden, and Vancouver City Hall will remain lit with the rainbow colours during the early morning and late evening hours.

There is nothing more #heartbreaking than knowing that there could be so much hate in our world. My heart goes out to the #lgbt community . #Vancouver has lit up our sails to show you love and support. #love #noh8 #stopgunviolence #sadness #canadaplace

A video posted by Stephane Quintal (@stephanequintalbobblehead) on Jun 13, 2016 at 12:04am PDT

I attended the vigil at the Vancouver Art Gallery to capture moments with my Daily Hive (@vancitybuzz) team and stopped my car to take this pic on my way home. #Pride