Joe Fortes has been around for ages and it’s easy to see why. I really love it when restaurants serve warm bread, and Joe’s goes the extra mile and does that. What was unique about this dish though, was the oil. This wasn’t your average EVOO, they use lobster oil, made in-house. The acidity in the vinegar enhances the flavour of the oil, so good! 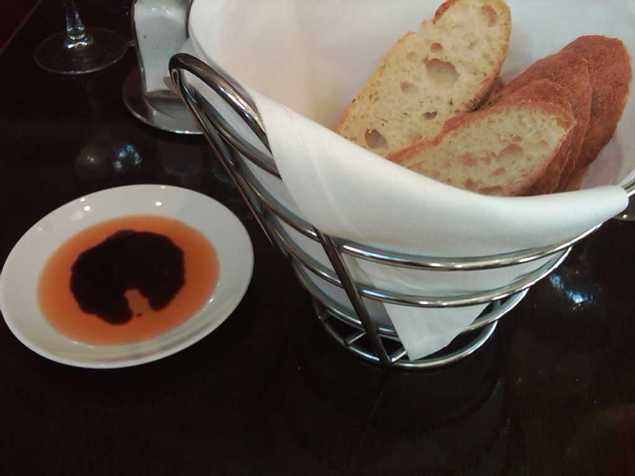 They have weekday Blue Plate specials which are a steal at just $9.95. They also have a two and three course prix fixe menus as well. I decided on the two-course for $14.95. I got the Clam Chowder which arrived piping hot. Loaded with clams and not overly salty, you get just a hint of the bacon and thyme used to flavour the creamy soup. Save your bread and use it to clean out the bowl properly. My second course was the potentially messy Shrimp Linguine, as you can see, it’s loaded with shrimp and tossed in a nice, albeit slightly watery marinara.

Another great choice is their Lobster and Shrimp Sandwich. Served on fresh brioche, ask for it to be double toasted so it would hold the fillings better. Stuffed with lobster meat and baby shrimp, tossed in a light mayo with some celery for crunch and parsley for freshness. I skipped the mayo on the brioche but didn’t miss it at all. Toss in some fresh lettuce and tomatoes, and you’ve one amazing sammy.

One thing that I really enjoyed about this dish was the generous portion of greens that they served up with it. Just lightly dressed with a balsamic vinaigrette, and topped with a lot of finely diced tomatoes. Such a treat! Try Joe Fortes for good value and consistent service.