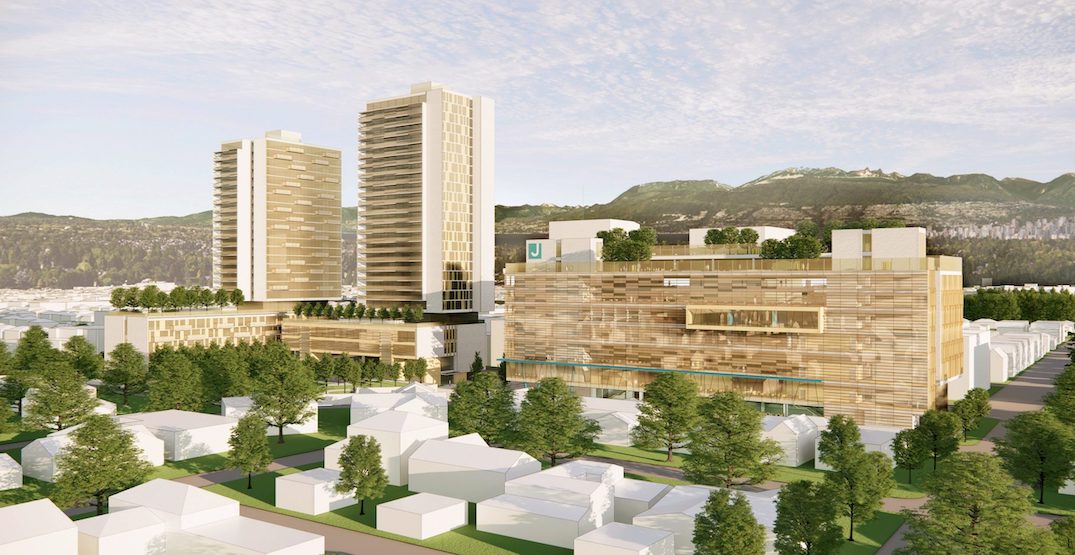 The provincial government has provided the Jewish Community Centre of Greater Vancouver (JCC) with a $25 million funding infusion towards the organization’s cost of building a newly expanded home with a major affordable housing component.

The redevelopment of the JCC’s existing 3.3-acre complex at 950 West 41st Avenue — the southeast corner of the intersection of West 41st Avenue and Oak Street — replaces ageing facilities built more than 60 years ago that are unable to meet the demand of the growing community.

“We are grateful for the province’s support for our vision. We believe in making the world a better place for everyone. This grant will help us to redevelop the centre to provide more services for the families in our community and beyond,” said Alvin Wasserman, the president of the JCC.

The new 200,000-sq-ft community centre on the eastern parcel of the site will include an expanded childhood education centre (400 childcare spaces, twice the number of spaces in the existing building), youth and teen centre, adult day centre, seniors centre, 450-seat theatre, cultural and arts spaces, and a new Vancouver Holocaust Education Centre, as well as recreational facilities such as a new aquatic centre, fitness gym, and gymnasiums.

Two towers reaching up to 26 storeys at the western parcel will contain about 500 units of mixed-use rental housing. 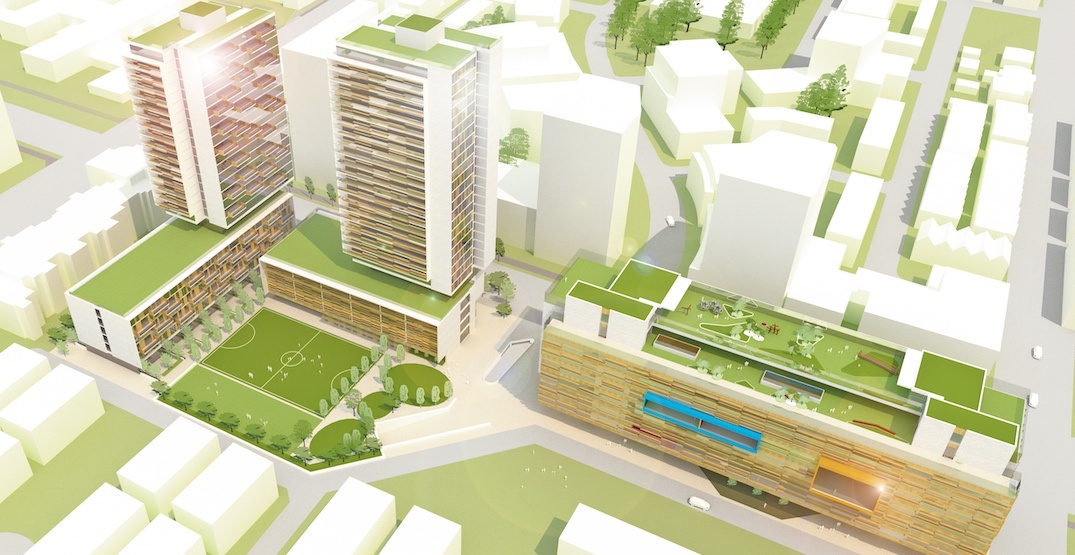 JCC requested a total of $50 million from the provincial and federal governments towards the project. It is not immediately clear if federal funding is forthcoming for the remaining half of the request.

Both the BC NDP and BC Liberals made separate promises during the Fall 2020 provincial election campaign to help fund the new JCC.

“A key part of this initiative is building more affordable housing,” said David Eby, BC Attorney General and Minister Responsible for Housing, in a statement.

“I applaud the Jewish Community Centre for taking on this ambitious project that will improve so many people’s quality of life. I hope today’s provincial announcement encourages other levels of government to join in this exciting project.” 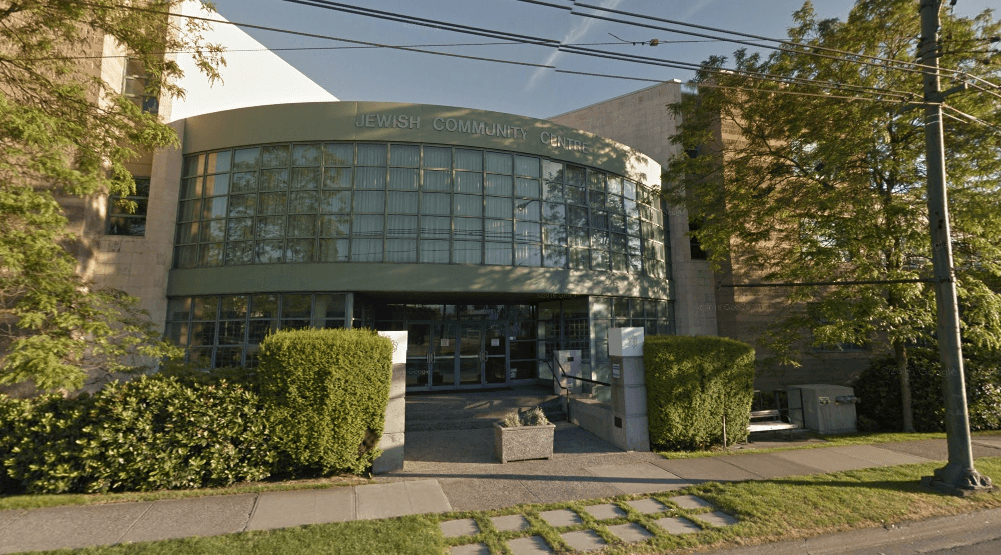