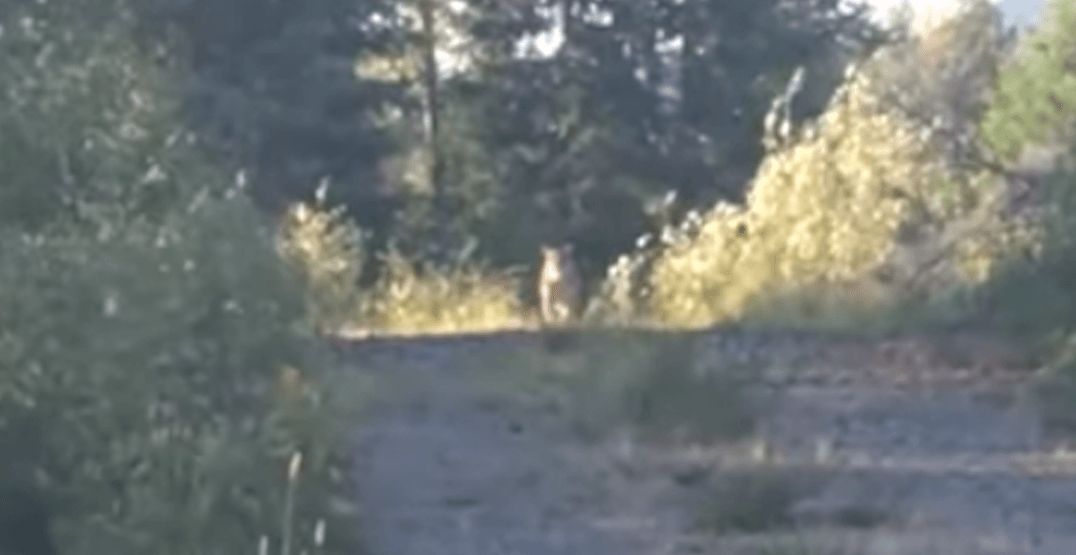 You might not find the strategy in any wilderness survival books, but for one Vancouver Island woman, playing a Metallica song appeared to be an effective deterrent to a potential cougar attack.

That woman was Dee Gallant, who was going for an evening hike in Duncan.

She opted to go up a logging road, and it was during this time that she “felt a funny feeling.”

Looking to her right, she “quickly realized I was being stalked by a predator about to bite off more than he could chew… literally,” she said on Facebook. “I told him off, and even used my mean voice but he just kept staring at me.”

Gallant then decided to videotape the encounter, “but when he wouldn’t leave even after calling him a ‘bad kitty’ I figured I better try a new tactic.”

At that point, she “quickly rifled” through her iTunes, before selecting Metallica’s Don’t Tread On Me.

As soon as the song started playing, she said, the cougar “buggered off into the bush.”

Relived at the outcome, she quipped that the cougar perhaps did not want to eat “anything that leaves a Metallica taste in his mouth.”

But the story didn’t end there.

The video and her story went viral, with Metallica guitarist Kirk Hammet posting a story of her encounter on his own Facebook page.

And while this might be a pretty big nod from one of the world’s biggest bands, there was still more to come – in the form of a phone call from Metallica frontman, James Hetfield, who sent her a picture of himself as well, for “confirmation” that she was, in fact, talking to him.