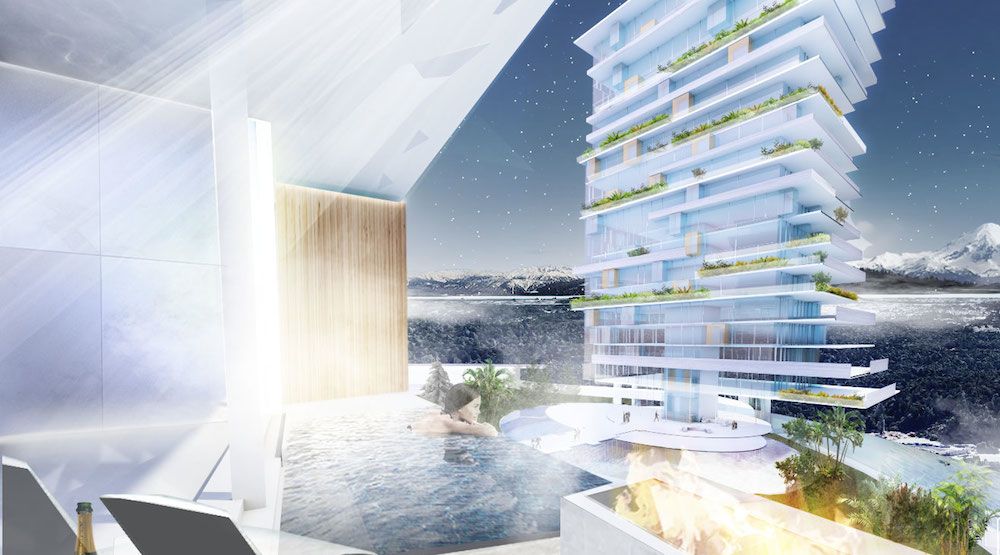 Perched on top of a mountain with 360° views of the ocean and surrounding landscapes, a local architectural firm’s design for a new destination resort in southern Vancouver Island would be unlike any other resort in Canada.

Arno Matis Architecture’s innovative concept for a ‘Vertical Micro-Climate Resort’ was recently named as one of the three finalists in the New York Radical Innovation Design competition, an annual globally renowned competition on hospitality innovation.

The design calls for a circular podium with three towers reaching a height of up to approximately 20 storeys.

Its innovative design will attempt to create a ‘micro-climate’ to provide guests with a warmer and brighter living experience all year-round.

“Each mid-rise feature with dramatic cantilever decks that stagger and terrace to take advantage of sweeping views and sunlight, and podium townhouses oriented to provide dramatic and unobstructed ocean and mountain views.” 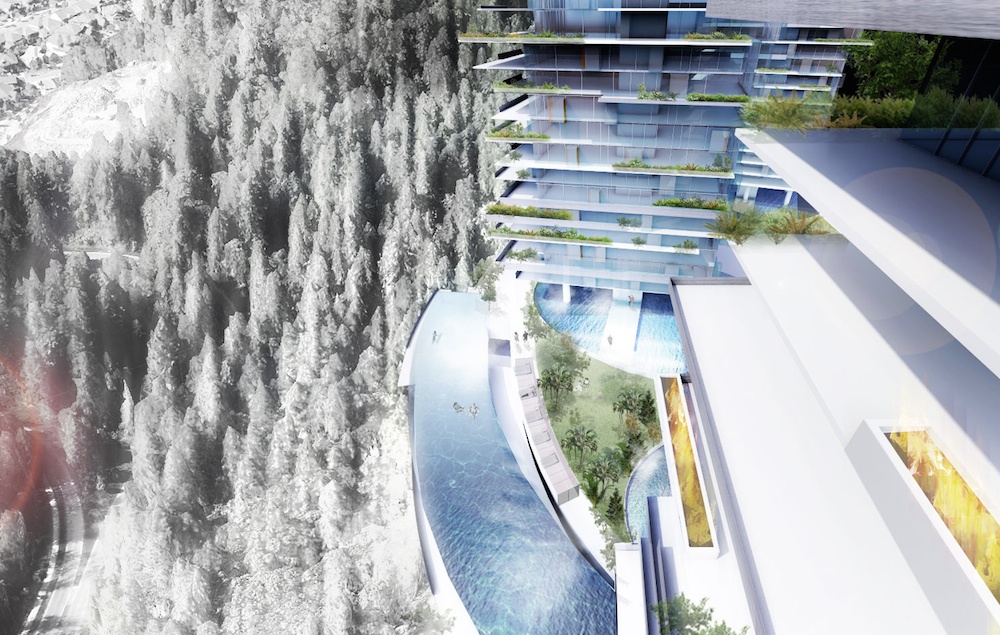 There will also be geothermally-heated, cliff-edge infinity pools and greenhouse cabanas that allow guests to swim outside and sit poolside year-round.

The grounds of the resort will even remain temperate throughout the year with the usage of organic Phase Change Material Energy storage technology in the concrete, which will allow the grounds to stay warm in the winter and cool in the summer. 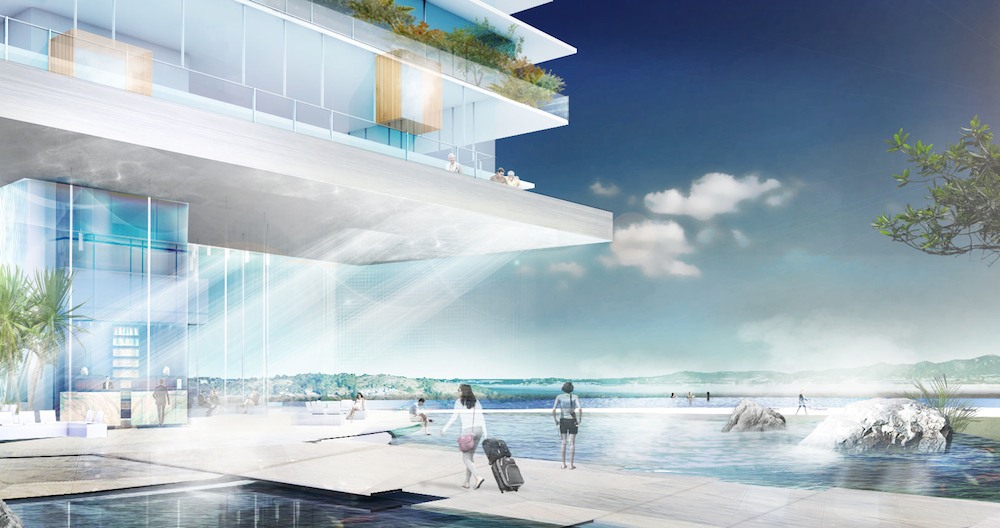 As for the precise location of the resort, the resort’s proponents have not revealed it at this time as the project is still in its preliminary stages.

Christie Anderson with the architectural firm told Daily Hive the original scheme for the site, which is about a 20 minute drive from Victoria, proposed four highrise towers ranging up to 50 storeys. The site is partially built, but construction was halted in the advent of the 2008 economic crash.

There is currently no timeline for the project, and the final concept will likely differ.

As part of the design competition, the firm will present their concept to developers in New York City this fall. The two other finalists are a treetop hotel resort and a ‘Play Design Hotel’ that functions as both an incubator and living lab for designers. 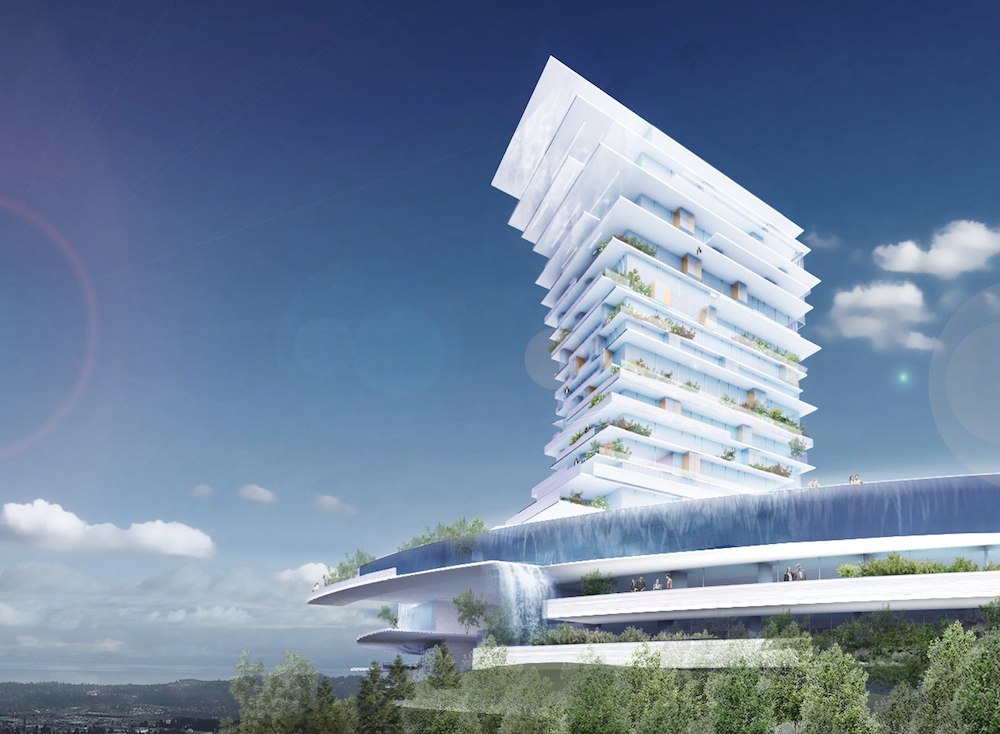