Every trip starts and ends on foot, and the best way to experience any city is by walking. To help make finding a walking route in Vancouver even easier, 210 map stands will be updated or installed, starting in the downtown core this September. Additional maps will be installed around the city throughout the fall.

The improved and expanded wayfinding system is part of a commitment by the City in its Transportation 2040 plan to ensure that navigating the city is easy and enjoyable for pedestrians. The new signage is part of the City’s strategy to ensure an inclusive, healthy, prosperous, and livable future for Vancouver. 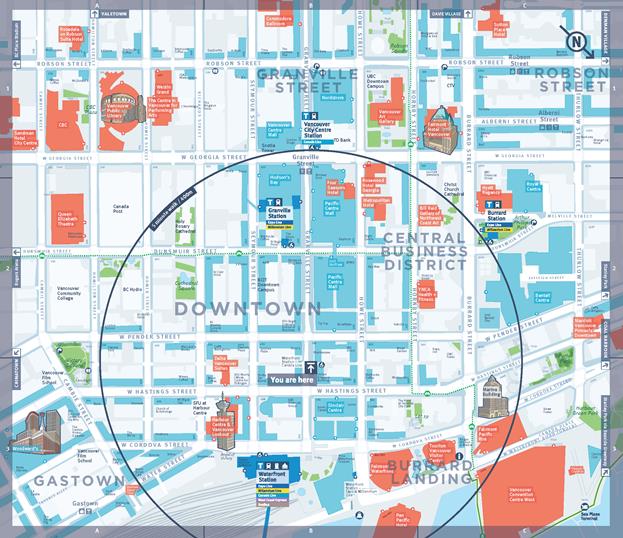 Pedestrian wayfinding helps people orient themselves and makes it easier to connect between amenities and destinations. In a recent on-street questionnaire, 82 per cent of people using the current wayfinding system said they were more likely to walk between places because of the maps.

Updates to the wayfinding system will improve the walking experience in Vancouver and include:

The City also worked with agencies including TransLink, the Downtown Vancouver Business Improvement Association and Tourism Vancouver to create more consistent mapping across the city.

These partners have already begun to leverage the new system by producing their own maps using the City’s pedestrian wayfinding map as the base, such as Tourism Vancouver’s updated visitor map of downtown Vancouver.