The rain didn’t keep people away from The Vancouver International Busker Fest; held on June 28 and 29, it was a weekend of laughter, fun, and crazy amazing talent. From acrobatic acts to Marie Antoinette mime to rock n’ roll bands; there was no lack of performances ready to stun and amaze.

The Vancouver International Busker Festival is where strangers become friends, where smiles light up Granville Street and there is electric energy in the air. As with the 2010 Olympics, people just seemed to come together. 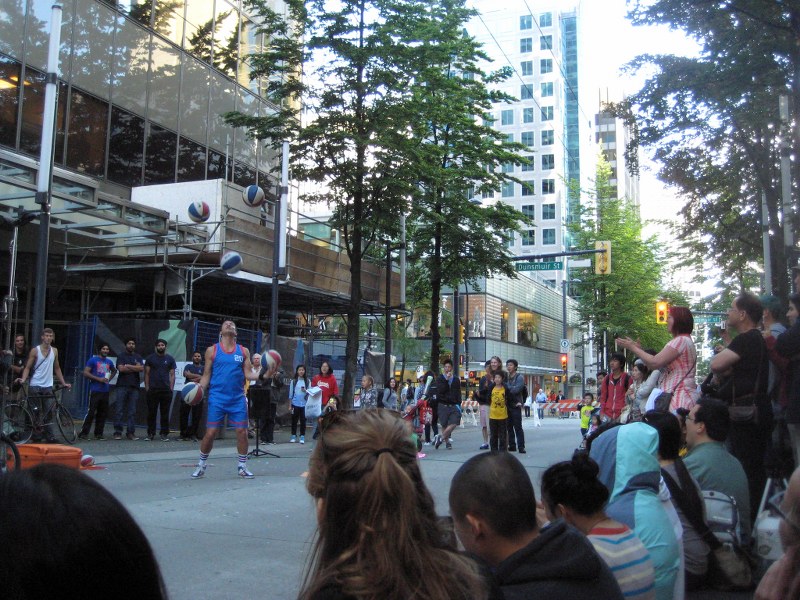 New Zealand’s Basketball Jones impressed the audience with his astounding basketball stunts, juggling and spinning up to four basketballs at a time; and at the same time was able to politely deflect a heckler. 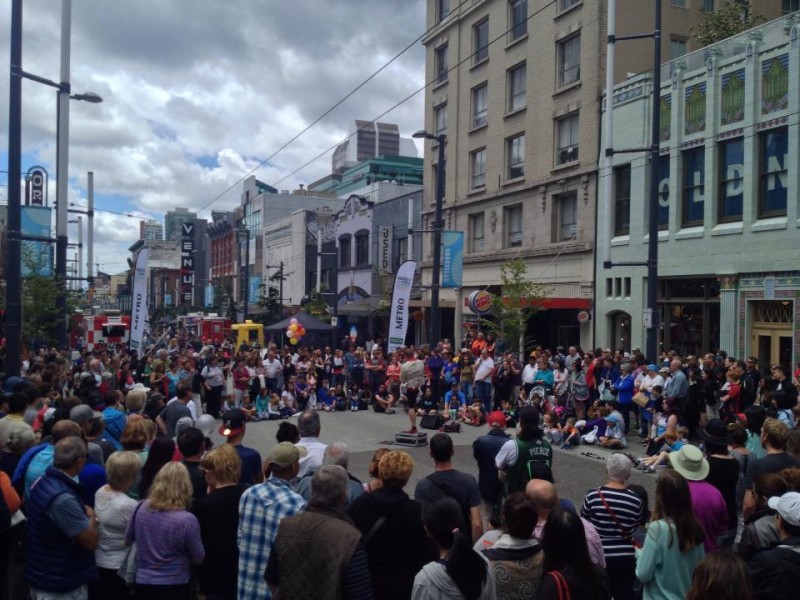 Vancouver’s own Byron from England entertained with fire juggling, cheeky humor and a straightjacket escape. 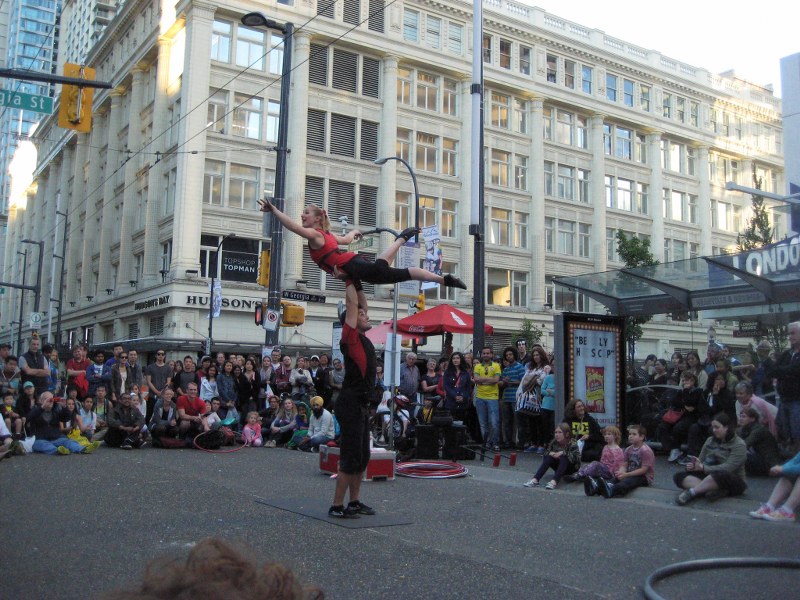 Street Circus was one of the most impressive acts of the weekend. A duo comprised of married couple Daniel and Kimberly Craig, their incredible physical skill and numerous circus tricks inspired many audience members to audibly ‘ooh!’ and ‘aah!’ throughout the show. I would be willing to sit down and watch a full length show from them if they ever toured. 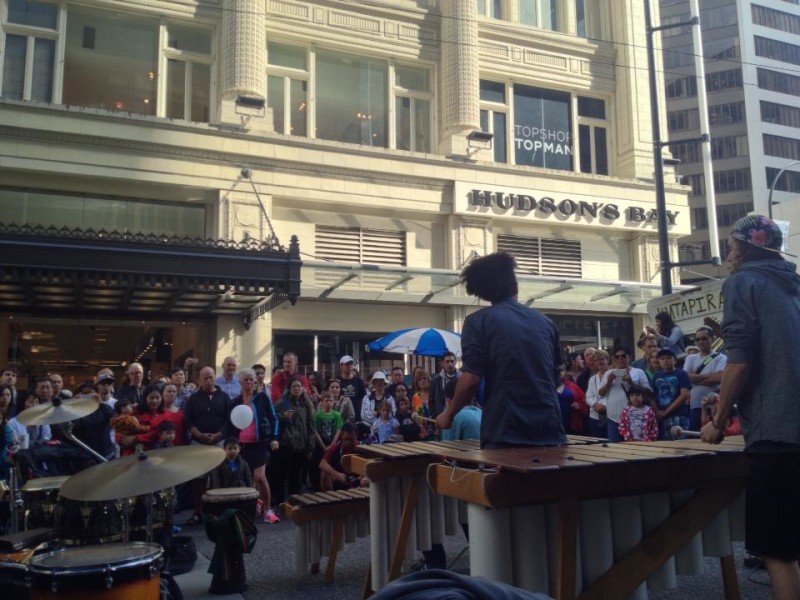 Kutapira had their audience dancing on into the evening with their mix of Afro-Cuban tunes. Luckily, these guys are local and you can catch them playing around town year-round (and you should)! 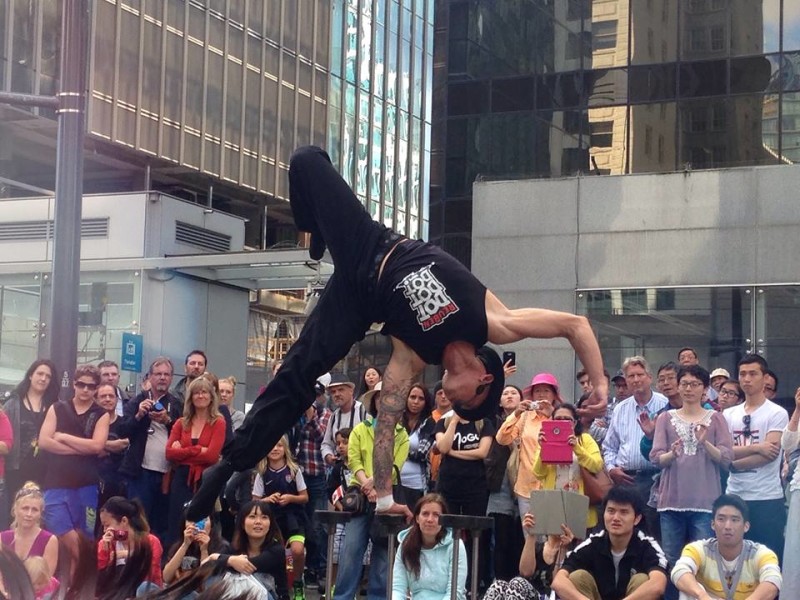 Congratulations to Britt Valcourt, winner of the #VancityBusk photo contest with her incredible photo of Reuben! Great shot, Britt!