Mike Bonnici is a producer of the Vancouver International Busker Festival, having begun the festival in Vancouver in 2012. He is also a busker himself, having been in the game for almost 20 years. His act involves plenty of humour, a crazy high unicycle and – get this – juggling a running chainsaw. There’s no wonder they call him DynaMike. 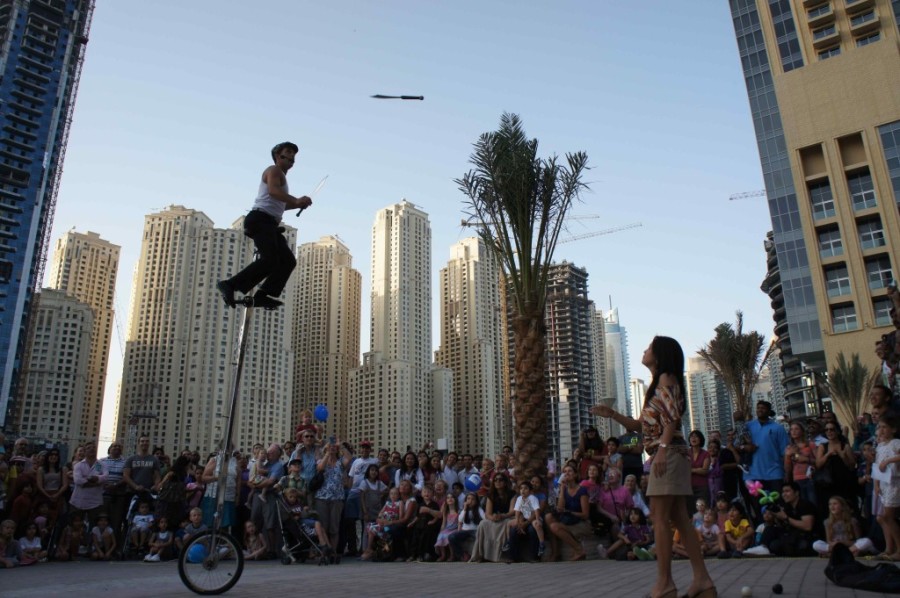 What made you want to bring Busker Fest to Vancouver?

Busker Fests are happening all over Canada and all around the world and have been for decades in a few cases. I felt like it was prime cultural real estate just sitting there; the opportunity seemed obvious. The reason I was attuned to that potential is that I’ve been a busker my whole life, starting when I was 16 and now I’m 34 – so I’ve been doing it forever. The fact that it wasn’t happening in Vancouver just seemed like a prime opportunity that needed to be activated. Putting a busker fest together the magic of busker takes care of itself; it’s just instigating bringing the artists and the crowds together so the magic can happen. It’s gratifying.

Why do you believe in Busker Fest?

Busker Fests are growing around the world, and they work in different cultural and social contexts; they do so much good, bring people together, to laugh, scream, whistle, ooh and ahh and cheer. The world’s full of a lot of confusion, a lot of trouble, but this festival, like any great arts event allows people to step out of the challenge of daily life and have a magical experience, and it works everywhere. It wasn’t a big leap of faith of was it going to work in Vancouver; the answer was that it was just waiting to happen here. As I’ve been traveling I’ve been exposed to the level of talent out there on the street, it’s diverse, it’s exceptional and it’s international to boot. The story of busker fests and buskers are intrinsically interesting; we all read stories about the wandering heroes. Buskers sort of relate to that; every busker is living their own legend. When you see an artist on the street come out in front of everyone and transform a regular space to a connected experience for hundreds, sometimes thousands of people it’s beautiful. I believe in busking, I love it.

What is the appeal of an outdoor performance event like Busker Fest?

When you go out on the street, there’s a guy wearing a suit and a guy wearing dirty pants he’s been wearing for four days; there’s rich, poor, young, old, people from everywhere. All the world’s a stage, and on the street every sort of audience member is there. In terms of bringing people together, when people are coming from all different walks of life, bringing them together is even more significant; there are no barriers. It’s totally barrier free, which is something that we’re proud of. It’s for everybody, and because busking happens in the public realm it informs what happens as well. One of the nice things about having such a diverse audience especially for performers who are going to be interacting with the audience is a lot more fodder to chew on.

How does Busker Fest connect to its eclectic audience?

Any busker who is worth their salt is able to appeal to everyone with intelligent comedy as well as cool flashy stunts. Buskers are kind of like mavericks, forging their own path, which appeals to young people. Having raw talent appeals to everybody – they like talent, they respect excellence. There is an athleticism that is brought out at busker fest, physicality is very strong. There’s a cheeky comedy aspect to it. When people pass through to wherever they’re going, see if they don’t find the massive cheers from massive crowds irresistible. Give it a try. 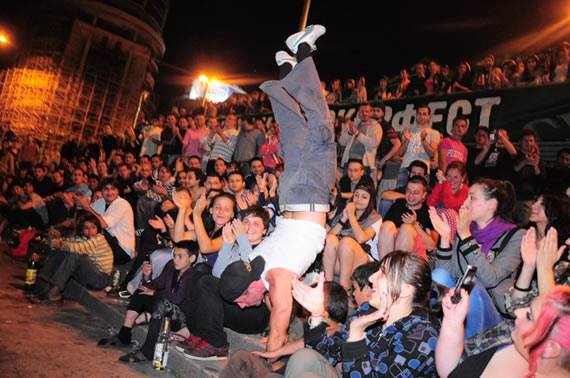 What do you hope to achieve from Busker Fest Vancouver in its third year?

When we first started, the first kinds of promotional material we started to send out used the phrase ‘the worlds full of trouble and confusion,’ and as such it’s really important to bring people together. Mass connection revives our sense of community. The ideals that informed the beginning of this whole process are still there. What makes the world a better place? Growing up, recognizing that we can each make a modest contribution to the world, and this festival, modest or not it’s real, it’s sincere. When people are together laughing and cheering I think it’s rejuvenating, it informs connection. At the base of it all, the more things we have happening where people are together, the better the world is for it.

What are you looking forward to most at this year’s festival?

Last year at 11:45 a.m., Nick, who was our marketing director, and myself were doing an interview with CBC, 15 minutes before the festival started. The interview ended; we were kind of saying ‘what’s going to happen now?’ It seemed like every door opened and people walked out onto the street and then one of our buskers from Australia did a show and it went massive. You know a lot of dreaming has gone into this, a lot of planning and I think I’m looking forward to the magic happening and being reminded that the effort was worthwhile. So I think the thing I’m most looking forward to is experiencing it as it happens.

What is your favourite memory from last year’s festival?

There’s a few. There’s this 12 year old kid named Thomas, his mom and dad are often at the art gallery selling knitting stuff on the steps, and he does devil sticks. At the end of the festival last year at our closing ceremonies it was a cabaret style show and everybody did a short piece and we put him in it. He was just glowing; I think it was the highlight of his life. It was really beautiful. In terms of making a difference that matters that certainly mattered for him. He still talks about it! That was a really special moment.

Then there’s a local band here called Kutapira, a calypso five piece percussion band, I loved walking by their crowds and seeing everyone grooving on the street. There was an artist we had last year called Pogo Fred from California; he does acrobatics on this high powered pogo stick – just hearing the crowd roar was awesome.

What is your hope for the future of Vancouver’s Busker Fest?

The first year we did this the festival it was pretty small, the second year it was pretty big, from like 40,000 people over seven days to 100,000 people over seven days. I hope that Vancouverites will catch the vision and run with it, and be excited to be a part of the growth of this thing. Halifax and Edmonton have 30 year old festivals – we’re going into year three.

The vision we have for the future includes circus stages throughout the city, indoor cabaret events and concerts. We hope that Vancouverites will be excited about the growth of this great festival in their city because it really is good for everybody.  I’m really excited to see where this goes in the next few years and I hope Vancouver is too.