The Busker Fest begins with the sound of the gong! Friday night at the Vancouver Art Gallery (North Side), the Vancouver International Busker Festival ceremoniously launches its third year.

The evening begins at 6 p.m. with music by Vancouver’s favourite indie rock busker heroes, Sons of Granville. At 7:30 p.m., the festival official begins with the ringing of the gong, followed by a cabaret styled show featuring the international performers, who have just landed in Vancouver for the festival.

As much as the festival is a lot of fun for everyone who comes, it’s also a part of city history, and an exploding international trend. The inauguration will be both funny and impressive, and it will also be a special experience for all who attend.

Come early to enjoy an eclectic mix of street cuisine by several of the festival’s amazing vendors,  who will be from 5 p.m. to feed the happy masses through the evening.

Growing the arts matters. Bringing people together matters. Having fun matters. The Festival team hopes everyone will come to be part of the event. 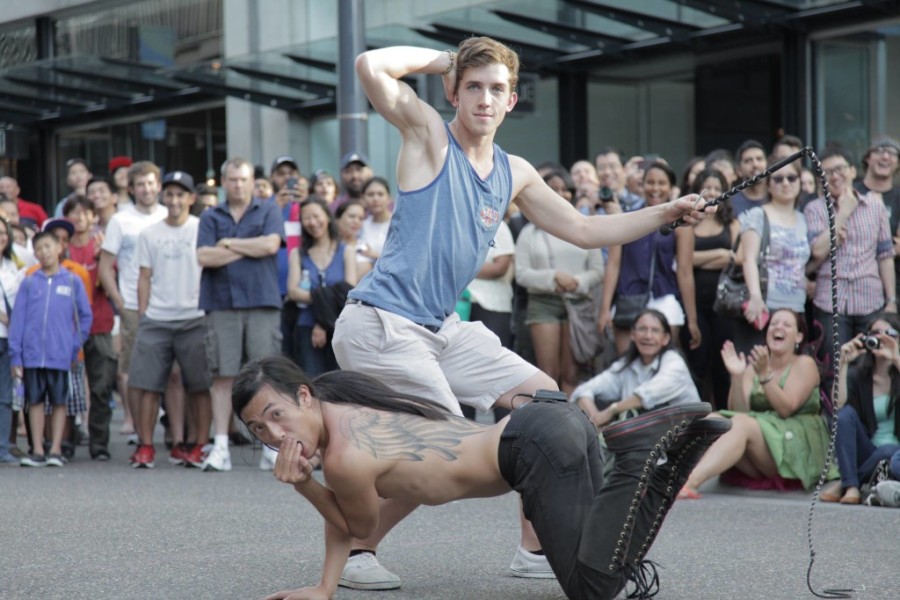 The Busker Fest includes many awesome photo ops! So bring your cameras and capture awesome shots of enormous happy crowds and amazing talent throughout the entire weekend.

Post your best shots on Instagram with the hashtag #VancityBusk. Whichever photo gets the most likes will garner a $200 gift card from Future Shop. The contest runs from June 28 to 29.

When: June 28 and 29
Time: noon to 10 p.m.
Where: Granville Street between Smithe and Dunsmuir
Website: www.vancouverbuskerfest.com
Facebook | @VanBuskFest