Local Vancouver burlesque artist August Wiled will be performing in this years’ Vancouver International Burlesque Festival (VIBF). Only one year after her first performance at the Rio Theatre, where she astounded patrons with original numbers and won second place. The festival will run from May 2 to May 4, 2013 at the Rio Theatre (productions night) and the Vogue Theatre (showcase nights.)

August, who performs on occasion with Pandora and The Locksmiths  (Tuesdays) at  Guilt & Co.in Gastown and at Kitty Nights (Sundays) at the Biltmore Hotel, will perform amongst some of the top North American performers at this years’ festival. We took a little road trip with Vancouver’s blossoming burlesque artist before the highly anticipated VIBF.

We started our day at 9 A.M. in Abbotsford, B.C.. Driving in August’s cute convertible through the farmlands, completely mesmerized  by the endless sky. I had never been to Abbotsford – it was beautiful. We started chatting about the burlesque fans in Vancouver and how incredibly supportive the community here is.

Many fans debate that August has the longest legs known to mankind; they are the talk of the (burlesque) town. I didn’t dare to ask her how long they are. We thought we would leave that up to you the audience – to ponder during the festival, if you can focus that long – during her show. 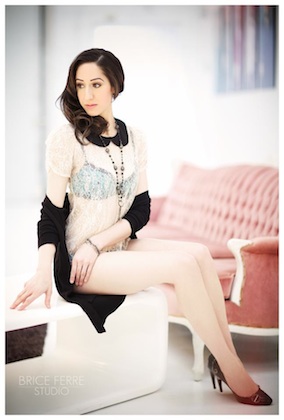 The Vancouver International Burlesque Festival is only a week away, you must be excited to be involved?

“I am honored to have been awarded this amazing opportunity to take the stage in such a grand venue, most importantly alongside so many talented performers whom I admire and respect.” She said gushing with excitement. 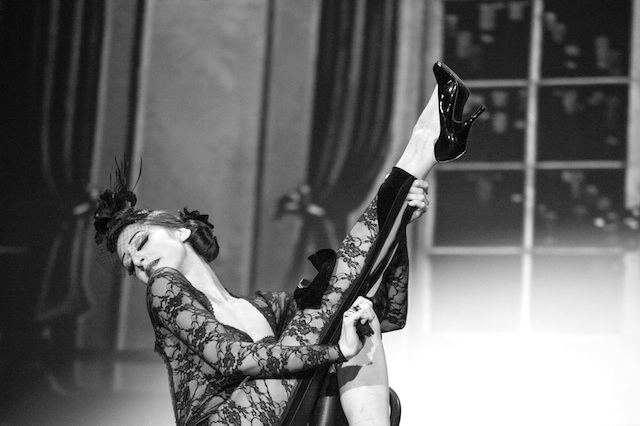 August is surprisingly shy for a burlesque artist; she is refined and carries herself with reverence. August is gentle but you can sense there is a tiger within, patiently waiting to pounce. Our country drive provides us with some fun facts about the alluring August Wiled.

!. August loves pasta – squash spaghetti with a traditional marina sauce to be exact. This girl can cook and bake, she may have eluded to some baking and lingerie photographs to come…

2, She is commonly mistaken as Miss Anne Hathaway, the actress from The Devil Wears Prada and other featured films.

3. If you spend the morning in her car, you would hear tracks from Led Zeppelin’s “d’yer mak’er” and Simon and Garfunkel’s Greatest Hits. 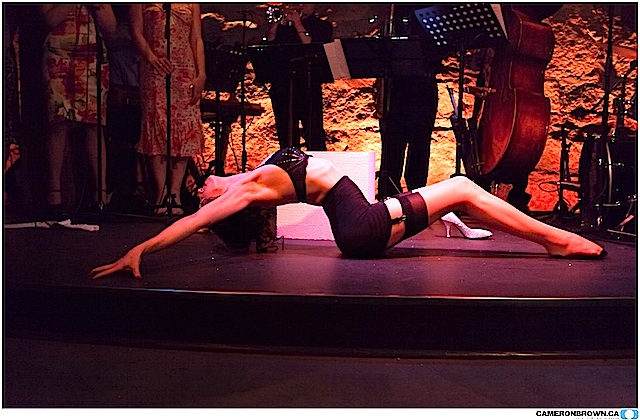 Tell us August,  where was the last place you had an amazing meal?

“It was breakfast actually, I love breakfast. It was at the Screen Door in Portland. Opps… this is for Vancity Buzz, but Garth it was sooooo good.” She said laughing. 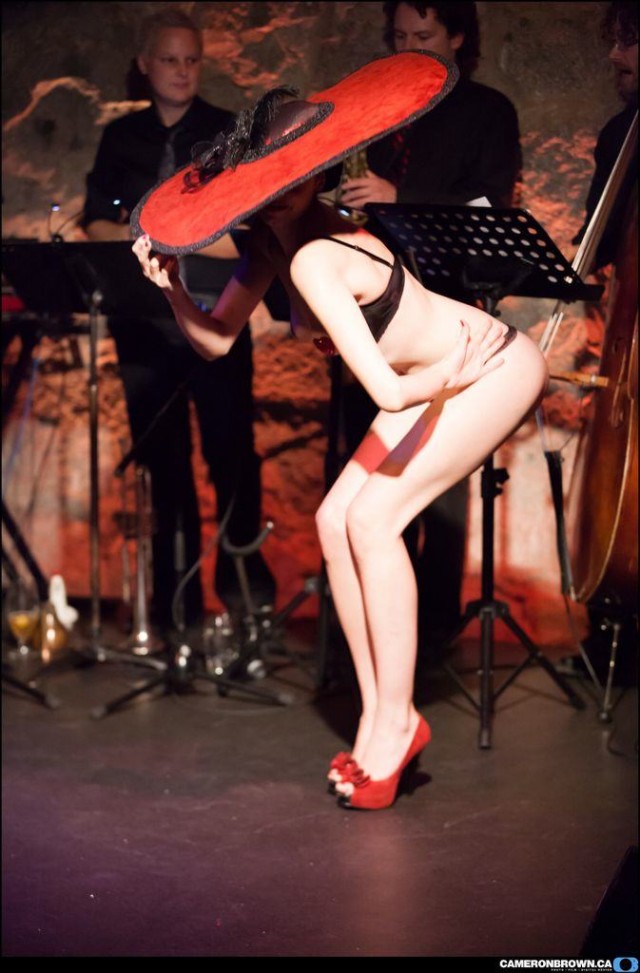 As a performer, where do you get inspiration from?

“Shapes, lines, and extensions are important to me in movement and image; my hat routine for instance was inspired by an exaggerated vision of vintage Vogue imagery and classic pin up. The juxtaposition of shapes with my long legs, svelte figure and oversized hat – tricked the eye (into wondering if my figure is small or my hat is large) then using those two very opposite shapes in conjunction with one another.” 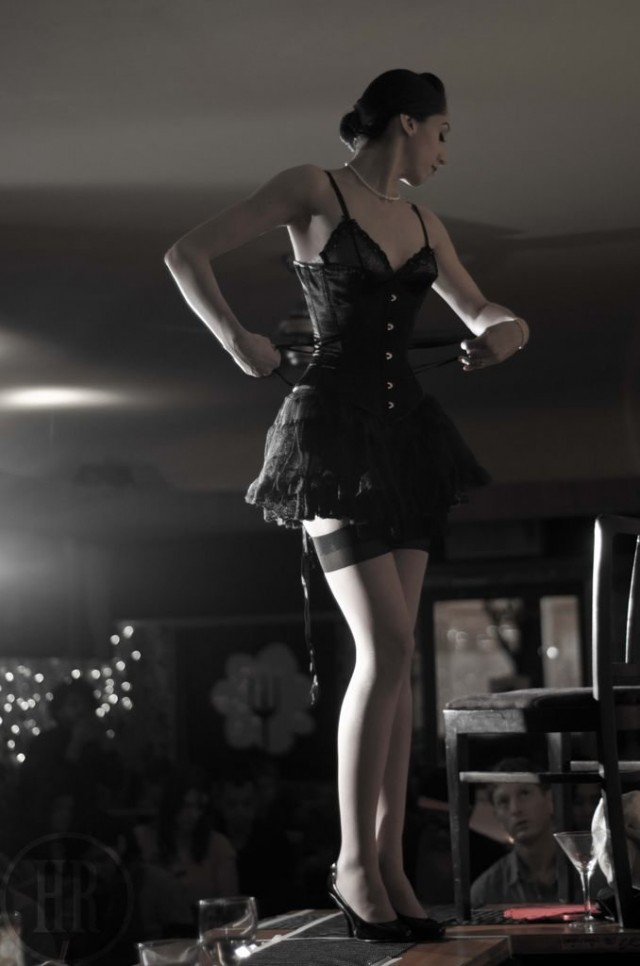 Can you share something personal with us, do you have any stage fears?

“As a burlesque performer, you’re quite literally baring yourself to your audience both physically and emotionally, connecting and conversing in form. On the same note though, my body and garments are the implements of my art, so as any performer, I always worry that something will go wrong, like a piece of clothing won’t work…. But as a live performer, you just need to be aware that those things can and eventually all will happen, and you just need to learn to be ok with it, and keep going in any way you can.” 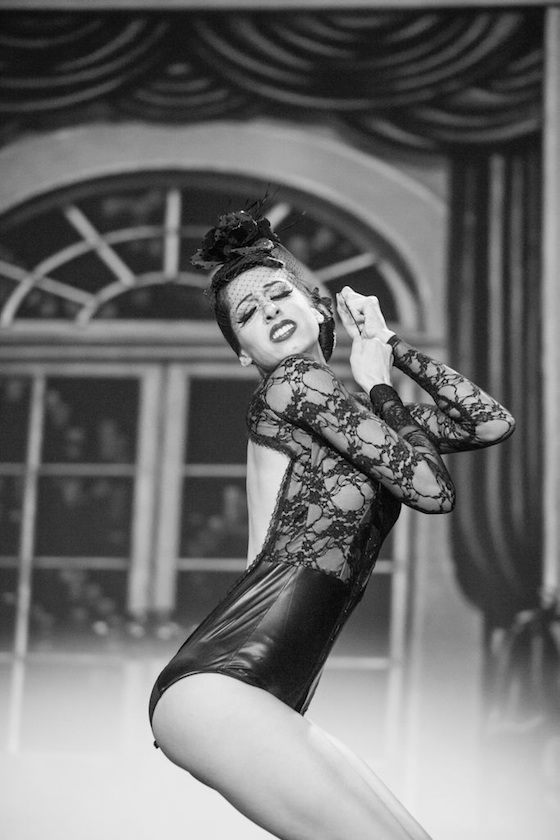 What do you think about the Vancouver burlesque community?

” I think the most notable thing about the community is the sense of camaraderie; everyone is sincerely so supportive and encouraging with each other, and everyone’s differences and uniquities are not only accepted, but celebrated. It is both beautiful and humbling.”

We were so excited to have the opportunity to interview August Wiled before the festival kicks off this weekend. The Vancouver International Burlesque Festival will be sold out, so go online and secure your tickets. If you want a glimpse into the world of Vancouver burlesque – this is your chance, don’t let it slip away!

Cover and photograph one by Brice Ferre Studio

Photograph two and six by Elizabeth