Automated Passport Control technology developed locally by the Vancouver Airport Authority can now be found in 23 cities across North America.

Travellers using the self-service kiosks are required to complete the commands that appear, which includes a quick scan of the passport and a photograph of the individual. The data from the entry is sent to a border control agency that reviews the information and returns a government response within seconds.

Following the successful fulfilment of this step, the traveller will bring the receipt printed from the kiosk to a border control officer, who verifies the document and provides the final approval on whether the traveller can pass through.

The high-tech kiosks were first introduced by YVR in June 2009 as an innovative way of reducing the need for more space in its small customs hall to accommodate growing border clearance traffic. It expedites the entire process, in turn reducing wait times and the possibility of missed connections for travellers while reducing labour operational costs for the airport.

Each kiosk is capable of processing four times more travellers compared to a single border officer – an average of 160 people per hour with the kiosks versus 40 people per hour with a border officer. As well, the process is up to 89 per cent faster for eligible travellers than the typical border inspection process, up to 33 per cent faster for non-eligible travellers, and occupies up to 50 per cent less space.

Airports that have adopted the BorderXpress technology include Chicago O’Hare, Chicago Midway, Montreal-Pierre Elliott Trudeau, Toronto Pearson, New York JFK, Atlanta Hartsfield-Jackson, Los Angeles Terminal 5, Denver, Washington D.C., San Francisco, Portland, and Seattle-Tacoma, where border wait times have decreased by 25 per cent from 2013 to 2015 even though traffic has increased by 30 per cent over the same period.

In May 2015, Port Metro Vancouver began operating 10 kiosks within the cruise ship passenger customs hall in the lower level of Canada Place in downtown Vancouver.

Revenue generated from the sales of the technology to other airports and ports helps reduce airport improvement fees and airline user fees. The technology is developed and managed by Innovative Travel Solutions, an independent division of the Vancouver Airport Authority.

“YVR’s drive to identify non-aeronautical revenue sources like the sale of our BorderXpress kiosks and our partnership in the Designer Outlet Centre are a few of the ways we ensure our ongoing strong financial position, which in turn allows us to keep airlines fees lower than our competitors,” Glenn McCoy, CFO and Senior Vice-President of Strategy for YVR, told Vancity Buzz. 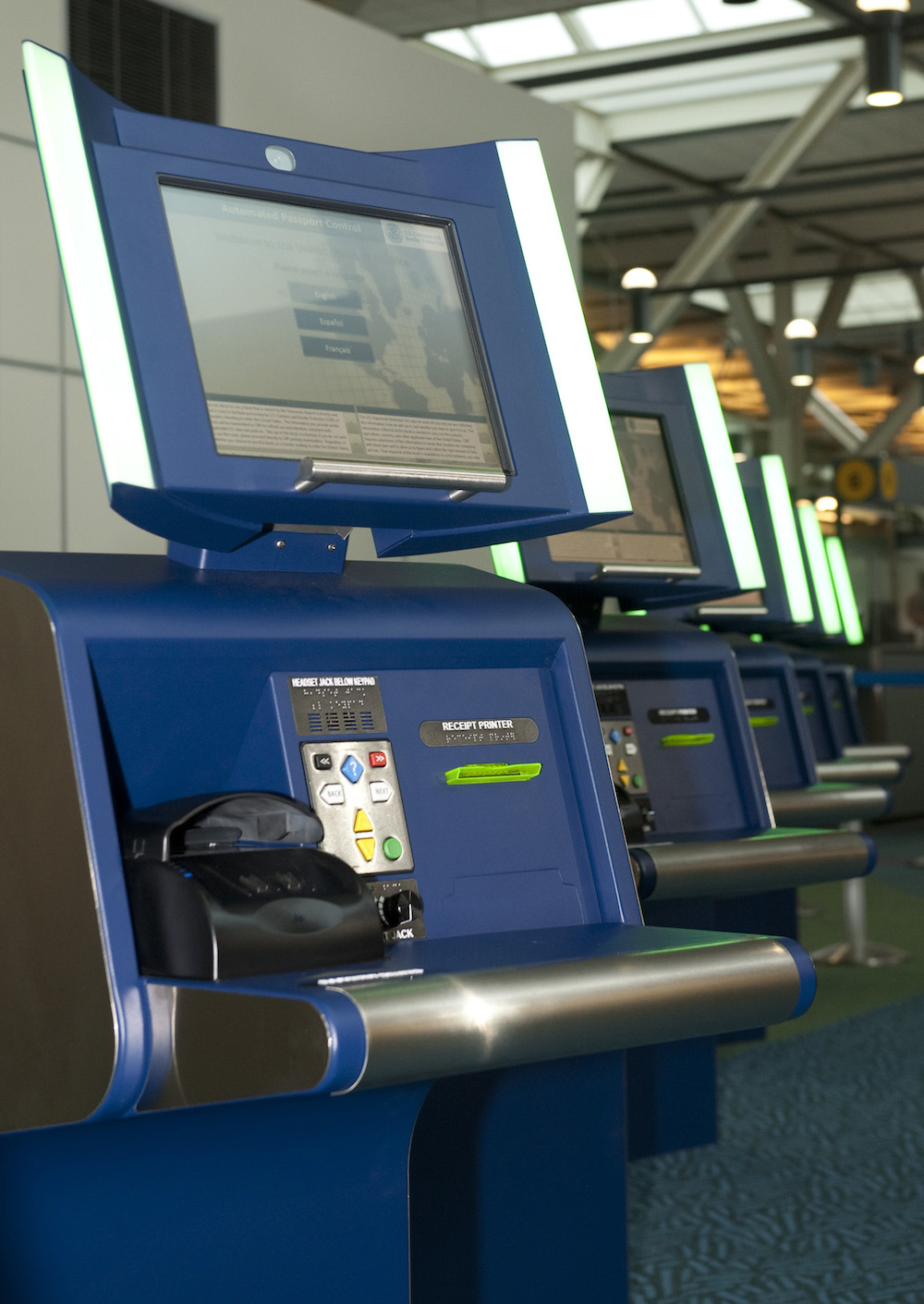