Vancouver filmmaker Scott Antifave turns to improv for inspiration while on set.

“Improv is a freeing experience,” said Antifave. “Every scene is a new challenge where you can always do better and always learn.”

Antifave is also a founding member of The Fictionals, a Vancouver improv company celebrating its Fifth Anniversary at Improv Against Humanity, November 18 at The Rio Theatre. He explains the group has come a long way from brainstorming names at a Kitsilano bar back in 2010. 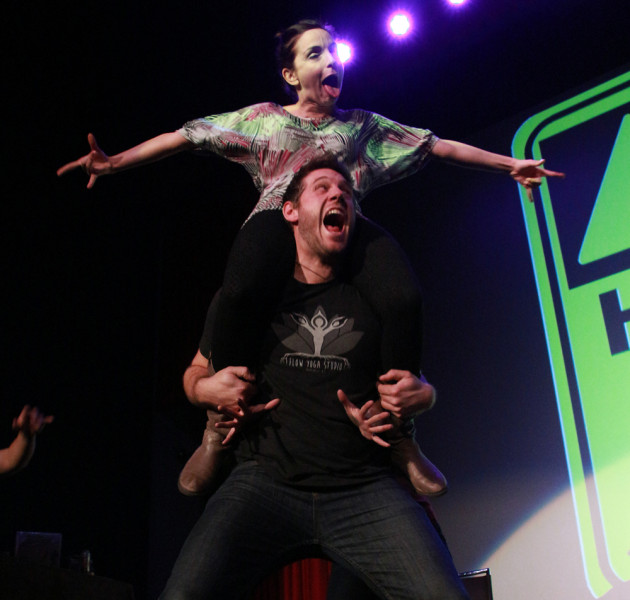 “I never thought it would come this far and be this important to me,” said Antifave. “We trust and support each other on and offstage. I really care for everyone in The Fictionals.”

Working on films is a different sort of pressure from improvising, but the First Assistant Camera finds joy in the process.

“I’m currently tending to my latest film project World War Anywhere, which I wrote, directed and am doing post production on,” said Antifave. “I love creating every day.”

“I don’t have a memory older than wanting to act.”

On the other side of the camera is Fictionals performer Barbara Beall, an actor who has appeared in Ties That Bind, Rescue Me, and iZombie. Her improv journey began in Calgary working with Rick Hilton and The Improv Guild. 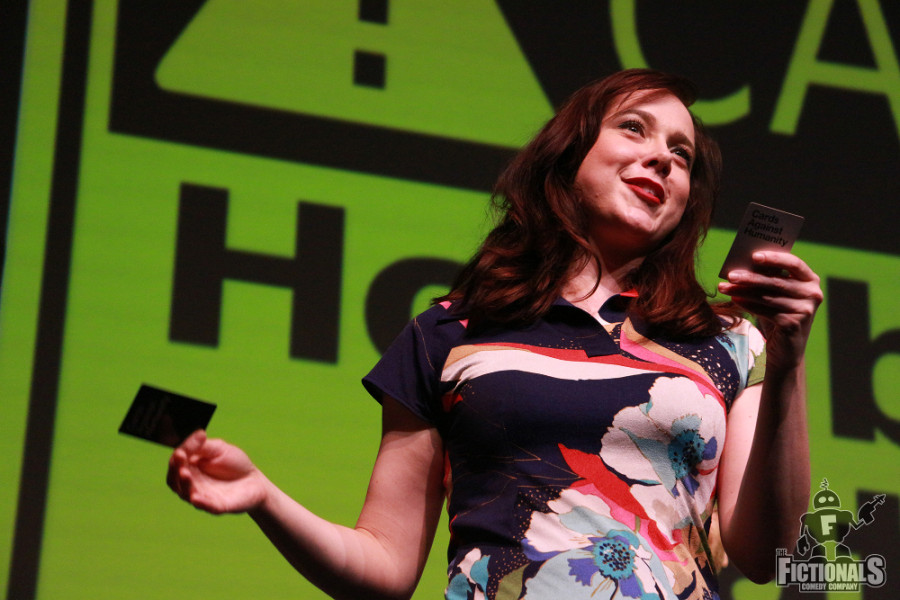 “I don’t have a memory older than wanting to act, and improv has given me many skills,” said Beall. “I’ve used improv in auditions, in the rehearsal hall and even when the cameras are rolling. It’s a great way to keep performances vibrant and alive.”

The Fictionals perform every Tuesday night at Cafe Deux Soleils, as well as at events like Fan Expo Vancouver and Vancouver International Improv Festival. Beall said that improv can be a “little bit terrifying”, but that’s part of the fun between the performers and the audience.

“It’s exciting when a scene clicks and the characters and narrative soar,” said Beall. “There’s also a different rush when a scene is turning into a train-wreck. You look in your scene partner’s eyes and connect because you know you’re in this together.

“I think that’s why there is so much camaraderie among improvisers. Most of the friends I’ve made here in Vancouver are thanks to improv.”

“Make-believe with some of my closest friends.”

Improv is not just useful for the film industry. Fictionals’ member Brad Rossington also uses skills learned from the stage in renovation projects. 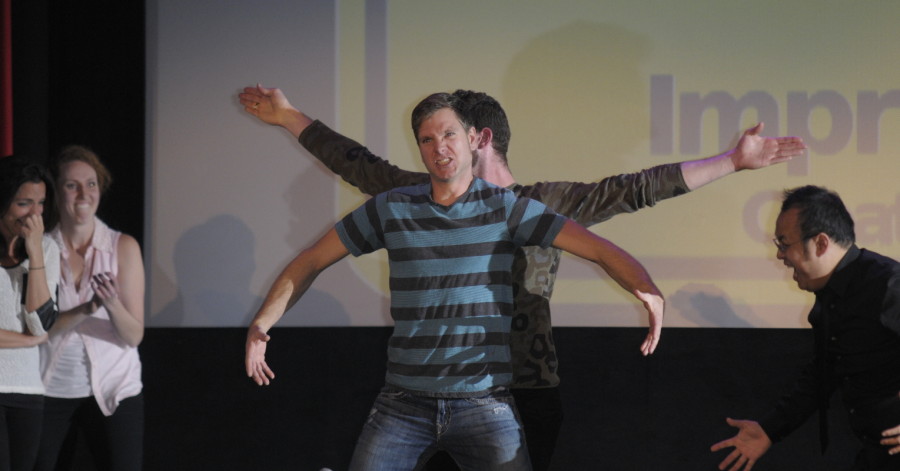 “I own a small contracting business, Rossington Renovations Ltd., and improv is a huge part of my day,” said Rossington. “During a reno the plan of action can change daily and sometimes hourly, depending on what surprises lay behind the drywall. The more fluid I can be to adjust on the fly, the smoother the job proceeds.”

Rossington got his improv start in 2002 with Port Coquitlam’s Table 23, and said that comedy allows him to shake off the stresses of the day.

“The fact that I can go make-believe with some of my closest friends, and people will watch, is pretty neat,” said Rossington.

And what can audiences expect at Improv Against Humanity at The Rio Theatre? “A high energy and fearless show.”

“The Fictionals are known for “No Holds Barred” comedy, so come ready with your gasp-mask and hilarity-shields on,” said Rossington. “It’s our five year anniversary, so there will be cake, prizes for audience members, and we’ll crown Vancouver’s Most Horrible Person too. It’s going to be a wild ride.”