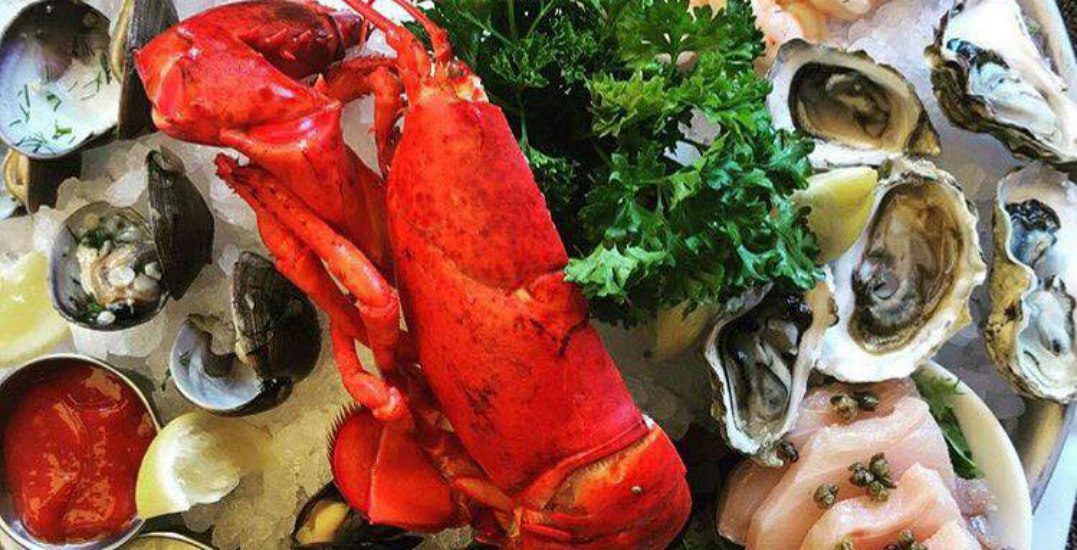 Let’s be real, living on the West Coast can turn anyone into a fully-fledged foodie.

It doesn’t matter if you’re an avid carnivore, a vegetarian, pescatarian, or an honest vegan, because you can find something in this city that satisfies your hunger beyond belief.

Vancouver has so many choices from Indian fusion cuisine to Japanese fare, the best tacos, and so much more at a plethora of diverse restaurants. And these eateries are home to some of the most iconic meals that you need to try at least once in your life.

We’ve teamed up with the Chevrolet Spark (the best city car for seeing your hometown in style) to bring you the six iconic meals every Vancouverite should know about. (PS, you’ll probably have FOMO if you don’t try them — just saying.)

If you’re going for tacos in Vancouver, make Tacofino your first spot to visit. Whether you’re a Tex-Mex veteran or a taco newbie, we promise you’ve never had anything like the healthy-yet-tasty creations at Tacofino. The fish and eggplant tacos are among local favourites and you only need to see them to understand why. Order two or three of these handheld eats and you’ll be incredibly satisfied because they’re literally packed with flavour. The restaurant’s main location is on West Cordova Street but they also have a food truck and smaller locations throughout Vancouver. These tacos are hands-down the best you can find in this city. (Don’t @ us.)

This upscale Chinese restaurant offers traditional cuisine with a creative flair that results in Vancouver’s best dim sum. You haven’t lived until you’ve tried their soft-steamed black truffle dumplings – have you ever even seen them on the menu anywhere else? Enough said. The West Broadway spot has been open since 2009, winning the hearts of locals and visitors alike. If you haven’t experienced this yet, make it a priority the next time you’re dining out and you will not be disappointed with your dim sum order.

This vibrant Vancouver restaurant feels more like a dining room with an oyster bar. The chefs at Joe Fortes are literally seafood specialists so it makes sense that they serve up some of the most delicious West Coast offerings. The seafood tower is something you won’t find anywhere else in the city, as it comes with chilled Atlantic lobster, local oysters, marinated clams and mussels, scallop ceviche, albacore tuna crudo, and chilled jumbo prawns.

Some days just need to start with waffles, and we totally support that. But if you’re going to have waffles you should be doing it right, at Medina Cafe on Richards Street. This eclectic bistro is home to the city’s best Belgian waffles that taste even better than they look. Add toppings like dark chocolate, milk chocolate lavender, white chocolate pistachio rosewater, or salted caramel, and relish every single bite on your next brunch date.

If sushi is your thing, Muku is your new home. The restaurant delivers gourmet Aburi cuisine in an energetic setting with a patio offering stunning waterfront vistas. Traditional Japanese flavours and techniques are combined with local West Coast elements to create a unique dining experience which features Vancouver’s most iconic Oishi sushi. Do yourself a favour and try it this weekend if you haven’t already!

Veggie platter at The Naam

The Naam Cafe is an oldie but still remains very much a great spot for vegetarian food in Vancouver. It opened its doors in Kitsilano back in 1968 and the homely eatery serves up vegetarian dishes made with fresh and pure ingredients. To this day, the veggie (also available vegan) burger platter is the best of its kind in Vancouver and it comes loaded with a tasty selection of local vegetables.

The best part of trying iconic meals in your city is the chance to connect with new people and experiences. So it makes sense to have a fuel-efficient city car that helps you stay connected and get from one location to another. The Chevrolet Spark does this by giving you all the tech you need on the go. 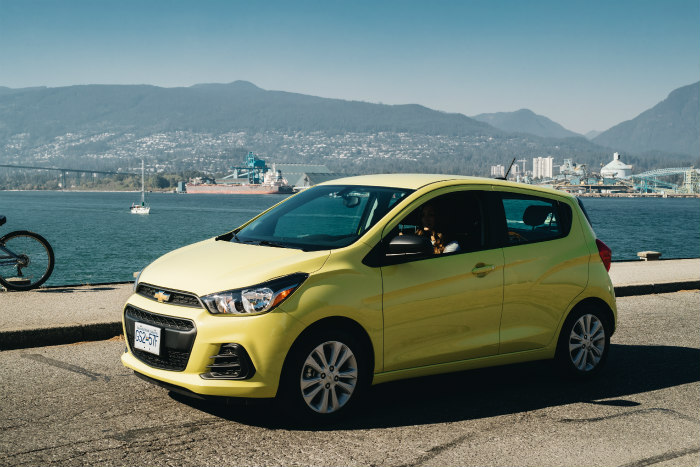 If you choose the automatic transmission, you’ll save money on gas as it offers a highway fuel consumption rating of just 6.2 L/100 km.

Find out how the fuel-efficient car could work for your lifestyle here.