Preliminary 2013 housing construction data from the Canada Mortgage and Housing Corporation (CMHC) shows the City of Vancouver posting its highest number of housing starts in over 40 years, another important sign of investment, job creation, and new housing being created in Vancouver’s growing economy. 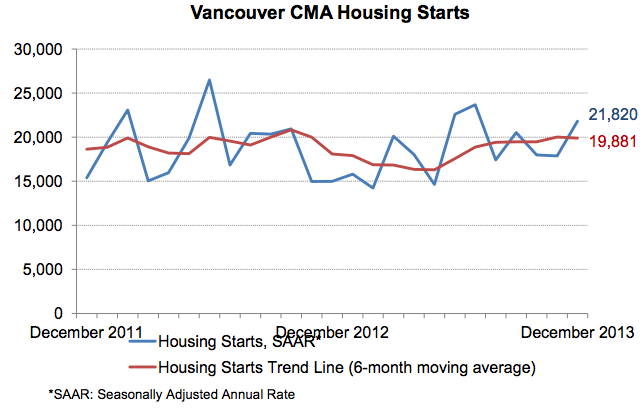 “Vancouver has had a remarkable economic rebound in recent years, with housing starts at their highest in nearly a half century and building permit values exceeding pre-recession levels,” said Mayor Gregor Robertson. “City Hall’s work to cut red tape, keep taxes low and speed up permit processing times is helping create thousands of new Vancouver jobs and build urgently-needed new housing, including back-to-back record years for new rental housing in both 2012 and 2013.”

Vancouver accounted for more than 32% of all housing starts in Metro Vancouver (18,696 in 2013, 331 fewer in total than in 2012), and had more than double the number of housing starts of any other municipality in the region.

The City of Vancouver has worked to slash processing times for single-family home applications from 15-18 weeks to 6-8 weeks, while reducing the number of business licence categories from 636 to less than 200. 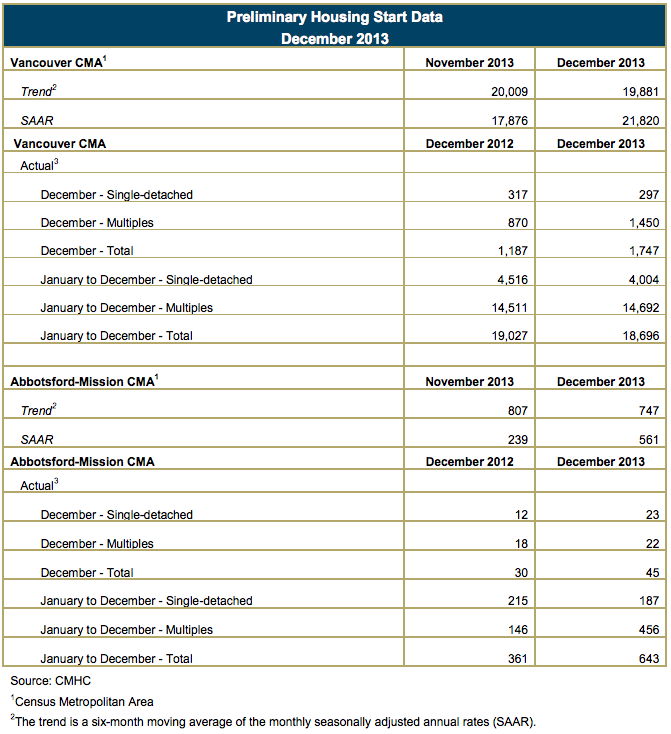 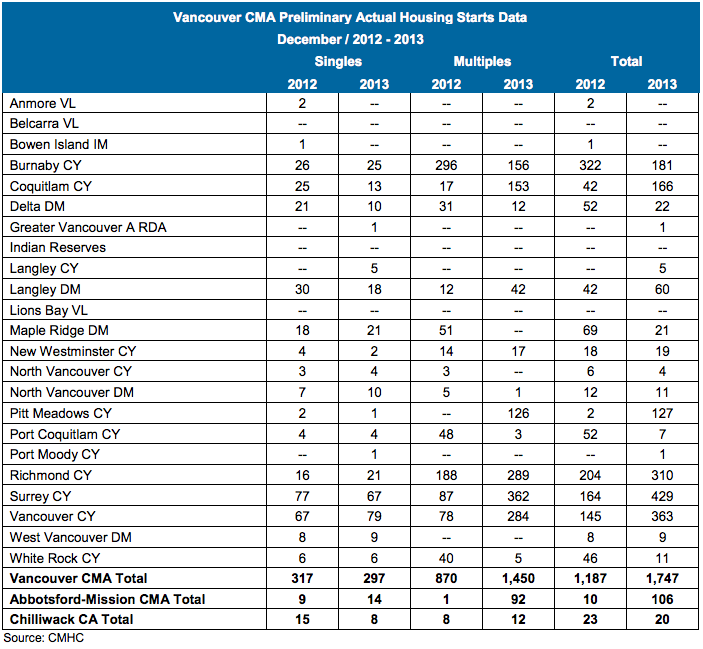 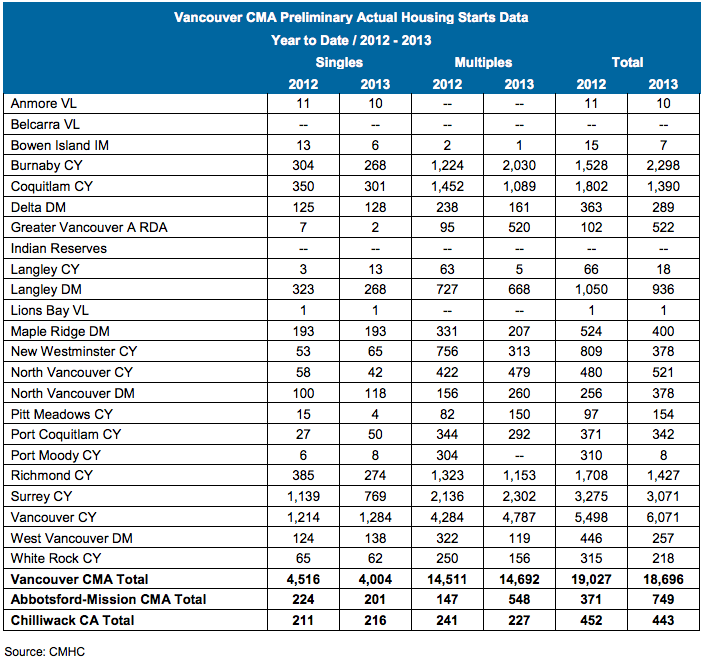