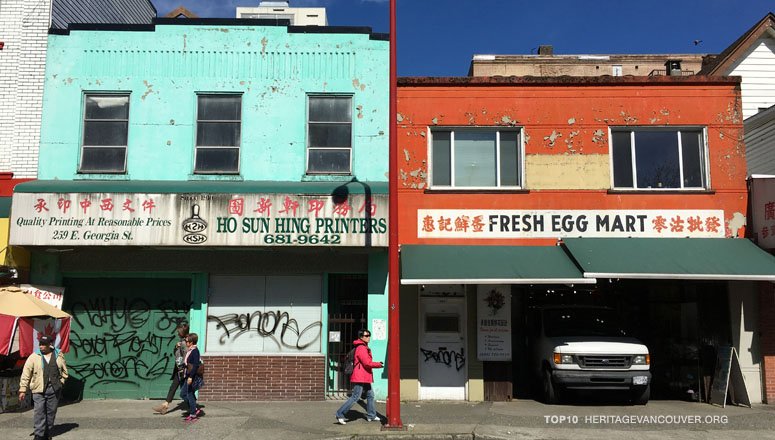 In its annual top-10 ranking of what it says are endangered heritage sites in the city, Heritage Vancouver has put Chinatown at the top of the list for 2017.

“The pressure for new development continues to endanger the authenticity of Chinatown built heritage and the day-to-day culture and rituals of the Chinese-Canadian community, which together is a historic urban landscape,” said Heritage Vancouver in its release.

In addition, “hundreds of pre-1940 character homes that are part of the special character of our historic neighbourhoods (HULs) have been lost again this year including houses that should be listed on the Vancouver Heritage Register, or protected in new heritage conservation areas.”

As well, the threat of “losing the community value and cultural diversity of neighbourhoods on the west and east side of Vancouver is reflected in plans to add density to the 1970s False Creek South and lack of protection of Powell Street Area.” 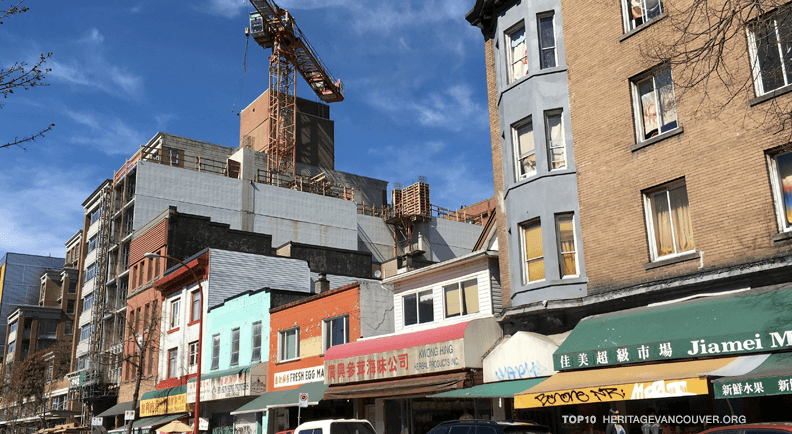 Chinatown takes the top spot on this year’s endangered list, due to what Heritage Vancouver says is “the failure of new development to meet the City’s policies in the Chinatown Plan, and new policies that the City is considering under the Chinatown Revitalization Strategy to allow 200-foot long buildings of up to 10 storeys.” 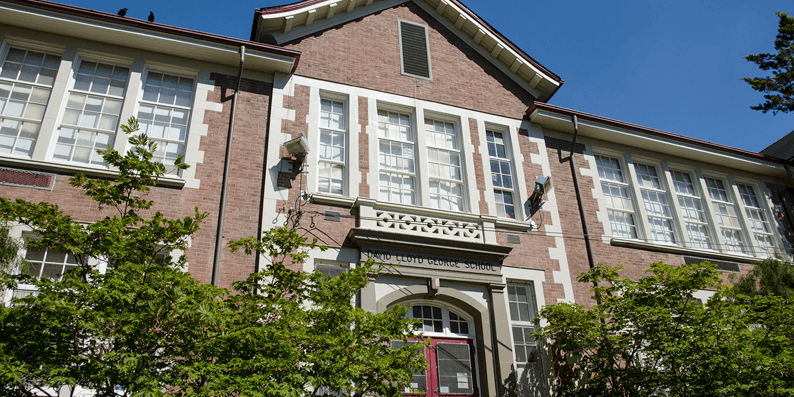 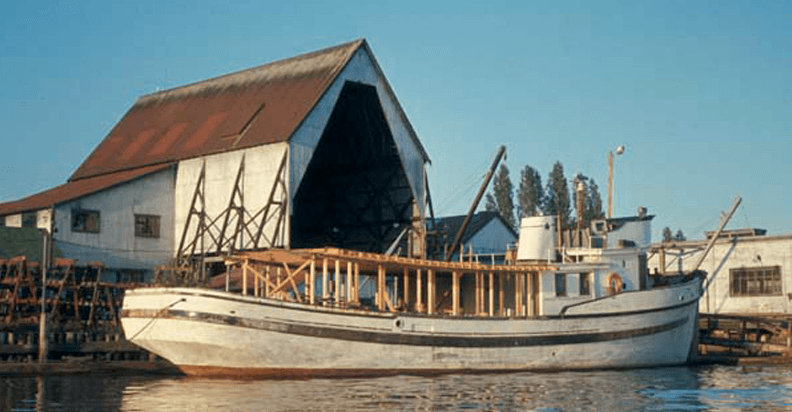 Celtic Shipyards (7520 Balaclava Street, in Southlands) is the last industrial site in Vancouver that retains buildings from the historic ship repair industry that supported the fishing industry – historically one of the city’s greatest economic drivers, said heritage Vancouver. The site has no heritage recognition and is currently for sale as a redevelopment site. 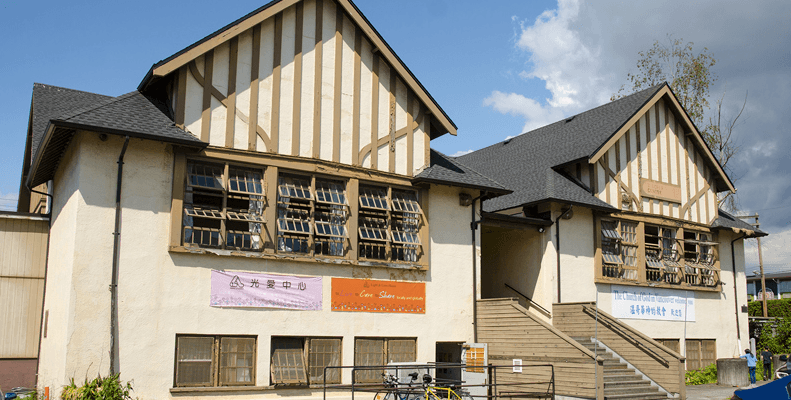 Built in 1921, Simon Fraser School Annex in East Vancouver falls within an area that, in February 2017, the City of Vancouver approved for rezoning to allow larger-scale, taller, light industrial buildings. And while Heritage Vancouver recognizes this may benefit the neighbourhood economically, it says that this could also threaten the future of the school, as “redevelopment pressures that could result in a huge building on the site that will force demolition of the heritage asset.” 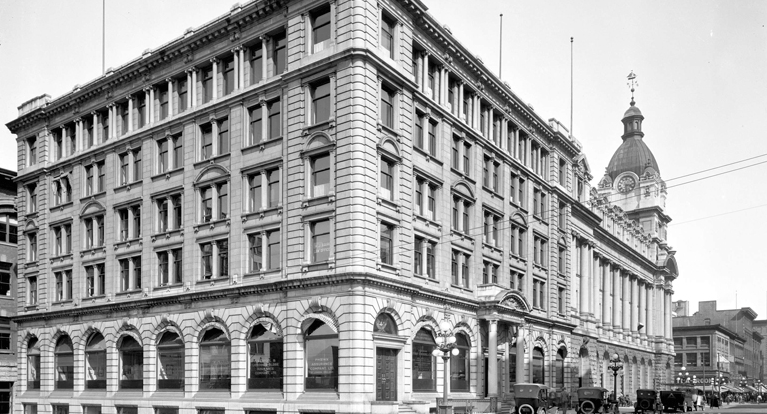 While the Sinclair Centre is federally owned, Heritage Vancouver is concerned that a recently submitted rezoning enquiry to increase the height of the building to 29 storeys is “contrary to the Standards and Guidelines, which state that additions should be ‘compatible, subordinate and distinguishable.'” 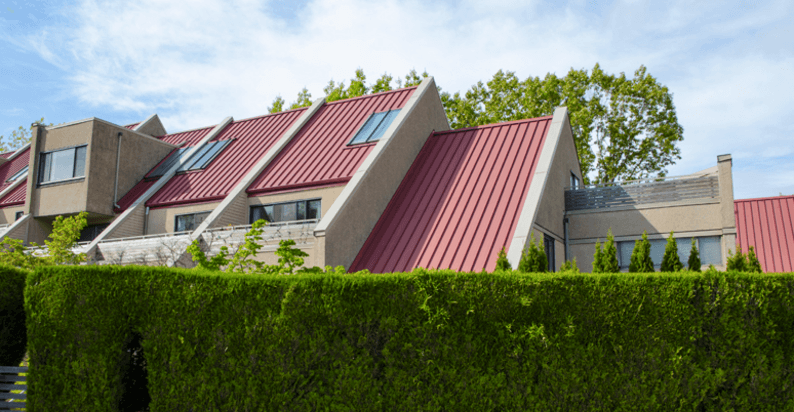 The future of False Creek South “as a historic urban landscape will depend on the condition of housing stock that remains at risk,” said Heritage Vancouver. “As leases expire soon, homeowners have found it difficult to finance mortgages or repairs and improvements. Heritage Vancouver encourages the City to initiate the lease renewals as soon as possible, to avoid a decline in housing quality, and create a new, stable future for this community.” 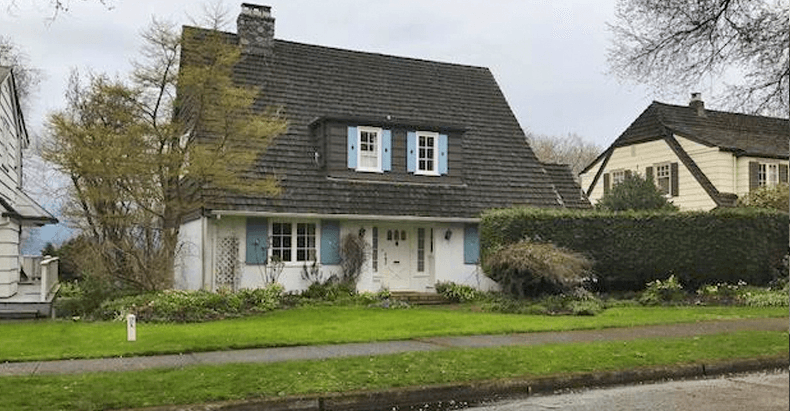 “Like many early-to mid-20th century homes in the city… houses on this street are smaller in size and building footprint than is allowed in single family zones,” said Heritage Vancouver. “As a result, the Wallace Crescent house cluster is threatened by redevelopment pressure that is typical on under-built lots, and also because the City does not recognize them as heritage, either as individual buildings, or as a special, significant streetscape.” 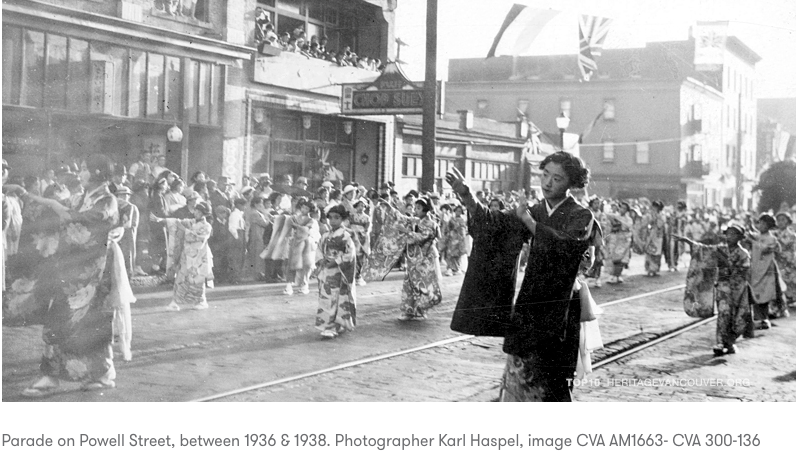 North Strathcona, including Powell Street Area (Nihonmachi, or ‘Japantown’), “is the site of Vancouver’s earliest beginnings and a place that was an ancient indigenous seasonal camp,” said Heritage Vancouver. “Individual sites in this historic district, and the heritage urban landscape as a whole, continue to be vulnerable to redevelopment pressure. Vancouverites risk losing not only built heritage, but also the irreplaceable value of the visual memory and stories of the Japanese-Canadian community.” 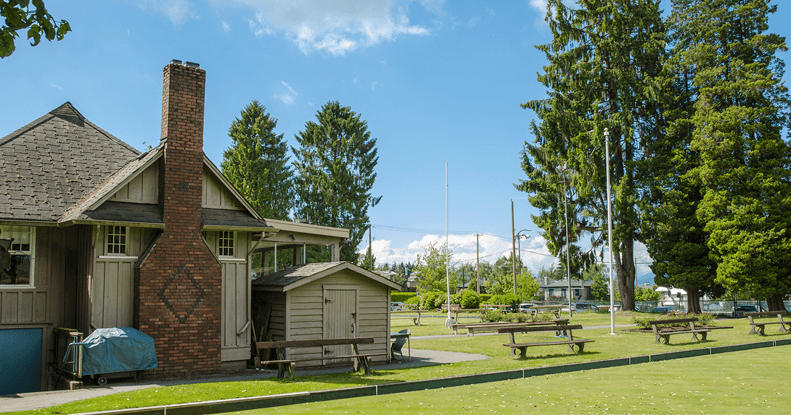 West Point Grey Lawn Bowling Club, which has been in place since 1921 (Heritage Vancouver)

Although Vancouver retains a “surprising” number of  lawn bowling clubs, some of which have been existence for a century; “lack of awareness of Vancouver’s historic cultural resources can be problematic when development or changes occur, along with the lack of official recognition on the Vancouver Heritage Register of both built and cultural heritage community assets,” said Heritage Vancouver.