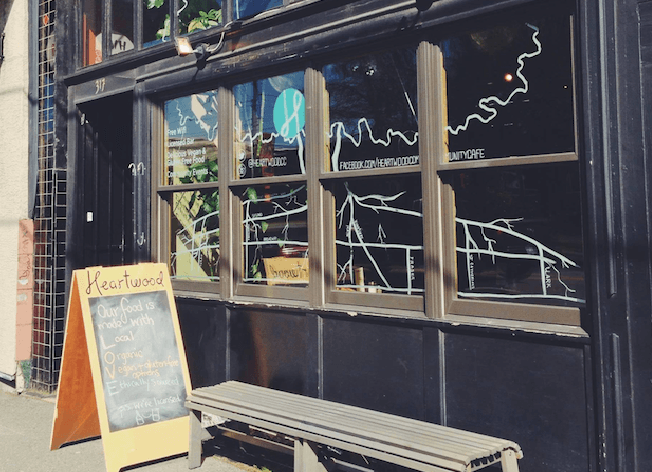 One of the most inclusive, social justice community spaces in Vancouver has shut its doors for good.

The Heartwood Community Cafe officially closed on Monday, leaving many loyal patrons feeling the loss of the beloved restaurant.

Heartwood opened in 2013 on 317 East Broadway after the Rhizome Cafe shut down in that location. Since then, it has served up delicious meals and acted as a social hub for the city’s artists, advocates, and grassroots organizers.

But with rising rent and operational costs, Heartwood’s primary funder, Trinity United Church, could no longer afford to keep the restaurant open, leading to its closure. 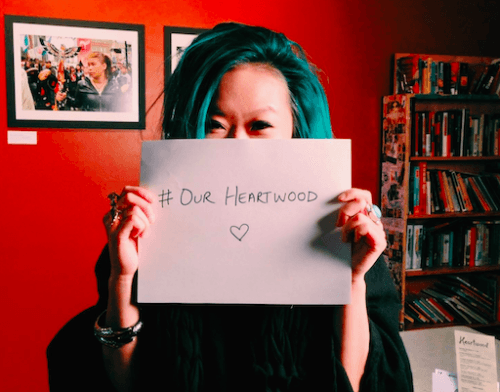 Although it was a financial challenge, the Heartwood’s mandate was putting people over profit – a difficult task in a city as expensive as Vancouver.

One of the cafe’s initiatives was a food program called ‘Soup for the People,’ which allowed patrons to pay whatever they could afford for a meal.

“You (could) put in a dollar, 5 bucks, 50 bucks, however much … because we believe the very centre of community building should always be around having a full belly. It’s from there we can move forward,” Matining said.

But Heartwood’s generosity did not come without challenges.

“It has been such a big learning curve trying to figure out how to stay both balanced in terms of being financially sustainable but then also centring that around being accessible to the community, which is our main goal. And at the end of the day, that was actually the reason we are closing,” Matining said.

The Heartwood was also a meeting and performance space for diverse arts groups and community organizations.

“All our events (were) seen as collaborations that would be helping not only us but (the artist) further their own vision around social justice,” Matining said.

One of the most popular events held at the Heartwood was ‘Breaking the Fast’ – an annual performance showcasing Muslim artists during Ramadan. Its co-founder Amal Rana told Daily Hive she enjoyed Heartwood because it was “loving, caring, and free of judgment.”

“I (went) there regularly. Everything from my interfaith organizing to just eating brunch there,” she said.

Rana sees the closure of the Heartwood as a “huge loss” for Vancouver.

“It’s not just losing the physical space. It’s about who came into the events because of Heartwood.”

‘I don’t know what we are going to do’ 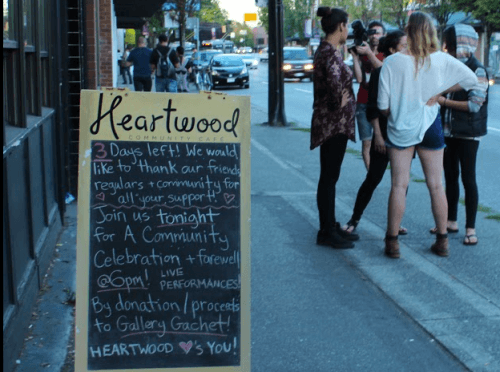 Rana is not sure where Breaking the Fast will take place next year. “I don’t know what we are going to do,” she said. But the Heartwood’s staff are trying to ensure their patrons can continue to hold events in other venues around the city.

“In the closure of Heartwood, I know that  a lot of us …are interested in trying to figure out how we can push that forward so it’s not the same story of community spaces closing again,” Matining told Daily Hive.

On August 3, the restaurant hosted a two-day panel featuring representatives from various community-based organizations such as Gallery Gachet and Red Gate Arts Society.

The purpose of the event was to address the lack of inclusive spaces in Vancouver but to also establish solutions.

“We were trying to raise those questions about what is going on in Vancouver, what is the climate of community spaces and why all of them closing down and losing funding,” Matining said.

While the fate of Breaking the Fast is still up in the air, Rana is definitely feeling the loss of Heartwood.

“To me, it’s the heart of the city…I think it’s oxygen. We need these kinds of spaces to breathe and be with each other and have a healthy city.”