Just in time for the start of December, Christmas lights are shining brightly at downtown Vancouver’s 100-foot-tall Harbour Centre antenna. The lights atop the 581-foot-tall building are an annual Vancouver tradition, having begun more than 30 years ago, and act as a seasonal beacon for the nighttime skyline.

According to Antonio Dal Sasso, the Director of Operations for Harbour Centre, the long strands of wire carry 1,100 bright red Christmas lights. Altogether, it takes four workers between four to five hours to make the installation.

“Like the Christmas windows at Woodward’s in years gone past, we feel like we are part of the Christmas spirit in Vancouver,” Dal Sasso told Vancity Buzz.

The lights are typically turned off on New Year’s Day and taken down when there is a break in the weather. In 2010, the lights remained on the antenna until March, after the Olympic and Paralympic Winter Games. 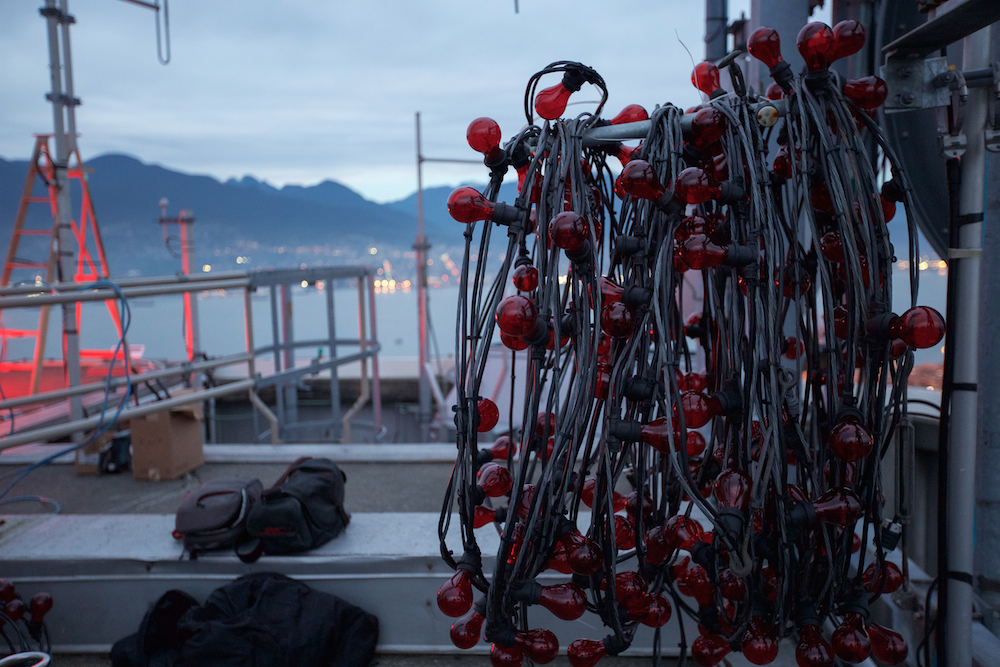 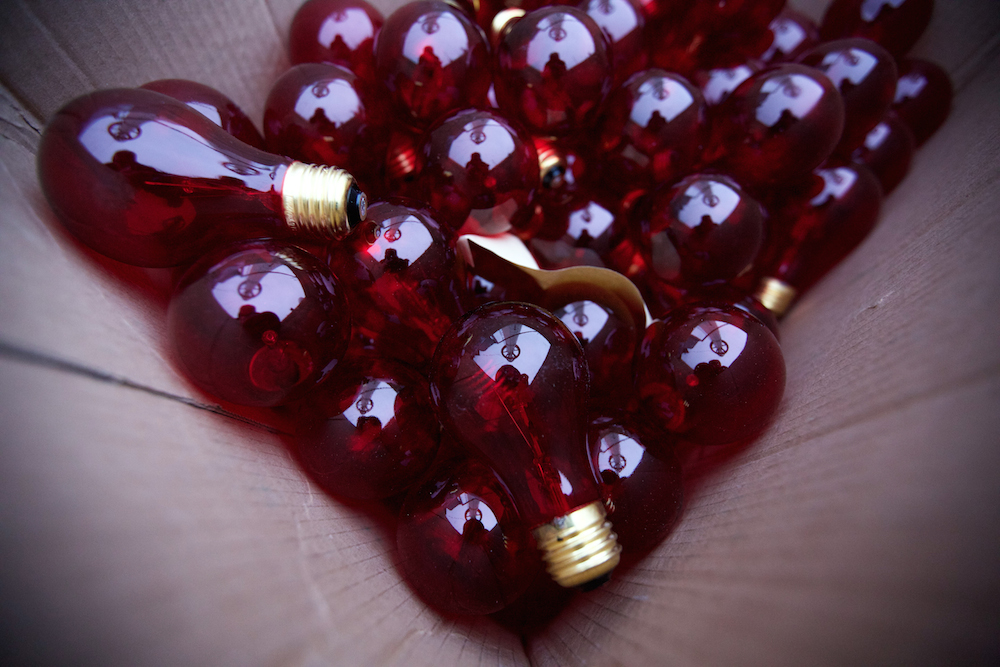 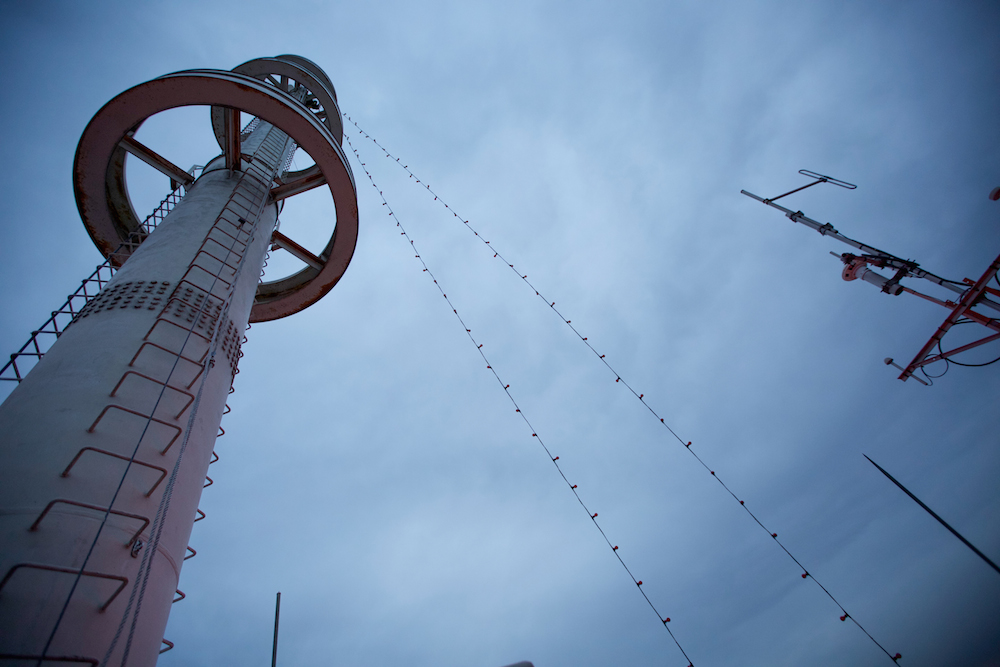 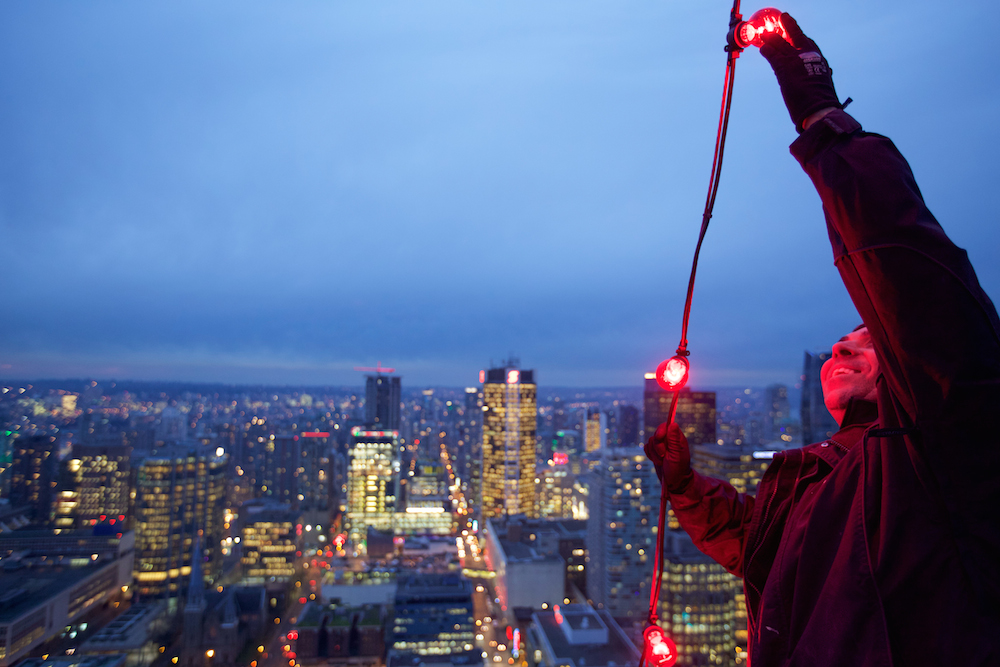 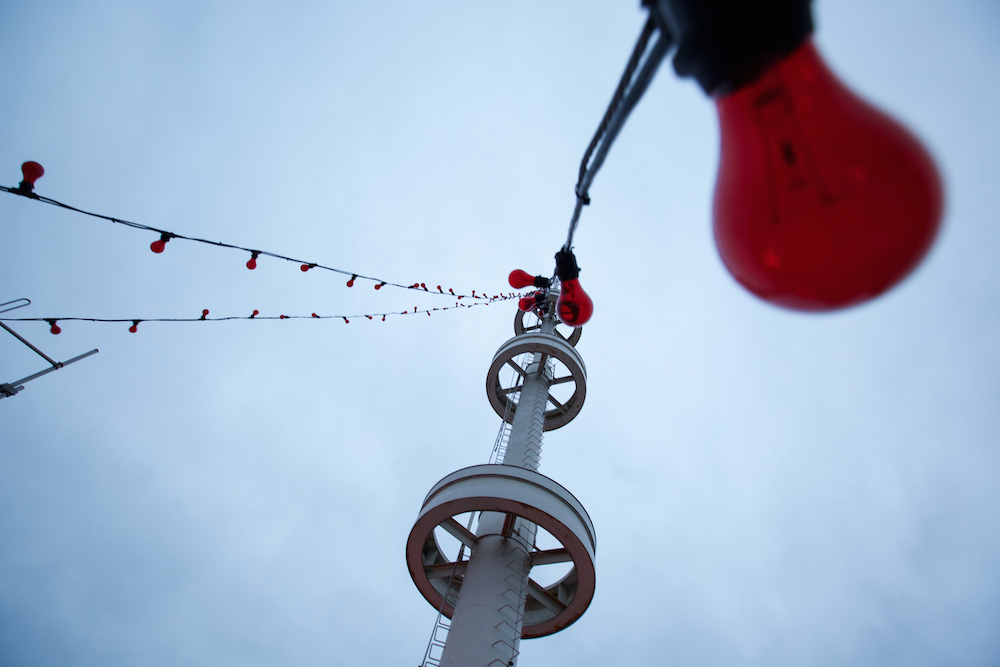 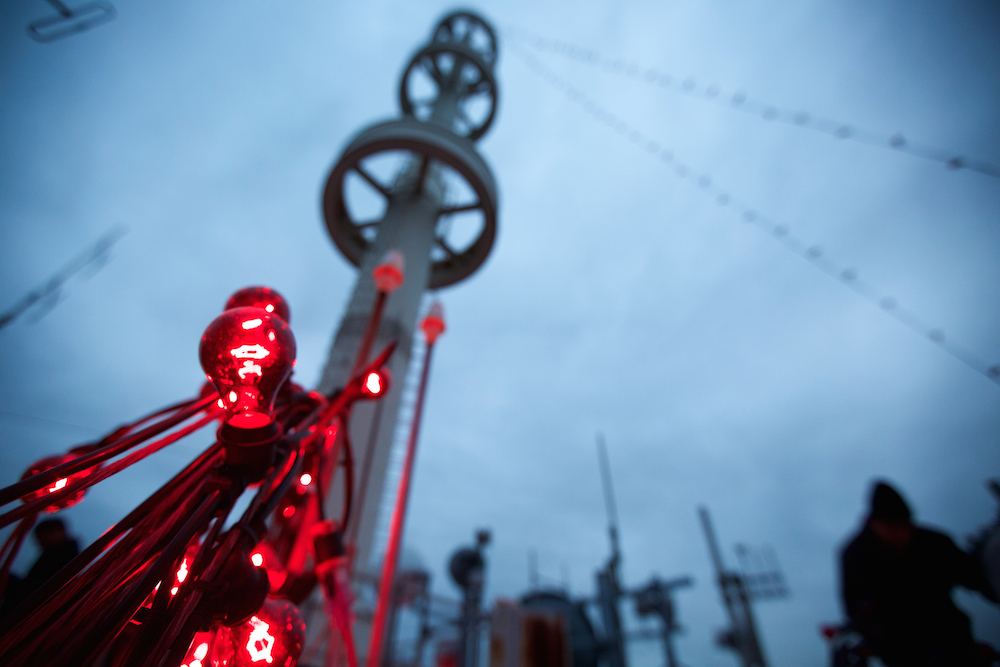 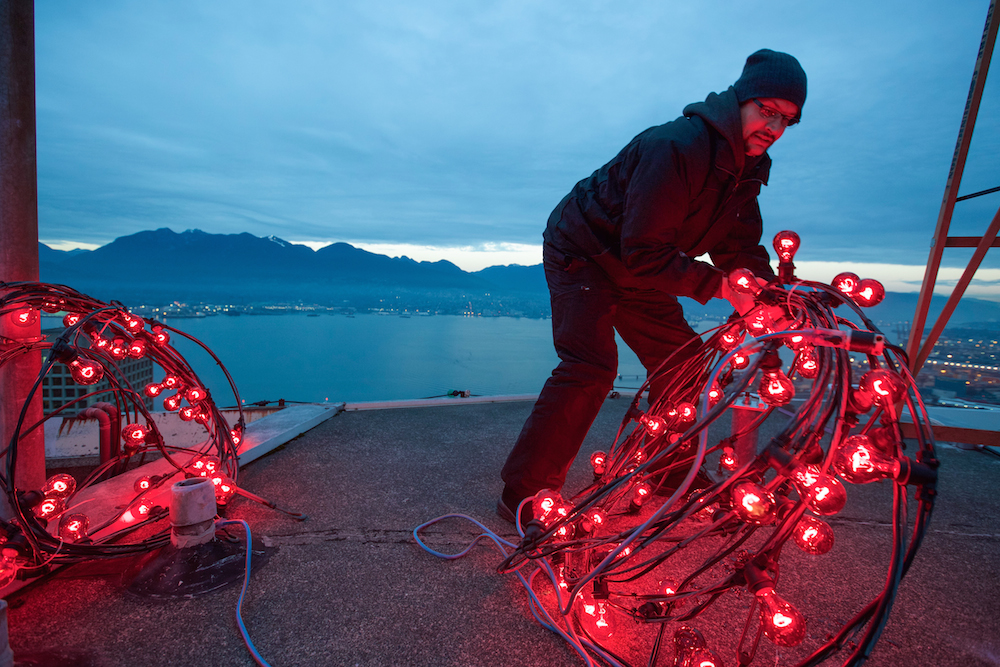 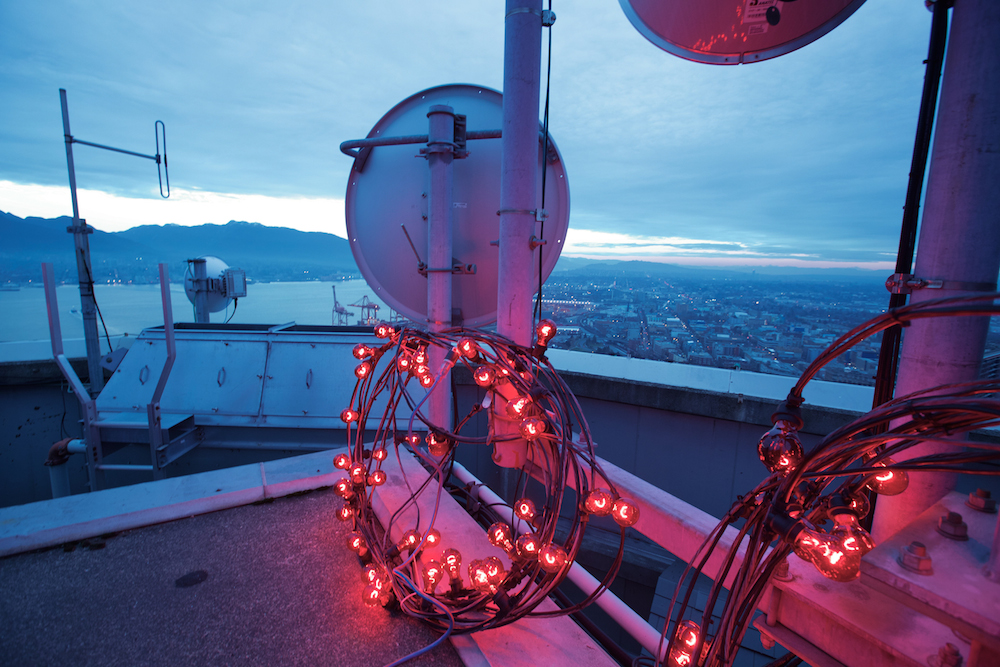 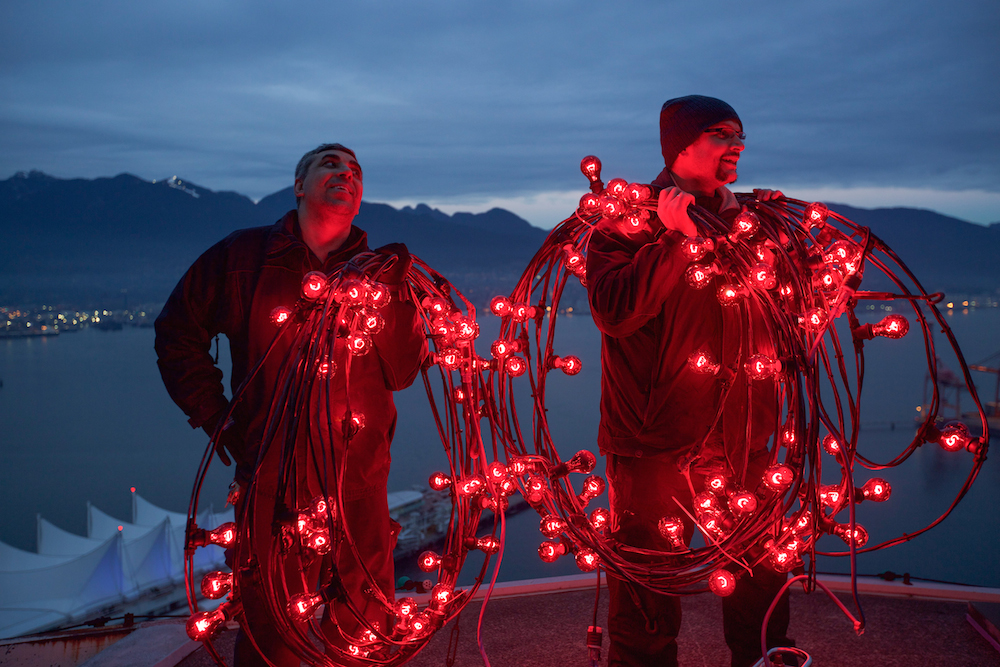 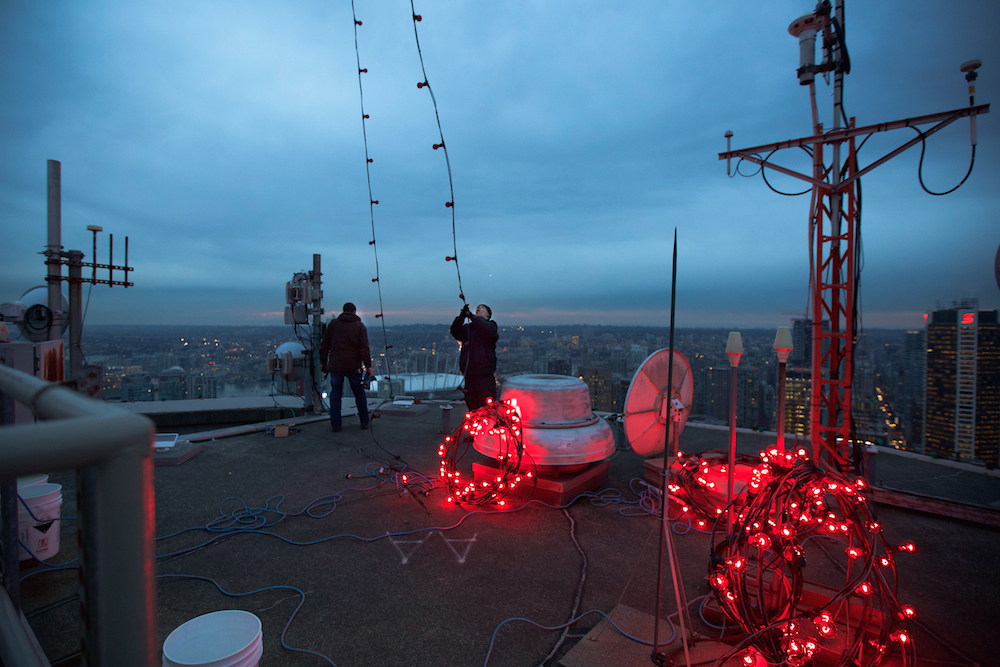 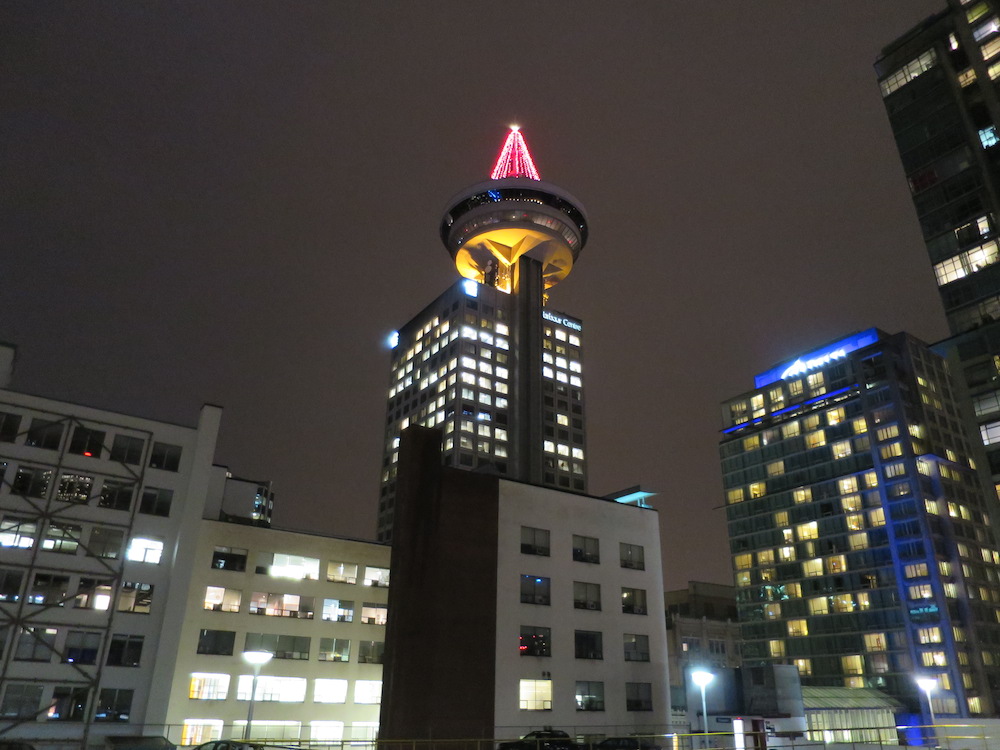