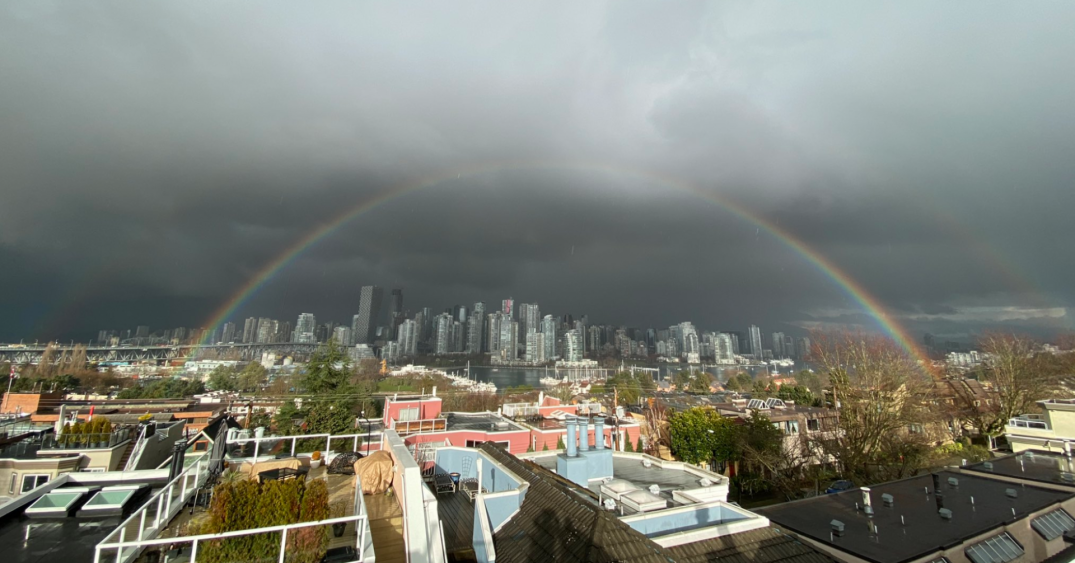 A double rainbow appeared over Vancouver Monday afternoon after a brief yet intense hail storm pelted the city.

The region has a mixed bag of weather in store, including several days of snow expected for later in the week.

Although Environment Canada had issued a snowfall warning for parts of Metro Vancouver, expecting up to 15 cm of flurries, the alert was called off earlier this morning.

Vancouver what the HAIL is going on pic.twitter.com/BKBbO1mPjF

Here’s a great video of hail in the #MountPleasant area. pic.twitter.com/DGsfJOBvr4

The intense storm quickly gave way to a burst of sunshine, and a rare double rainbow, over the city skyline.