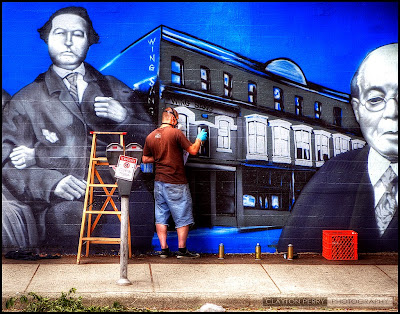 Remember when the City of Vancouver painted over the Beatty Street Mural (600 block of Beatty St. Near GM Place) right before the Olympics were coming to town? At the time many Vancouverites were outraged, however, others were happy as they hated cartoons growing up. Well the new mural is almost complete as local artists and from abroad are in town to help create the new Beatty Street Mural. One that is less commercial and more relevant to the city. 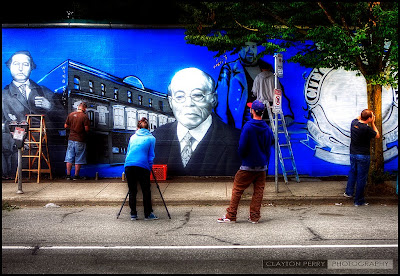 The project was spear headed by East Vancouver artist Vince Dumoulin. He and other local artists have been working ont the mural for almost a month now. The funding for the project came from the City of Vancouver and Concord Pacific. Yes, the very developer hated by the anti-gentrification crew.
The new mural will showcase Vancouver’s past, present, and future, with notable people and landmarks painted along the entire stretch of the mural. Can you recognize any of them? 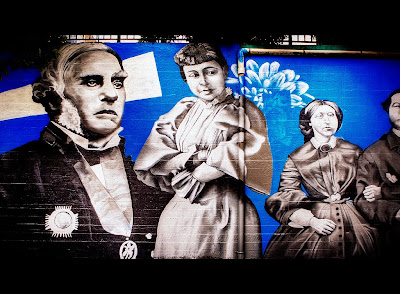 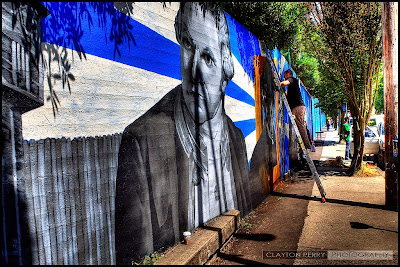 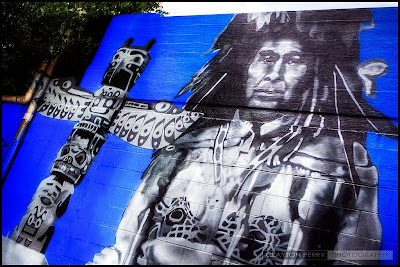 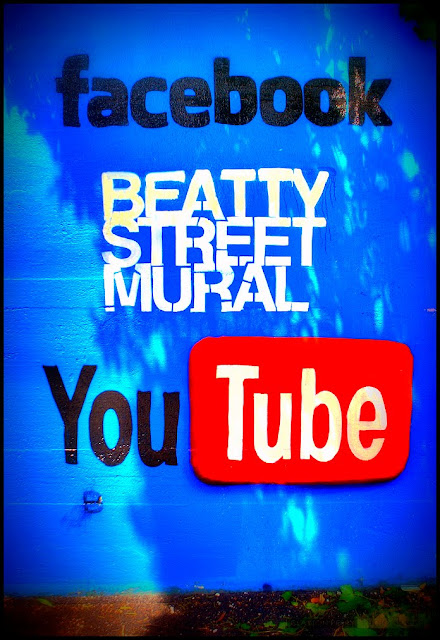