Vancouver is 0-for-1 in draft lotteries this year, after the Vancouver Giants failed to win the big prize at WHL Draft lottery this morning.

With a record of 23-40-5-4, the Giants missed the playoffs this season, finishing with the WHL’s second-worst record.

The WHL held a lottery for the six non-playoff teams to decide the draft order for the upcoming bantam draft. The lottery was weighted and teams could only move up a maximum of two spots. 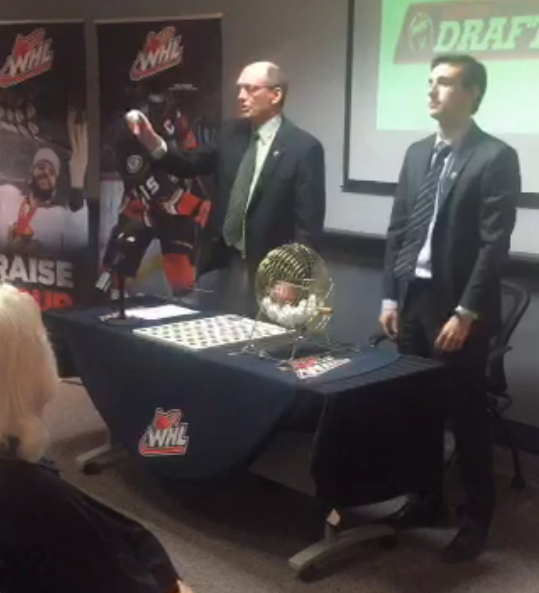 The end result was probably the right one, with the Kootenay Ice winning the first pick. Kootenay had the best odds of winning the lottery and were easily the worst team in the league this year, winning just 12 times in 72 games.